The cemetery is located midway between the coaling towns of Tenino (formerly known as Skookumchuck) and Bucoda, railroad/mining stations founded in southern Thurston County early in the territorial period. First interments date from the 1860s. Bucoda, the former site of the first territorial prison, was the larger of the two towns throughout the 19th century and contributed the majority of burials. Since about 1920 interments have come from several small Thurston County communities. In addition to the marked graves of several thousand residents it is believed an unmarked mass grave for territorial prison inmate burial relocations may be on the property. The cemetery expanded from the oldest sections on the north side with upright markers (many New England style slate stones imported from Eastern marker firms) to the newest sections on the south side with flat and pillow markers. Many of the markers are now considered historic. The cemetery was canvassed by the Olympia Genealogical Society in 1990 and cemetery records were made available from the local sexton. 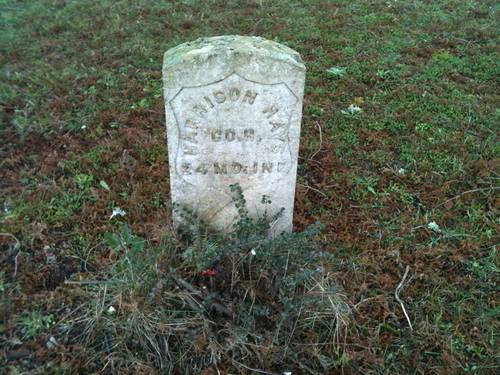