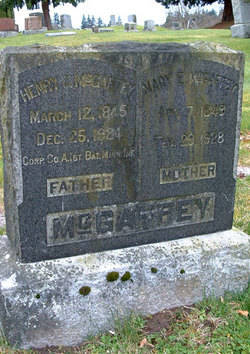 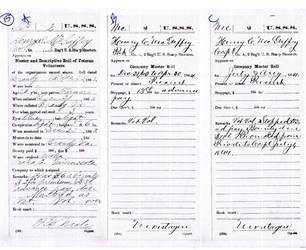 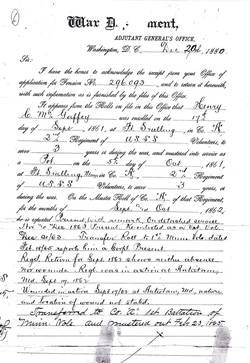 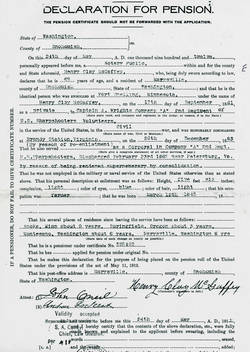 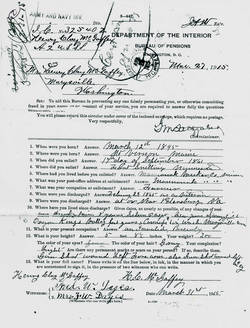 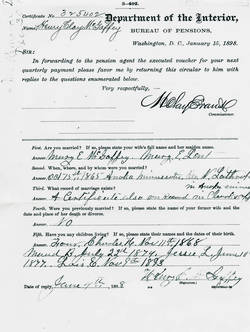 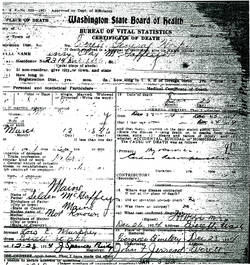 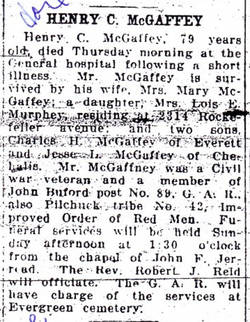 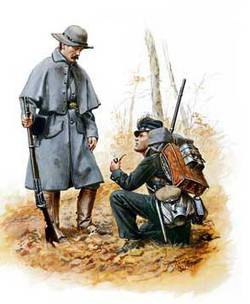 The 1st Minnesota sharpshooters left the state one day following Federal muster. .It then travelled to Washington, D.C. where it reported to Colonel Hiram Berdan and became Company "A" of the 2nd U.S. (Berdan's) Sharpshooters. Throughout its existence it would remain associated the Union's Army of The Potomac in the "eastern theater."

Despite its designation as only a company within the 2nd, there are indications the unit maintained enough of a separate identity to be occasionally referred to, such as after the 9/17/62 battle of Antietam Sharpsburg, MD as the 1st U.S. Sharpshooters. Still, as the regimental history points out, the history of the 1st is so closely identified with that of the 2nd, "it must be treated so in a general way, with special notations in reference to the company."

In May, 1862 the 1st/2nd moved to Fredrickburg, VA. Enroute, in a railroad collision near White Plains, VA several members of Co. "A" were among the injured. In July, Cos. "A" and "C" made a reconnaissance toward Orange Court House and, by the promptness of their actions, broke up an enemy charge.

Late August, '62 actions surrounding the 2nd battle of Bull Run/Manassas/Warrenton included skirmishes near Rappahannock Station and Warrenton Springs. During the battle proper 6 men were captured by the Rebels.

Company "A" of the1st/2nd, was at the battle of South Mtn., MD and participated in the battle of Antietam/Sharpsburg. During that bloody affair it lost one man killed and nine injured or wounded. According to The St. Paul, MN Pioneer newspaper of Wednesday, 10/6/62, a soldier named Mcoffy was "wounded in the arm, slightly."  The 1862 combat year closed with action at Fredricksburg, VA.

May, 1863 found Co. "A" of the 1st / 2nd at Chancellorsville, VA and, in early July, at Gettysburg, PA. At Gettysburg it aided in saving Little Round Top from capture and in breaking the Pickett/Pettigrew/Trimble charge. After this it was ordered to the skirmish line and advanced upon Culpepper Ct. House, VA. As 1863 ended nearly all Co. "A “of the 1st / 2nd re- enlisted.

During the first half of May, 1864 as Union Gen. U.S. Grant launched his Overland Campaign southward through Virginia towards Petersburg Co. "A" of the 1st/2nd was engaged almost day and night in either skirmish or guard duty. Actions during this period included Spotsylvania Ct. House, the Po River, the North Anna River, near Hanover Ct .House, Wilcox Landing and before Petersburg.

When the 2nd U.S. Sharpshooters disbanded in February, 1865, Co. "A” of the1s/2ndt became part (a consolidated unit known as) the 1st MN (Sharpshooters) Battalion with which it was mustered out of service on (date). Original strength of the company was 96; gain by recruits 12; total 108. Loss by death 13; discharge 36; mustered out 59.

The 2nd U.S. Sharpshooters was organized between October, 1861 and February, 1862 from units drawn from the state of Minnesota, Michigan, Pennsylvania, Maine, Vermont and New Hampshire. Final assembly of this regiment of crack rifle men, who wore distinctive green uniforms with brown buckskin leggings, was under the command of Colonel Hiram Berdan, from whose surname the regiment was to gain its nickname, "Berdan's Sharpshooters.”

The unit maintained its Berdan moniker after the colonel resigned his commission and returned to private life. An "eastern theater" organization, except for the earliest months of its 3 year period of existence, the regiment always fought with the Army of the Potomac. The history of the unit basically parallels that of the 1st Minnesota as outlined above.

When the 2nd U.S. Sharpshooters were mustered out and disbanded in February, 1865, remaining troops, including those of Co. "A" of the 1s/2ndt were transferred into what was known as the 1st Minnesota (Sharpshooter) Battalion. This entity existed for only a brief period of time before it, too, was mustered out of existence.

Although company muster rolls would designate private McGaffey as being eighteen years of age he was, in actuality, much younger.  Of interest in connection with his enlistment was a written statement given by his parents as follows: “This may certify that our son Henry Clay (sic) have our consent to (enter) the army and help to protect our country, and save the union.”

Fall, 1861 and all of 1862 found Private McGaffey  - on at least one occasion his surname appeared as McGaffry - on "detached service" as an ambulance driver.   It appears that while so engaged during the September 17th battle of Antietam/Sharpsburg, MD he was wounded.  The wounding being minor, he was present with his unit as 1862 came to an end. The ambulance driving assignment garnered him extra pay.  He returned to his unit in January, 1863.

In late December ’63 near Brandy Station, VA private McGaffey re-enlisted for three years as a veteran volunteer soldier. For re-enlisting he received a $300 bonus or “bounty.” Throughout 1864 and into early 1865 his wartime experience was apparently benign. He was mustered out of the service in February of ’65.

The war behind him Henry returned to Minnesota and settled in or near the community of Anoka in Anoka County which is where his 1863 re-enlisted was credited. He would remain there for the next eight years. The 1870 census would note that his "next door" neighbors were his parents and brothers William, George, Wallace and Seldon.

While many Civil War veterans buried in the Pacific Northwest spent much of their lives gradually moving westward, such was not the case with Henry McGaffey.  Around 1873 Henry and family made a "quantum leap" from Minnesota to Salem, Oregon. Why the move was made is not documented, but likely it was because of the timber industry as the 1870 census had listed Henry as working in an Anoka sawmill. While in Oregon the family migrated northward, first to Springfield, OR in 1874/'75 and then to Buena Vista, Polk Co., Oregon where the 1880 census listed Henry as a "hotel keeper."

Circa 1880/'83 the McGaffey's moved further northward to the community of Marysville, in western Washington Territory. Again, the why for the move is not documented. In the years between then and 1900 a number of changes beset the family; at least one good, others not so good.

First off, in 1892 daughter Louis was born. The place of birth is not documented as, due to a fire in Washington, D.C., most of the census for that year has been lost. Secondly, on 4/26/97 Addie died and on May 21, 1900 Maude died. The location of the deaths is not known, but at the time of the 1900 census Henry, Mary and Louis were residing in the Chehalis County, Washington community of Cosmo polis where Henry was once again employed in a mill.

1915 found the McGaffey's in Marysville, WA they were still there in 1920 when the census listed Henry as having no occupation. Besides Mary, also in the household were daughter Mary Murphy and her son, Edward.

On 12/15/24 retired lumberman and former Civil War soldier Henry Clay McGaffey, aged 79.9 years died. He and Mary's residence at the time was 2314 Rockefeller, Everett, but death came in the Everett General Hospital "after a short illness.”. Cause of passing was noted as myocarditis and cardiac decomposition. His Everett Herald obituary related that he was survived by his wife and daughter Lois residing at the Everett Rockefeller address, son Charles also of Everett and son Jessie of Chehalis, WA. Of interest is the fact that besides being a member of the Everett G.A.R. post, Henry was also a member of the Pilchuck Tribe #42 Improved Order of Red Men. Burial was in Everett’s Evergreen Cemetery.