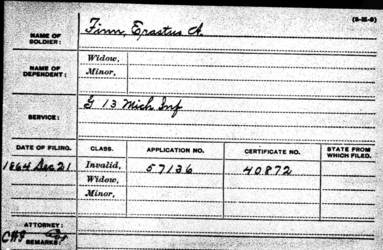 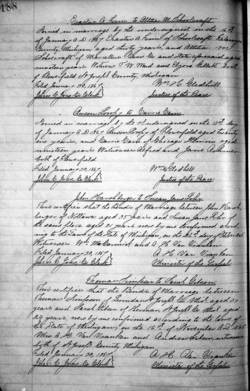 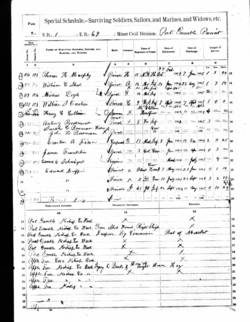 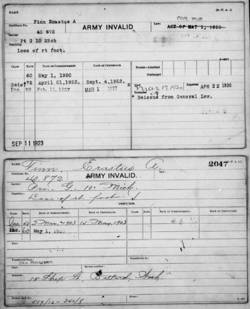 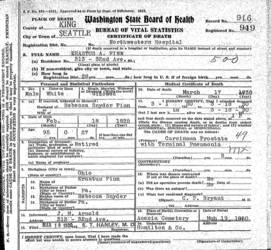 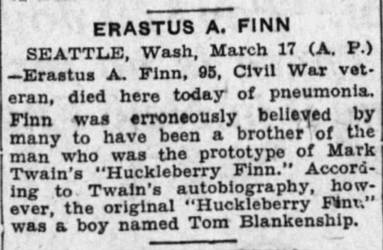 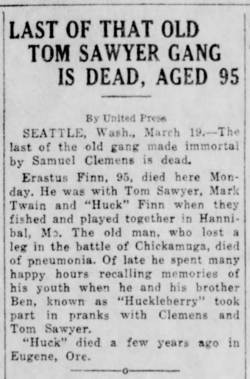 The 13th Michigan was a three year western theater infantry regiment. Mustered into Federal service in mid-January, 1862 it left the state on 2/12/62 and proceeded to Nashville, TN. From there, in early April it marched to Shiloh/Pittsburg Landing, TN arriving there at the close of that two day (4/6 - 4/7) battle. It then did railroad repairs along the Memphis and Charleston, Railroad before moving to Stevenson, AL.

After repulsing Rebel attacks on Stevenson the unit returned to Nashville, TN. From that city it travelled to Stone's River where it fought the enemy from 12/31/62 to l/2/63. During that battle the 13th defended the Union right and drove back the enemy with a bayonet charge. That action cost the regiment one third of its strength in killed and wounded.

The regiment next fell back to Chattanooga before encountering Confederate forces at Chickamauga, GA on SEPTEMBER 19th and 20th.  In contacts with the enemy near Lee and Gordon's Mills the 13th lost 107 killed, WOUNDED and missing. The regiment was then in the trenches at Chattanooga and took part in Union movements about Lookout Mountain and Missionary Ridge.

Returning to the field at Chattanooga, TN in April, 1864 the 13th performed construction duties and pursued Confederate forces until late in the year. That November it joined Union Gen. W.T. Sherman's forces in Georgia as they “marched to the sea."

In May, '65 the regiment proceeded to Washington, D.C. where it participated in the Grand Review. From there it moved to Louisville, KY for final muster. Arriving in Jackson, MI on 7/27/65 the 13th was paid off and disbanded.

Birth years for Erastus A. Finn range from 1833 through 1837. Herein we are adopting 1835. No specific birth month or date has been located, either.

Parenting Erastus were Erastus, Sr. (b. 2/22/05 MA or Clifford Township Luzerne County, PA) and Rebecca (nee Snyder b. 1805 PA or Elyria Lorain County, OH) Finn. Although not documented, the Finn family was likely a farm family.

As best as can be determined Erastus A. was the youngest of three children born to Erastus, Sr. and Rebecca. His older siblings were Benjamin Franklin Finn (b. 3/4/32) and Sydney Finn (b. 12/17/33). As both were birthed in Elyria Lorain County, OH, that, too, is likely where our Erastus was born.

On 1/8/62 Erastus A. - henceforth Erastus - was residing in Kalamazoo, MI. On that date he enlisted in the U.S. Army. His unit was the 13th Michigan Infantry.

Without accessing his military service records we know only a few things about soldier Finn. Firstly, on 6/30/63 he was promoted from the rank of private to that of corporal. Secondly, on 9/19/63 during the battle of Chickamauga, GA Corporal Finn was so severely wounded in his right leg that the limb, below the knee, was amputated. Thirdly, he survived the wounding and the surgery to return to civilian life.

Almost immediately (12/21/64) following his wounding discharge, Erastus applied for and was granted a U.S. Government military disability pension.  Unfortunately, without his pension records, details of the stipend are not known.

On 1/17/67 in St. Joseph, MI Erastus married. His bride was Orletia Marian Schoolcraft (b. 1847 Eyleria Lorain County, OH. When and how the two had met are unknowns, but they may have been together since 1865.

The 1870 U.S. Census found Erastus and family in Marcellus Cass County, MI. At that time Erastus noted his occupation as "farm laborer."

1880. Another decade. Another census. The population tally for that year placed Erastus - along with children William, Ella and Rebecca in Huntsville Randolph County, MO. By that date, Erastus, although lacking one leg, noted his occupation as "miner." He also noted that he was a widower. Reportedly Marian had died earlier that same year. Details of her passing are not available.

By 1883 Erastus was living in Snohomish County, WT. When he had arrived in the Puget Sound region of the Pacific Northwest is not known, but before coming here he may have made a stop in Kansas.

It may have been the coal mines of nearby King County that drew Erastus here because, as of March, 1885   he - and daughter Rebecca - had moved southward to the King County community of Preston located east of the city of Seattle. Preston is not far removed from the coal mining area of Black Diamond and, again, Erastus noted his occupation was "miner."

Not long after 1885 it appears Erastus moved westward across Puget Sound to the Kitsap County community of Seabeck. There, based on his days of Civil War soldiering he applied for a homestead grant. In this venture he was successful as on 1/22/91 he obtained the patent (deed) to the property.

As of 1895 Erastus was back residing in King County. His address was 2007 Grange Seattle, WA. His occupation at this point in his life was "expressman." Erastus would live out his remaining years- and he had quite a few to enjoy - in Seattle.

In 1908 Erastus' daughter, Ella, had married in Seattle. Thereafter the census tallies for 1910, 1920 and 1930 listed she, her husband and their child as residing with Erastus in his Seattle home.

Erastus died in Seattle on 3/17/30. He was aged 94 or 95 years. Burial was/is in the Acacia Memorial Park north of Seattle in unincorporated King County. That cemetery is now part of the north King County city of Lake Forest Park.

As a final point of interest, following Erastus' passing the following article appeared in a local newspaper.

SEATTLE, WASH, March 17 (A.P.) -Erastus A Finn, 95. Civil War veteran, died here today of pneumonia. Finn was erroneously believed by many to have been a brother of the man who was the prototype of Mark Twain's "Huckleberry Finn." According to Twain's autobiography, however, the original "Huckleberry Finn" was a boy named Tom Blankenship.