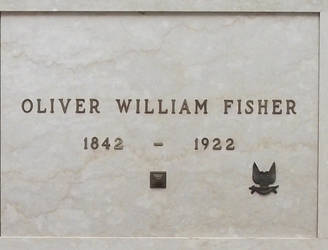 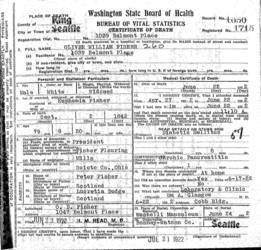 The 39th Ohio was a three year, western theater, infantry regiment. Organized and armed in August, 1861, that same month it moved by rail to St. Louis, MO. It then participated in all the operations which resulted in the capture of New Madrid and Island No. 10 along the Mississippi River. It then sailed down river and led the Union advance upon Corinth. Bloody conflicts at Iuka and Corinth followed. The fight at Parker's Crossroads concluded the year.

In 1864, after veteranizing and being furloughed home, the 39th joined Union Gen. W.T. Sherman's Campaign to capture Atlanta, GA. It fought at Dallas (5/26 - 61) then moved to Ackworth and Big Shanty (5 & 6/64). It next arrived at Kennesaw Mountain (6/27). A severe fight at Nickajack Creek followed. At the latter place the unit lost one third of its number in killed and wounded. With the capture of Atlanta the regiment then marched to the sea.

In January, 1865 the 39th joined the march of Union forces northward through the Carolinas. During these movements it took part in the battle of Bentonville, NC (3/19- 21).

Following the surrender of Confederate forces the regiment participated in the Washington City Grand Review. It was then mustered into history that July.

Parents of O. W. were Peter (no. b.d. Scotland) and Lucretia (nee Dodge no b.d. NY) Fisher. As of this writing there has been no information available pertaining to Peter Fisher's employment.

It appears O.W. had at least one sibling, a brother named Alfred. Alfred was born in 1840.

In August of 1862 O.W joined the U.S. Army. His regiment was the 39th Ohio Infantry. Beyond his enlistment date, without access to his military records we know very little about his period of service - not even the date he left the military. One thing we do know, however, is that he survived The War and returned to civilian life - somewhere.

O.W. married in 1866. His bride was Euphemia "Effie" Robinson. She had been born in Canada either in December, 1847 or ‘48. Her birth date was the first of that month.

As noted by the birth states of the Fisher children, a few years after marrying O.W. and Effie moved to Kentucky. What line of employment Oliver may have pursued in the Bluegrass State is an unknown.

By the time of Andrew's birth in 1872 the Fishers had removed from Kentucky to Missouri. Their original community of residence is unknown.

The U.S. Census for 1880 found the Fishers in Johnson Polk County, MO. At that time O.W, noted his occupation as being "miller."

There is no census data on the Fishers for 1890 as most of that population tally was destroyed by fire. In 1900, they were still in Missouri, but by then their address was Springfield located in Greene County. O.W.'s occupation at the dawn of the twentieth century was "lumber man."

1910. Another decade. Another census. By the time that O.W. and family had quitted Missouri and moved westward to Bozeman Gallatin County, MT. There, living with his brother Alfred, O.W. was employed in a lumber mill.

Sometime between 1910 and 1920 the O.W. and Effie made their way to Seattle King County, WA. With O.W.'s  background in grain milling, what had drawn them to the Puget Sound region of the Pacific Northwest was without doubt the successful Fisher Flouring Mills which had been founded in 1910 by two of their sons, O. D. and W. O. Fisher.

In 1920 Seattle O.W. noted his occupation as "flour manufacturer." At some point in time be became president of the family owned and operated Fisher Flour Mills  as that was printed in his death certificate at the time of his 1922 passing.

As of 1920 O.W. and Effie were residing in Seattle at 1047 Belmont Place. One or both were ailing because one of the residents of their home was identified as a thirty five year old nurse.

Effie died in Seattle on 3/2/21. Details of her passing are not known as no Washington State Death Certificate for her has as yet been located. Her remains were interred within a mausoleum  at Acacia Memorial Park located in unincorporated - the location is now a part of the City of Lake Forest Park - King County North of Seattle.

Around 1913 O.W.  had begun to suffer from diabetes. During 1921 that ailment was joined by chronic pancreatitis. On 6/17/21 the old soldier underwent an operation for one - or both - conditions. Returning home to recuperate, he died on 6/22/22. He was aged 79 years, 9 months and 20 days. His earthly remains were laid to rest on 6/24/22 with those of Effie in the Acacia mausoleum.

After O.W.'s passing the businesses founded by his sons and other family members continued to flourish.,.  Expansion came in the form of broadcasting interests including Seattle's KOMO radio and television stations - as well as others around the Pacific Northwest - and real estate holdings. In the twenty first century the Fisher family name continues to be a pillar in the Northwest business community.