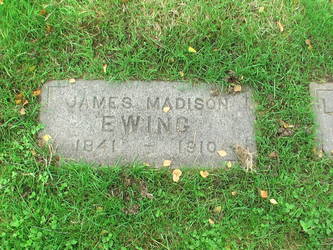 The funeral services will be held Tuesday, at 2 p.m., from the new chapel of the Fremont Undertaking Company, Masonic Temple, Fremont. G. A. R. and friends invited to attend. Interment G. A. R. cemetery.