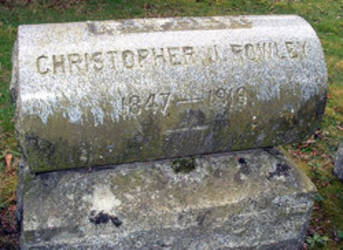 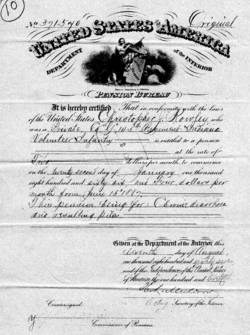 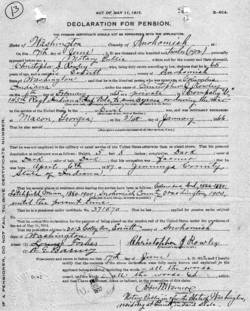 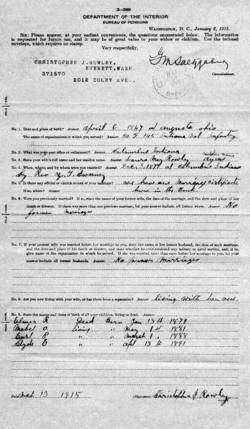 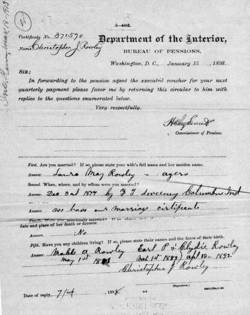 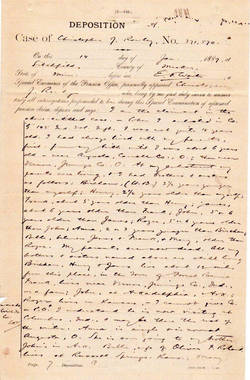 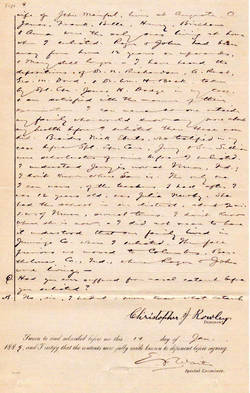 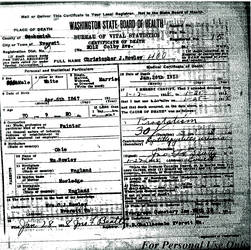 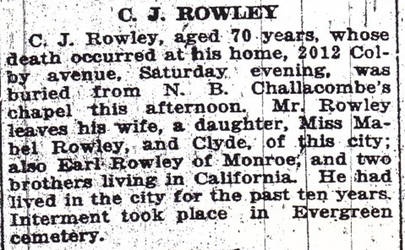 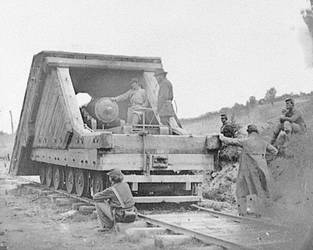 This one-year "eastern theater" regiment is somewhat unusual in that it was raised almost as  the American Civil War was about to come to an end. For the most part, recruits drawn into the fray that late were assigned to existing regiments, rather than being organized into a new unit such as the 145th.

Recruited from the 3rd Congressional District, the 145th left Indiana two days following Federal muster and proceeded to Nashville, TN and, from there, through Chattanooga to Dalton, GA where it arrived on 2/23/65. Once in Georgia it was assigned to railroad guard duty for some time before being moved to Marietta, GA where it remained until fall. Transferred to Cuthbert, GA, the regiment remained there until final muster.

The 145th's only brush with the enemy appears to have been documented in the following report by Capt. John P. Cravens dated 3/6/65 directed to Maj. Gen. Steedman and labeled as Skirmish Near Tunnell Hill, GA (3/3/65):
"I was out repairing the wire (telegraph) with a small squad on Friday last, and was attacked by McDonald with double my force. He captured four of my men. After paroling theme (sic) he sends a note addressed to you which is as follows:
I am in command of a detachment by order of Gen. Wheeler, C.S. Army. I am not a guerilla, as you suppose. In now beseech you to recognize my paroles.  If not the crime of inhumanity be on your own head and not on mine.
A. McDonald. I shall send it by first train. Shall I recognize his paroles? Answer." The general's response is not noted.

Based on census data and the location of Ann/Anna's birth in 1852, sometime between 1850 and 1852 the Rowley family removed from Ohio to Indiana where they apparently settled near Vernon in Jennings County. The census from there in 1860 indicated Christopher's father was, by that time, a farmer.

In early 1865, with The War of the Rebellion nearing an end, the 5'8", dark-eyed, dark-haired and darkly complexioned Christopher departed his parents' farm to join company "G" of the 145th Indiana Infantry. According to Christopher, his younger brother, William, using his middle name, Bircham, joined the same regiment, but served in a different company. This, however, has not been documentarily confirmed.

Except for recurring bouts of illnesses such as catarrh (likely respiratory infection), diarrhea, jaundice, flux and fever, private Rowley's period of service appears to have been benign. Other than illness the only other record of note was that as of 12/14/65 he began daily duty as a provost (military police) guard in Albany, GA.

Exactly where Christopher resettled after being mustered out of the military is not clear. Likely he returned to Indiana and settled near Columbus, but this cannot be confirmed. By 1870 his parents were farming in Minnesota, but the census does not list him in the household.

In 1880 the census noted Christopher, a plasterer, residing in Columbus, IN, with his mother who was head of the household. Also in the home were Christopher's wife and young son, plus his older brother, James.

It appears that almost immediately following his separation from the service Christopher was granted a nominal $2 per month government disability pension based on ailments incurred while in the military. In 1887, while residing in Litchfield, MN the monthly stipend was increased to $4 based on the claim that about five weeks after enlistment while stationed at Dalton, GA he contracted diarrhea and catarrh as result of a severe cold contracted from a "wetting and freezing I gone on a march from Dalton. We were sent out after a number of people whom the bush whackers were pestering. We had to sleep without blankets that night and were wet and cold.....I have suffered ever since, but worse in wintertime." At death the former army private was receiving $19 per month.

Due to a fire, no census information from 1890 is available pertaining to the Rowley’s, but in 1900 they were still in MN living in or near Manannah in Meeker County. Christopher's occupation was then noted as "brick mason. Mabel/Mable, Earl and Clyde were also in the home. Apparently Elmer was, by this time, deceased.

Although the time line is not clear, at some point, perhaps as early as 1900 Christopher and family moved westward to Washington State. Why the move was made is not known, but their three remaining children moved with them.

In 1910 Christopher, then employed as a carpenter, Laura, Mabel/Mable, Earl and Clyde were all living together in the Snohomish County City of Everett. In 1912 their address was noted as 2012 Colby Ave.

On 1/26/18, 70.9 Christopher J. Rowley, then working as a painter, died at his Colby Avenue home. Cause of death was listed as prostatism- duration 33 years - with cystitis uremia contributing. Burial was in Everett’s Evergreen Cemetery.

After Christopher’s passing, Laura applied to the U.S. Government to receive a portion of her late husband’s pension. Although no documentation is available, likely the request was granted.

1920 found Laura living at the Colby Avenue address in Everett. Also in the home was her single daughter, Mabel/Mabel. It is not clear if, at that time, she or her daughter was head of the household.

Laura died 3/9/27. She is buried beside Christopher.