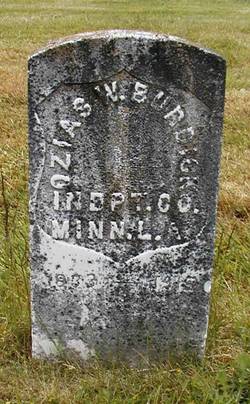 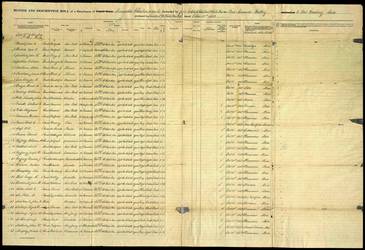 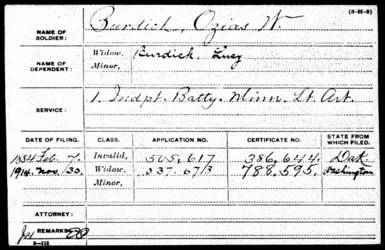 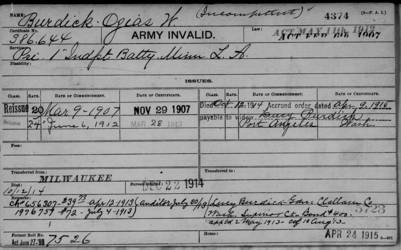 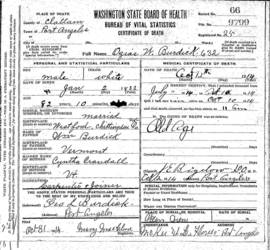 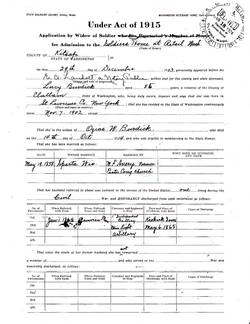 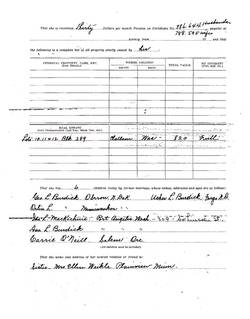 The 1st Minnesota was a light (4 to 6 gun) artillery unit. It spent its period of service in the western theater of the American Civil War.

Leaving the state, the 1st proceeded to Benton Barracks near St. Louis, MO. From there it was transferred to the arsenal where it received its armament.

In February, 1862 the battery was ordered to Pittsburg Landing/Shiloh, TN. During the (4/6 -7/1862) battle at that place it fired the first guns in the famed "Hornets' Nest."

After Shiloh/Pittsburg Landing came the siege and battle for Corinth, MS (10/4/1862). Shortly thereafter, at Vicksburg, a section (2 guns) of the battery was the first to open fire on the enemy fortress. That firing continued until the city's surrender (7/4/1863).

During the spring of 1864 the 1st departed Vicksburg and moved up the Mississippi River to Cairo, IL. From there it travelled through Tennessee and into Alabama. In June, 1864 it joined the forces of Union Gen. W.T. Sherman as they marched to capture Atlanta, GA. On 6/9/1864 it fought in the battles of Atlanta and Ezra Church. Two guns and sick men were then left in Atlanta as the 1st "marched to the sea."

On 1/13/1865 the battery embarked for Beaufort, SC. From there it continued with the Union armies as they moved northward through the Carolinas. The 1st so thoroughly silenced a Rebel battery at Cheraw (3/1865) that Union Gen. Blair presented the unit with one of the captured enemy guns.

Looking at the birth states of the Burdick children, it appears that after their marriage Ozias and Lucy settled in Wisconsin. By April of 1861, however, they had quitted that state in favor of Plainview Wabash County, MN. They remained in Plainview until sometime before 1870 because the U.S. Census of that year found the Burdicks in Clinton Falls Steele County, MN. In Clinton Falls Ozias was employed as a "carpenter and joiner."

Dropping back a few years, at the very end of 1864 Ozias left his wife and family and joined the U.S. Army. Although what prompted this move is not documented, perhaps it was financial gain. By late, 1864 some very hefty enlistment bonuses or "bounties" were being offered to new enlistees. That, along with the lure of a thirteen dollar per month salary may have drawn Ozias away from hearth and home.

Without access to his military service records, trials and tribulations Private Burdick may have faced while in the army remain unknowns. We do know, however, that he survived The War and returned home to continue growing his family.

As earlier noted, when Ozias entered the military he and his family were residing in or near the community of Plainview, MN. Whether that was the home he returned to we do not know, but by 1870 the family had relocated to Clinton Falls, MN.

Interestingly, although the U.S. Census for 1880 also noted the Burdicks in Clinton Falls, MN, the birthdates of children Asa (8/27/184) and Usher (2/21/1879) indicate the family was in the Steele County community of Owatonna during those years. Did the Burdicks move from Clinton Falls to Owatonna, then back to Clinton Falls before 1880? We may never know the answer to that question.

On 2/7/1884 after having moved to the  Dakotas, Ozias began the paperwork to obtain a U.S. Government disability pension based on his days of Civil War soldiering. At some point a stipend was granted, but without accessing his pension files early details of the payments is an unknown. As of 3/9/1907 he was apparently receiving $20 per month while on 6/6/1912 the payment appears to have been $24. By 7/4/1913 it may have climbed as high as $72 per month. More on the pension, later.

Where the Burdicks were living at the time of the 1890 census is not known as most of that population tally was destroyed in a fire. At the dawn of the twentieth century, however, the family had moved again as Ozias was farming in Grahams Island Benton County, ND. None of the other members of his family are mentioned as being with him, however.

On 11/19/1902 Ozias, Lucy and a twelve year old granddaughter moved to Port Angeles Clallam County, WA. Likely what had drawn them to the region was the fact that two of their adult children, Ida and Asa, resided in the area.

Ozias Warren Burdick died in Port Angeles, WA on 10/12/1914. Cause of his passing was noted on the death certificate as "old age." He was/is buried in the Ocean View Cemetery in Port Angeles.

Lucy was granted residence in the Washington Veterans’ Home located in Retsil Kitsap County, WA on 1/16/1924. Apparently, however, if she entered the facility she did not do so until 6/7/1924. Then, it is not clear how long she remained there as she was readmitted on 2/7/1929. On this occasion it appears she stayed for only two days before returning to her daughter’s home in Port Angeles.

*Alternate spellings include Farnham and Fairham.