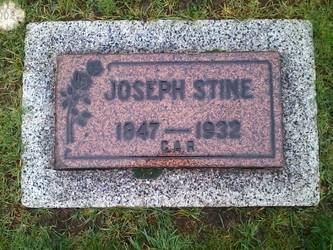 The 48th, a one year western theater infantry regiment, was organized and fielded during the waning days of the American Civil War. Never in combat, the unit primarily served in construction and guard/escort capacities.

Companies "I" and "K" departed Wisconsin on 3/8/65 for Ft. Scott KS. Eight additional companies departed the state on 3/8/65 and proceeded to Paola, KS, then on to Lawrence, KS.

The regiment was deployed by detachments. Duties included getting out timber for fortifications, protecting the country from guerilla bands, constructing bridges and erecting buildings.

On 8/10/65 the entire 48th was ordered back to Lawrence, KS. It then left that location on 9/6/65 for Ft. Zarah, KS. There, two companies were stationed while the rest of the regiment moved on to Ft. Larned, KS.

October 1, 1865 again saw the regiment divided into detachments that were assigned to various posts. Their purpose at that time was protecting mail and other government trains from attacks by Native American Indians.

Joseph Stine was born on 3/19/47. His place of birth was Switzerland.

Parents of Joseph were Casper (b.  SWI) and Elizabeth (no nee, b. SWI) Stine. It is not known if there other children in the family household. The Stines emigrated from Switzerland to the U.S. in 1854.

Beyond Joseph's birth and parental information researchers have not found any pre-American Civil War information on this man. Further, without accessing his military service records little is known about Musician Stine's period of service. We don't even known what kind of musician he might have been: Drummer? Fifer? Bugler?

Joseph entered the military on 3/17/65. He was discharged 9/27/65 on the basis of an unidentified disability.

Post American Civil War, the first we learn about Joseph is when, in 1874, he married. His bride was Sophia (nee Scharlan b. 4 or 5/13/56 Ger/Pru). Where the two had met, married then settled are unknowns, but the couple's first child was born during 1875 in Wisconsin, so all the events mentioned may have taken place there.

As noted above, the first two Stine children were birthed in Wisconsin. The second pair were born in North Dakota. The Stines had departed the former sometime after 1878, but before or during 1880 as the U.S. Census for '80 found them farming in James Town Stutsman County, ND. Five years later, in 1885, the family was in the same community.

We don't know where the Stines were residing in 1890 because most of that census was destroyed by fire. At the dawn of the twentieth century, however, they were still in North Dakota and Stutsman County, but by that time farming in or near the community of Albion.

By 1910 the Stines had departed North Dakota and resettled in Tacoma Pierce County, WA. What had drawn them to the Puget Sound region of the Pacific Northwest and exactly when they arrived here are unknowns. In 1910 Joseph did not list and occupation, so likely considered himself to be "retired."

1920. By that year the Stines had moved northward from Pierce County into the city of Seattle in King County. No census data for 1930 has been located, but when Joseph died in 1932 he and Sophia were residing at 911 North 50th Seattle.

Joseph Stine died at home on 9/25/32. Cause of the 85.3 year old's passing was "chronic endocarditis" (heart problems) of several years duration and "senility." According to the old soldier's 9/26/32 obituary in the Seattle Times newspaper, Joseph left behind his widow and two adult children in the Seattle area and two other adult children in North Dakota.

Burial was on 9/29/32 in the masonic-affiliated Acacia Memorial Park located just north of Seattle in unincorporated King County. The cemetery is now part of the city of Lake Forest Park.

On 3/24/83 while still in North Dakota, Joseph had been granted a U.S. Government disability pension based on his days of Civil War soldiering. Without access to his pension files the details of the stipend are unknown.

Immediately following Joseph's passing Sophia petitioned the Government to continue receiving at least a portion of the monthly pension payment. That request was granted on 10/7/32 but, again, without archival files, details of the payment schedule are not known.

* Joseph’s surname as listed in the American Civil War Research Database is Stein There is a good chance this was the spelling of his last name at the time of his birth. At some point, after arriving in the U.S.. the spelling was “Americanized.”