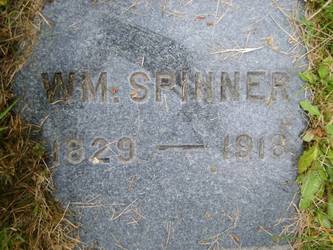 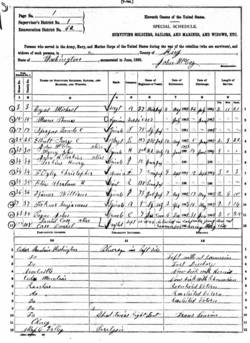 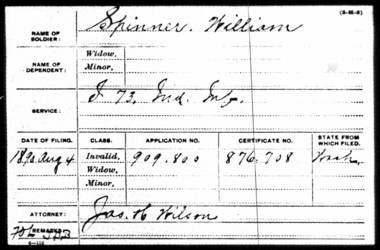 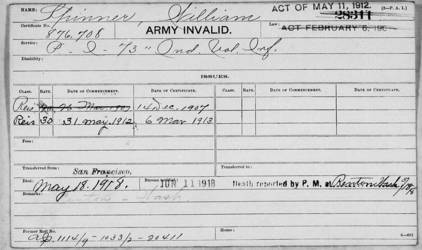 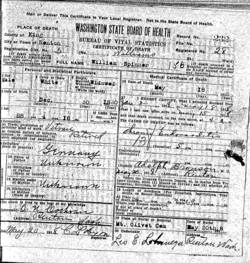 The 73rd Indiana was a three year western theater infantry regiment. Mustered into Federal Service on 8/16/62 it departed the state at once for Kentucky.

At Louisville, KY the regiment joined the pursuit of Confederate forces under the command of Gen. Braxton Bragg. The 73rd next moved to Gallatin, TN where it surprised the enemy and captured 19 prisoners.

In late December the 73rd marched to Stone's River, TN. Sharp skirmishing commenced on the 30th while the 31st saw heavy action. Fighting at close range the regiment lost more than 1/3 its numbers before charging the enemy and pushing him from the field. Under fire for six days the regiment was so exhausted that in January, 1863 it was placed on reserve status.

In April, '63 the 73rd was sent to Mississippi. There, it was mounted before being moved into Alabama and Georgia.

At Day's Gap (4/30) the 1500 man brigade to which the 73rd was assigned was attacked by a force of 4000 Rebel cavalry. Though badly outnumbered the 73rd and its brigade twice drove the Confederates from the field.

At Cedar Bluffs (5/3) the 73rd utterly exhausted, surrounded and almost out of ammunition was forced to surrender. The enlisted men were sent north for parole and exchange. The officers were imprisoned.

Returning to action several months later the 73rd was placed on guard duty along the Louisville and Nashville Railroad. During this period it had several encounters with the enemy. In the summer of 1864 it defended Prospect, TN from a raid by Confederate cavalry.

Ordered to Decatur, AL in September, 1864 the 73rd marched from there to Athens, AL. In Athens a secure fort which included a bombproof was constructed. When 4000 Rebel cavalry attacked the 500 man garrison and demanded its surrender, the demand was refused.   A resulting artillery barrage inflicted no damage and the Rebels were repulsed with heavy losses.

The winter of 1864/'65 was passed at Stevenson, Huntsville and Larkinsville, AL performing railroad guard duty. The 73rd was mustered out at Nashville, TN in July.

Without his pension files, life history information pertaining to William Spinner is, at best, sketchy. He was born on 12/30/30 in Prussia/Germany.  His German parents are not named and there is no information regarding possible siblings.

William immigrated to America in 1860. He settled in Valparaiso, IN. The 1860 U.S. Census tally for that region lists him as a farm laborer.

During the summer of 1862 William joined the U.S. Army. His rank was musician, but the nature of that musicianship - drummer, fifer, bugler, etc. - is an unknown.

Without accessing William's military service records not much can be said about his three years of enlistment. He did, however, survive The War and return to civilian life.

Where William resided post-1865 is unknown. The 1870 U.S. Census for Washington Buchanan County, MO shows a William Spinner (b. 1830 Prussia) family including wife, Anna (b. 1828 Prussia) and three Indiana-born children: William (1861), Christian (1862) and Anna (1863). This listing looks promising, but at this point in time it cannot be proven this our William Spinner.

A German William Spinner family has also been found in the 1880 census for Lyon Franklin County, MO. This, definitely, appears to have been a different William Spinner than our veteran because husband, wife and all children were born in Germany.

By 1889 our William had made his way to the Puget Sound region of the Pacific Northwest. Interestingly, he is by himself. Later census tallies note his marital status as either single or widowed. No children are ever mentioned.

What had drawn William here and exactly when he arrived are unknowns. In 1889 he is farming in the King County area of Washington Territory/State. Later notations specify his farm residency as being in or near the community of Renton south of Seattle.

On 8/4/90 William applied for a U.S. Government disability pension based on physical conditions or ailments which traced back  to his days of Civil War soldiering. At some point a stipend was authorized, but without access to his pension records it is unclear if the granting came in the 1890’s because of illness or not until 1907 when he would have been pension eligible based on age alone.

William Spinner died on 5/18/18 in Renton King County, WA. Cause of death was chronic endocarditis (heart disease) which had plagued the old solder for about five years. Also, he was an old man who had lived a very long life.