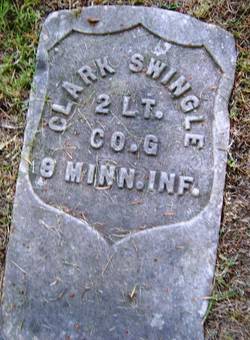 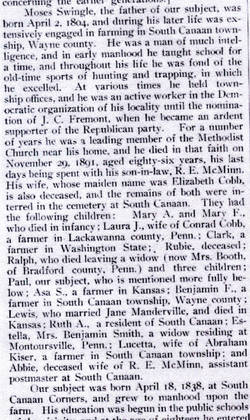 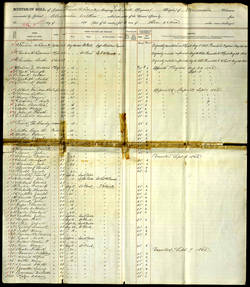 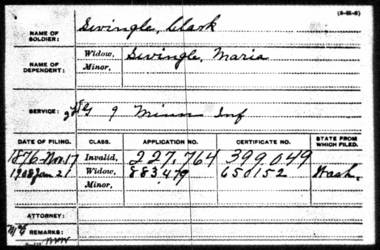 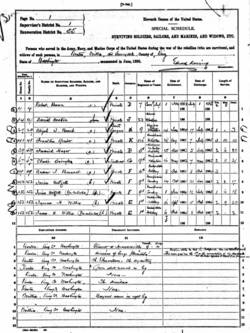 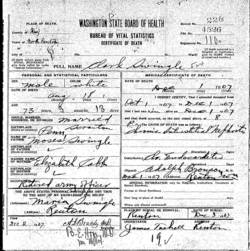 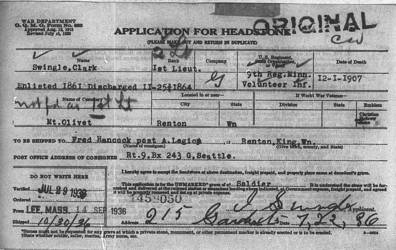 The 9th was a three year western theater infantry regiment. It fought in two wars; the first was against hostile Native American Indian tribes. The second was with Johnny Reb.

After America was divided by civil war beginning in April, 1861, disgruntled Native American tribes in Minnesota and the Dakota Territory (DT) - then the country's western frontier - saw an opportunity to reclaim their lands "stolen" by the white man. As companies of the 9th were formed they were sent out to widespread points in those areas to meet the Hostiles' threat.

Company "G" of the 9th was sent to Ft. Abercrombie, DT in early September, 1862 before it was even mustered into Federal service, it found the fort under attack by Sioux Indians. The company attacked the Sioux and routed them.

After Federal muster on 10/3/62 Company "G" performed guard and outpost duties through the spring and summer of 1863. The goodly number of friendly Chippewa Indians and half-breeds in the company's ranks proved valuable as scouts and helped gain Company "G" the reputation as skirmishers unequaled in any other company.

The Native American situation settled, the 9th came together as a regiment for the first time in St. Louis, MO on 5/26/64. Shortly thereafter it turned its attentions to Confederate forces in Mississippi.

At the battle of Guntown MS (6/10/64) it charged and routed a body of the enemy. Still, the Federals had to retreat losing 286 in killed, wounded and missing. Many of those "missing" soldiers died in Rebel prisons. The 9th was later lauded for keeping this "disastrous undertaking" from being even worse.

The 9th next went to Nashville, TN, but returned to Mississippi in June. During this period it participated in the battle of Tupelo and the Oxford Raid. Returning to Nashville it fought in the (12/15 - 16/64) battle for that city.

Several birth years exist for Clark Swingle. Herein we are adopting the year of our lord, 1834. The month was August. No date of birth has been found within available documents His place of birth was South Canaan Wayne County, PA.

On 9/21/57 Clark was still in Pennsylvania, but by then not living in his parents' home. Instead, he was apparently living on his own in Crow Wing Crow Wing County, PA. At the time he indicated his occupation to be "surveyor."

By 1860 Clark had quitted Pennsylvania. During the U.S. Census for that year he was residing in Otter Tail, MN. His occupation at that time was noted as "laborer."

On 8/16/62 Clark enlisted in the U.S. Army. His unit of service was the 9th Minnesota Infantry. Although we are unable to access his military records do known that his enlistment tenure was a positive one. On 10/30/62 he was promoted from private to the rank of sergeant. Then, on 5/2/65, he was commissioned as a second lieutenant. He returned to civilian life after being mustered out of Federal service on 8/24/65.

Departing the military Clark appears to have returned to Minnesota. There, on 2/28/67 in Stearns County he married. His bride was Maria Kenyon. Maria had been born in Illinois during the month of August, 1842.

Where Clark and Maria initially set up house is not known. As of 1870 they were farming in Osakis Gordon Todd County, MN. There they were granted 160 acres of homestead land. Living on and developing the property they received the patent (deed) to the tract on 12/15/75.

As noted by the different birth states of their children farmer Clark   moved his family around a number of times during he and Maria's during child producing/rearing years. In 1870/’71 (Robert's birth) and up to 1875 (Harry's birth) they were farming in Gordon Todd County, MN. By 10/78 (Irvin's birth) they were in Texas. Finally, when Edward was birthed in 4/80, they were in Missouri. The lure of new farmland was apparently very strong.

While the U.S. Census for 1880 had found the Swingles in Missouri, another census tally for 6/1/85 placed Clark - apparently by himself - in Albion Boone County, NE. The significance of this "loner" listing is not known!!

The onset of the 1890s Clark, Maria and their children were farming in Renton King County, WA. What had prompted them to come to the Puget Sound region of the Pacific Northwest is not known, but again, maybe it was the siren call of fertile, new farm land.

The U.S. Census for 1900 - the dawn of the twentieth century found the Swingles - Clark, Maria, Harry and Edward -still in Renton King County, WA. This would be Clark's final census.

Clark Swingle died in Renton King County, WA on 12/1/07. Cause of his death was chronic intestinal disease from which he had suffered since his Civil War soldiering days, but had very much afflicted him since 10/1/07. Contributing were heart problems. Burial was/is in Renton's Mt. Olivet Cemetery next to son Robert.

Dropping back some years, on 11/17/76 while still in Minnesota Clark had begun the paperwork to obtain a U.S. Government disability pension based on ailments which he traced back to his days of Civil War soldiering. In Private Swingle's case, this was chronic diarrhea. A pension was subsequently granted, but without access to pension files the onset of the stipend and monthly payment details are not known. What is known is that the intestinal disease finally killed Clark.

On 1/21/08, following her husband's passing, Maria petitioned the U.S. Government to continue receiving at least a portion of Clark's monthly payment. Although the request was granted, again, without obtaining her widow's pension files the details are not known.

After Clark's death Maria remained in her Renton home. Sharing the residence with her in 1910 were sons Irvin and Edward. In 1920 Irvin was still under her roof.

According to Swingle family sources, Maria died sometime in 1925. To date, however, no specific date has been located Even her final resting place is unknown.