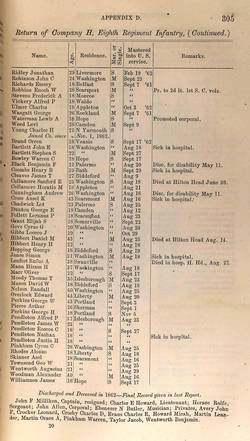 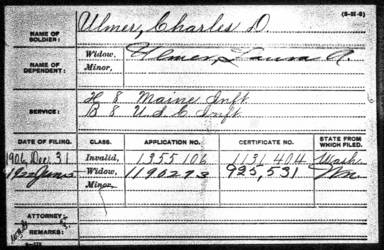 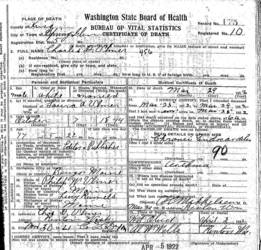 The 8th Maine was a three year infantry regiment. It fought in both the western and eastern theaters of the American Civil War.

Assembled during the summer of 1862, the 8th was made up of companies from different parts of Maine. It departed the state prior to Federal muster and travelled to Fortress Monroe, VA.

On 5/1/62 the unit moved to Tybee Island in the Savannah River. While there the 8th took a prominent part in the attack on and capture of Fort Pulaski, GA (4/10 - 11/62). From this time until the spring of 1864 the regiment was employed for the most part performing guard duties at Hilton Head, SC, Beaufort, SC and Jacksonville, FL. During this period it suffered much from sickness to exposure and diseases spawned by the southern climate.

In April, 1864 the 8th was transferred northward to Virginia. In Virginia the regiment moved onto the Bermuda Hundred peninsula outside Richmond. Until the surrender of Confederate Gen. Robert E. Lee on 4/9/65 the unit engaged in numerous skirmishes as well as arduous picket and guard duties.

After Lee's Surrender (4/9/65) the 8th was stationed in Richmond and at Manchester, VA until November, 1866. The regiment then moved back to Fortress Monroe where it remained until final muster.

The 8th USCT Infantry saw service in both the western and eastern theaters of the American Civil War. It was stationed in North Carolina and Florida to April, 1864 then moved northward into Virginia as part of the Army Of The James. The War having ended the unit moved to Texas before returning back to Philadelphia for final muster.

One of the operations the 8th participated in was an expedition from South Carolina into Florida 2/64 to 5/6/64). It then moved to St. John's Bluff (4/17/64). It remained there until August then took part in a raid upon Baldwin during July. In August the regiment moved into Virginia where it saw action at Deep Bottom (8/12/64).

Marching into the Richmond trenches the regiment remained there until that city fell into Union hands (4/2/65). Then began the pursuit of Confed. Gen. Robert E. Lee's troops which ended at Appomattox Ct. House on 4/9/65.

From Virginia the 8th travelled by sea to Texas. It remained there until moving back to Philadelphia for final muster.

Charles D. Ulmer was born October 7, 1844. The location of his birth was somewhere in the state of Maine.

In 1850 the Ulmers were residing in Mane. A decade later, in 1860, they were living in Charlestown Middlesex County, MA. Why the move? Available documents do not give us the answer to that question.

Lucy died in Boston, MA on 6/27/1861. After her death Philip apparently moved his sons back to Maine settling in Appleton.

Without accessing his military service records there is little that can be said about Private Ulmer's period of enlistment. However, he adapted well to military life as, at some point during 1864, he was detailed to brigade headquarters. Although he received some kind of wounding on 12/20/64 he continued in the service and, on 3/10/65 was discharged from the 8th to accept a 2nd Lieutenant's commission with a regiment of U.S. Colored Troops. He returned to civilian life in November of 1865.

Where Charles settled after leaving the military is an unknown. Likely, however, he had returned to Maine.

The next we hear of Charles is in 1868. Sometime that year he married Laura A. Dodge (b. 1845 ME). After marrying Charles and Laura settled in Maine. Their first child was born there during that same year.

As noted by the birth states of the Ulmer children and other data, Charles and Laura moved about during their child bearing/raising years.  As previously noted, it appears that after marrying they resided, for a time, in Maine (Philip). By 1870, however, they had removed to Chicago Cook County, IL (Charles, Jr.). By 1874 Illinois had been quitted in favor of Colorado (Ralph & Lucy). By 1878 the couple was in Sterling Rice County, KS. They would remain there for a significant period of time (William, Fred & Laura).

With the above described moves came occupational changes for Charles. In 1870 Illinois he was a "hardware agent." In 1880 Kansas he was a "publisher," while by 1885 he characterized himself as a "printer."

By 1900 "printer" Charles and family were living in Port Angeles Clallam County Washington. What had drawn the Ulmers to the Pacific Northwest and when, exactly, they arrived here are unknowns.

A decade later, in 1910, the Ulmer family was still in Washington, but by then had moved to Seattle located in King County. After the passage of another ten years, 1920 found Charles, then-retired from printing, “gentleman farming" in the south King County unincorporated region of Spring Glen/Brook near present-day Renton.

On 12/31/06 Charles began the paperwork process to receive a U.S. Government disability pension based on his years of Civil War soldiering. The request was granted, but without his pension files details of the monthly stipend remain unknown.

Upon the death of Charles Laura petitioned the Government to continue receiving at least portion of her late husband's financial benefits. That petition was granted, but again, without access to her pension files details of her monthly payments are unknown.

After being widowed Laura remained in Spring Glen /Brook King County. In 1930 she was sharing her home with sons Philip and Ralph, both of whom had followed in their father's footsteps and become printers.

* During the American Civil War George served as a drummer boy in Company "H" of the 8th Maine Infantry.  He survived The War