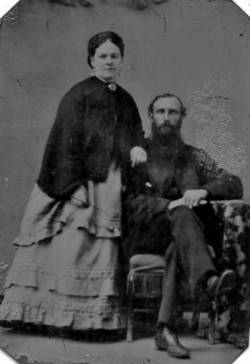 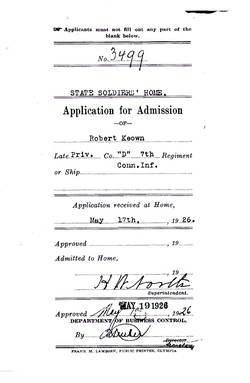 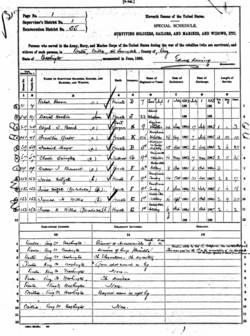 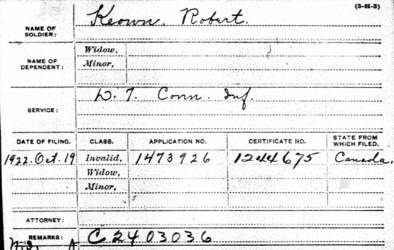 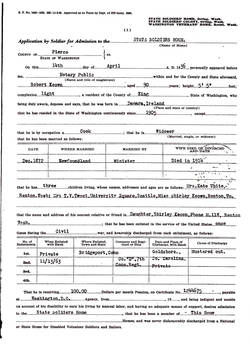 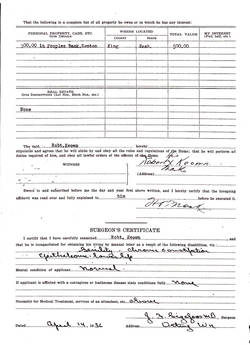 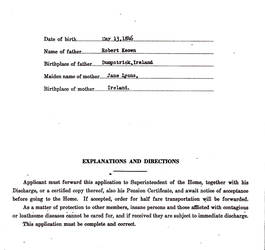 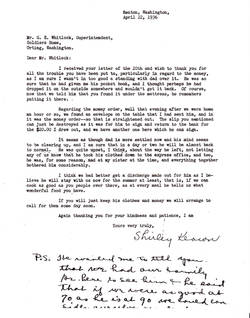 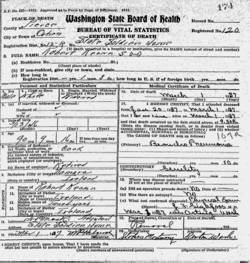 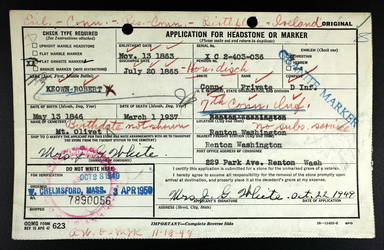 The 7th Connecticut was a three infantry regiment that saw service in both western and eastern theaters of the American Civil War. Mustered into Federal service on 9/17/61, it left the state the following day for Washington, D.C. and, then, Maryland.

In October, 1861 the 7th joined the Sherman - Dupont expedition to South Carolina. Actions at Port Royal led to the capture of Fort Walker and Fort Beauregard that November.

The Union forces next moved to the mouth of the Savannah River in Georgia and began erecting artillery batteries aimed at capturing Fort Pulaski. Construction being completed in April, 1862 attacks upon the fort began. Many members of the 7th were involved in manning the large mortars and siege guns. The fort fell to the Federals on 4/11/62.

After Fort Pulaski Union attentions were focused on Fort Wagner in Charleston Harbor, SC. During a night attack on 7/11/62 the 7th gained and carried the face of the fort, but lack of reinforcements forced it to retreat. During this action the regiment lost 104 out of the 191 officers and men participating in the fight.

In the fall of 1863 the 7th returned to Hilton Head, SC. It had been in the trenches and under constant enemy fire for ninety eight days.

During December, 1863 three hundred sixty three original members of the 7th re-enlisted and headed home on thirty day furloughs. Returning to the field in 1864 the veteran 7th, strengthened by new recruits, moved into Florida. There, the battle of Olustee was fought on 2/20/64. During this engagement the unit lost sixty nine officers and enlisted men.

In April, 1864 the 7th returned north to Virginia. There, it joined the Army of The James on Bermuda Hundred outside of Richmond. From 5/10 through 5/17 the regiment was almost continuously engaged with the enemy. During this period the 7th lost 205 men killed, wounded or MISSING/CAPTURED. From that time until year's end the regiment was constantly involved in skirmish and outpost duties.

January, 1865 found the 7th active in the second Fort Fisher expedition into North Carolina. That movement plus a series of other engagements resulted in the capture of Wilmington, NC on 2/22/65.

With the fall of Wilmington the shooting war was all but over for the 7th. It was mustered out at Goldsboro, NC on 7/20/65 then returned to New Haven where the men were paid off and the regiment disbanded.

Robert Henry Keown, Jr. was born 5/13/46. The location of his birth was Damara, Ireland.

Parents of Robert were Robert H. Keown, (Sr.) (b. Dumpstrick, Ireland) and Jane (nee Lyons b. Ireland) Keown. It is not known if Robert, Sr. and Jane produced children other than Robert, Jr.

When Robert, Jr. - henceforth Robert – came to America is not known. In the U.S. the first information pertaining to him comes from 11/13/63.  That was the date on which he enlisted in the U.S. Army His regiment was the 7th Connecticut Infantry.

Without access to Private Keown's military service records there is not much that can be said about his period of enlistment. However, we do know that on 5/16/64 during fighting at Drewry's Bluff near Richmond, VA he was captured by the Rebels.

Subsequently imprisoned at the infamous Camp Sumter located in Andersonville, GA. Private Keown survived the ordeal and was paroled on 12/11/64. Details of the parole are not known. Also, not known is on what terms our private may have returned to his regiment to finish out The War.

At some post-war point in time Robert moved to Canada. It was there in the Province of New Foundland that he married. That event occurred during December, 1872.

Robert's bride was Elizabeth June Quick. Elizabeth had been born in New Foundland, Canada on 8/29/50.

As noted by the birth places of the Keown children, after marrying Robert and Elizabeth settled and started their family in Canada. By 1885, however, they had removed from Canada and were residing in Renton King County, Washington Territory U.S.A. What had drawn them to the Puget Sound region of the Pacific Northwest and exactly when they arrived here are unknowns.

After settling in Renton we learn from census tallies conducted in 1885, 1887 and 1892 that Robert's occupation was "shoemaker." Details of that craft are not available.

All three above noted censuses found the Keown household in Renton composed of Robert, Elizabeth and various configurations of their children. Interestingly, beginning with the U.S. Census of 1900 and that of 1910, Robert is absent from the home. As of this writing, all that can be surmised is that Robert and Elizabeth separated.

Elizabeth died on 9/30/12. Details of her passing are not available. She was/is buried in Renton's Mt. Olivet Cemetery located in Renton King County, WA.

After the previously cited 1892 Renton census Robert disappears from available documents. He is not heard from again until two decades into the twentieth century. After that, available information pertaining to him is, at best, sketchy.

On 10/19/22 while residing in Canada Robert began the paperwork to obtain a U.S. Government disability pension based on his age and time of Civil War soldiering. The pension request was granted, but without the availability of pension files in initial details of the stipend are not known. By April, 1936, however, it had increased to a whopping $100 per month. To date, this benefit is larger than that received by any Civil War veteran dealt with in conjunction with this website.

By 5/17/26 Henry was back in the Puget Sound region of the Pacific Northwest. At that time he was seeking admittance to the Washington State Soldiers' Colony and Home located in Orting Pierce County, WA. His admittance was granted, but solid details about his residency are non-existent at the time of this writing. A form letter from the Home to the U.S. Government written on 6/27/31 hints that he may have been in residence there as of that date.

On 4/14/36 Robert, less than one month shy of his 90th birthday, again applied for residence in the Orting Home. When and why had he previously left the facility? We do not know.

From the 1936 application we gain a bit more information on Robert Keown the physical man. He was characterized as being 5'5" tall and having a light complexion. A widower, he listed his occupation as "cook." Further, we find he had never learned to read or write as he signed the admittance document with His "X" Mark.

Once again admitted to the Orting Home Robert's residency did not last for long. On 4/22/36 there is a letter from married daughter Shirley to the Home director referring to the finding of a supposedly missing wallet and Robert removing his clothing from the Orting facility. Further, there is a request for Robert to be discharged from Orting as, at least during the forthcoming summer, he would be residing in Renton with his daughter and her family.


By March, 1937 Robert was back in Orting Home. Retired cook Robert Henry Keown died in Orting Pierce County, WA on 3//1/37. At passing he was 90 years, 9 months and 16 days of age. Cause of the old soldier's death was bronchial pneumonia which had begun to plague him in January of '37. Contributing was senility.