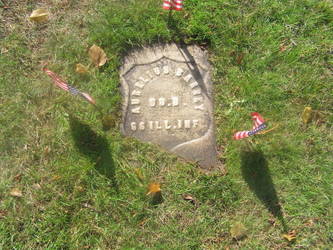 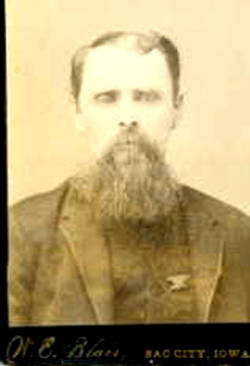 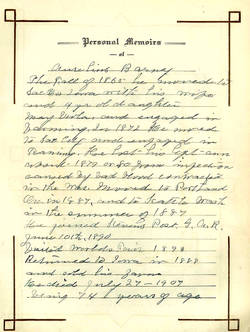 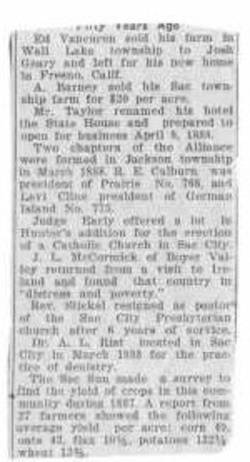 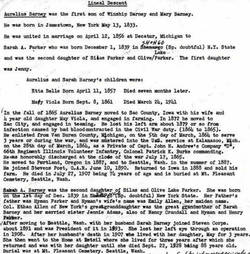 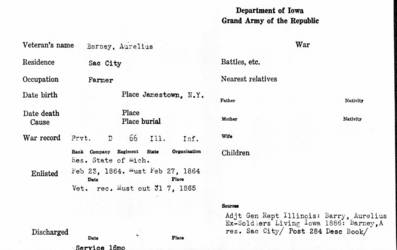 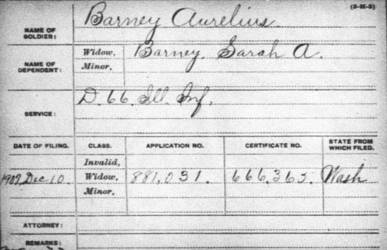 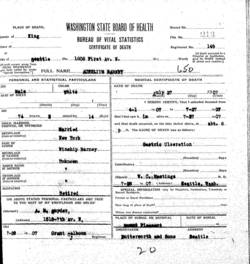 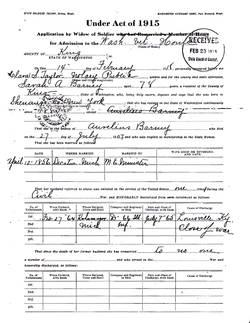 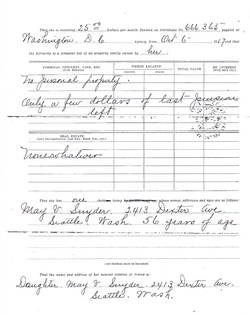 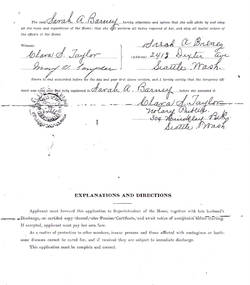 The organization that became the 66th Illinois Infantry was a three year western theater regiment. It was composed of men drawn from all the "western" states (Illinois, Missouri, Wisconsin, Iowa, Minnesota, Indiana, Ohio). It was to be used as marksmen and skirmishers ala Berdan's Sharpshooters (1st and 2nd U.S. Sharpshooters) in the eastern war theater.

Originated under the special patronage of Maj. Gen. John C. Fremont, the initial unit name was the 14th Missouri Infantry. However, it was dubbed the Western Sharpshooters or Birge's Western Sharpshooters (the surname of the original regimental colonel, John Ward Birge), until November 20, 1862 when the regiment was re-designated the 66th Illinois Infantry.

In December, 1861 the regiment was ordered into the field even though it was not thoroughly organized or equipped. It was armed with Demmick/Dimick, American deer and target rifles, but given only meager accoutrements.

Moved by rail to Centralia, MO, the unit encamped on the prairie and immediately began fighting and skirmishing with Confederate bush whackers. By year's end it had captured Columbia, MO and fought in the battle of Mt. Zion.

1864. The 66th returned to the field in Pulaski, TN. It then received the honor of opening Union Gen. W.T. Sherman's bid to capture Atlanta, GA. During this campaign the regiment was under fire for 120 days being engaged in all the major battles from Chattanooga, TN to Atlanta, GA. During this period the 66th lost 225 men killed and wounded. After the capture of Atlanta (7/22/1864) the regiment marched to the sea with Sherman.

Early, 1865 found the 66th marching northward through the Carolinas. With the surrender of all Confederate troops in late April, in May the 66th participated in the Washington City Grand Review. The regiment received final muster in July, 1865.

Aurelius Barney as born 5/13/1833. The place of his birth was Jamestown Chautauqua County, NY.

As best as can be determined based on available U.S. census data Aurelius was the first of four children born to Winship and Mary. His younger siblings were George Barney (b. 1836 NY), Caroline Barney (b. 1846 MI) and Juliette Barney (b. 1844 MI).

Mary Barney died in 1854. On 3/5/1855 in Case, MI Winship remarried. The second Mrs. W.W. Barney was the previously wed Elizabeth Maitland (nee Fulton b. 1823). While Elizabeth brought three children of her own - Sarah, James and William - into the marriage, she and Winship produced at least one child of their own, a son they named Lorin (b. 1853 IL).

Aurelius married on 4/12/1856 in Decatur Van Buren County, MI.   His bride was Sarah Ann Parker. Sarah Ann had been born on 12/1/1839 in Chenango Broome Co., NY. The marriage would be the first and last for both bride and groom.

After marrying Aurelius and Sarah settled into farming in Decatur. While there they began their family. Interestingly, in an era of large farm families the Barneys produced only two children and their first lived for only a brief period of time.

Etta Bella Barney was born in Decatur on 4/11/1857. She died in November of the same year.

By early, 1864 Aurelius had moved from Van Buren County, MI to Silver Creek Cass County, MI. On 2/22/1864 he left his wife, young daughter and farm to join the U.S. Army. It is very likely that his enlistment was prompted by economic factors as, by 1864, very "tidy" enlistment bonuses or "bounties" were being paid to new enlistees. Access to Private Barney's military service records will help clarify this matter.

Having survived The War and returned to his wife and daughter in July of 1865, sometime that fall Aurelius and his family quitted Michigan in favor of a new farm in or near the community of Sac located in Sac County, IA. What had prompted the interstate move is not known.

The Barneys remained in Sac Sac County, IA until sometime during the year 1872. At that time they moved within the county from the community of Sac to that of Jackson. In the latter place Aurelius left his farm, became a teamster and, by 1885, a book keeper.

Around 1879, while in Jackson, Aurelius' left arm had to be amputated because of erysipelas. The blood infection somehow traced back to the American Civil War.

In early 1887 the Barneys left Iowa and moved westward to Portland, OR. They did not remain there long as, by that summer they had travelled northward to Seattle King County, WA where, in 1889, Aurelius noted his occupation as being "painter.” At the dawn of the twentieth century it was, again, "farmer."

Likely the Barneys move to the Puget Sound region of the Pacific Northwest was made because Aurelius and Sarah's only living child resided in that city. Aside from a brief return to Iowa in 1888 to sell his farm, Aurelius would live out his years in that city.

Aurelius Barney, then retired, died in Seattle on July 27, 1907. Cause of the 74 year old's death was a gastric ulcer. Burial was/is in the Mt. Pleasant Cemetery located on Seattle's Queen Anne Hill.

Based on available documentation it appears Aurelius never applied for a U.S. Government disability pension based on his days of Civil War soldiering. However, following her husband's passing the widow Barney did just that on 12/10/1907. Although we know the pension request was granted, without her pension file the amount of her initial monetary stipend remains an unknown. By early 1918, though, she was receiving $25 per month.

At some point following Aurelius' death Sarah moved into the 2413 Dexter Avenue Seattle home of married daughter, May. Then, on 2/14/1918 application was made for her to become a resident (inmate) of the Washington State Veterans' Home located in Retsil Kitsap County, WA.

That application accepted, on what is, as of now is an unknown date, Sarah moved into the Home and remained there for a period of time. A family history says she lived there for three years, but that timeline appears somewhat contradictory. Then, at some point in time after 1920, she moved back to her daughter's place in Seattle.