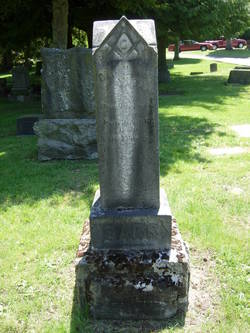 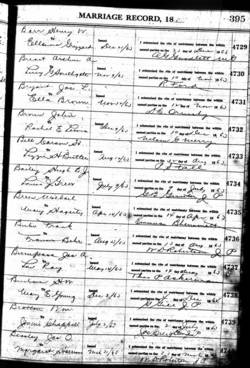 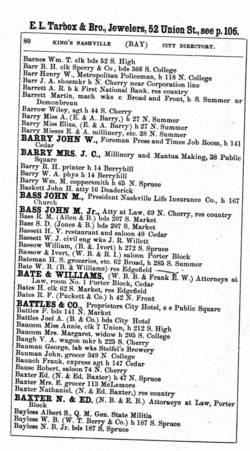 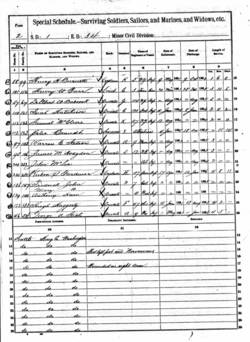 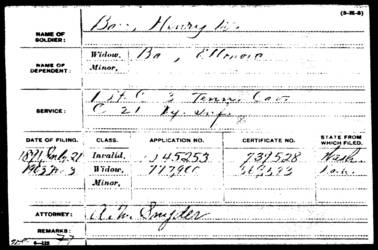 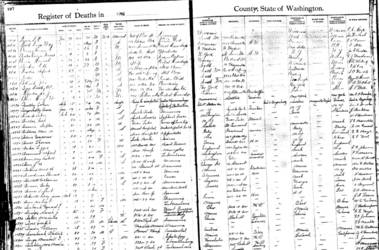 The 21st Kentucky was a three year western theater infantry regiment. In early 1862 the unit moved via river transport to Nashville, TN. When Confederate forces under Gen. Braxton Bragg invaded Kentucky the 21st began the long march to Louisville. From there it moved to Silver Springs, TN where it went into camp.

In January, 1863 three quarters of the regiment veteranized. Thirty day furloughs followed. The battle of Chattanooga, TN (11/23 – 25/63) cost the 21st only ten wounded.

March, 1865 found the 21st ordered back into Tennessee. In June it moved to New Orleans, LA then on into Texas. It remained in Texas until final muster, but returned to Louisville, KY for disbandment.

The 3rd Tennessee was a three year, western theater cavalry organization. It received its first recruits on 8/10/62. Almost immediately it joined the Federal retreat from Tennessee to Ohio and thence to Louisville, KY where it was joined by companies "B", "C", "D" and "E". The remainder of '62 was spent scouting throughout Tennessee and skirmishing with the enemy. During this period four more companies were added to the 3rd's roster. The year ended with an expedition into Mississippi.

During the spring of 1864 the regiment returned to Nashville, TN. From that time into the fall, as a whole or in detachments the 3rd was engaged in scouting and skirmishing.

On 9/25/64 the entire regiment, with the exception of fifteen officers and some two hundred men, was captured by Confederate forces under the command of Nathan Bedford Forrest. On 4/27/65 the steamer Sultana having on board the previously imprisoned private soldiers of the 3rd and many other troops, blew up near Memphis, TN. One hundred seventy four members of the 3rd were killed instantly while a number of others were mortally wounded. The remainder of the regiment was then mustered out of Federal service and into history.

Henry William Barr * was born during the month of December. The year was 1842. We do not have a specific date. His place of birth was within the state of Tennessee.

All of the Barr children were Tennessee born. In 1850 the family's address was District 3 Williamson County, TN. In 1860 it was Nashville Ward 4 Davidson County, TN.

On 3/18/62 Henry enlisted in the U.S. Army. Where he may have been living at the time is not known, but his unit was the 21st Kentucky Infantry. The 21st was a three year regiment, but Private Barr served with it just over a year before being discharged. Without accessing his military service records the reason for that discharge remains unknown.

Exiting the army in April, 1863 Henry did not remain a civilian for very long. On 5/21/63 he re-enlisted in the 3rd Tennessee Cavalry. Although his enlistment rank was private, at the time of his Federal muster he was commissioned into the rank of 1st Lieutenant. He would continue with that ranking until he resigned from the service in February, 1865.

Although we lack access to Lieutenant Barr's military records, it appears certain that in December of 1863 he requested and obtained a leave of absence. We know that because on 12/29/63 in Davidson County, TN he married.

Lieutenant Barr's bride was Ellenora "Ella Nora","Eleanor" or "Ella" Grizzard. While birth years range from 1847 to 1850 it appears the new Mrs. Barr had most likely been born on August 29th 1849. Her place of birth was Davidson County, TN.

During their years together Henry and Ella would produce four children. Of the four, only three are identified in available documents. Those three were alive at the dawn of the twentieth century:  Martha Adeline Barr (b. 12/3/66 Nashville Davidson County, TN), William Henry Barr (b. 8/25/70 or '71 TN) and Joseph Greenville Barr (b. 1/7/81 KY).

Piecing together Henry and Ella's post-war residential history without having access to his pension files has proven somewhat difficult. Off hand, based on available documentation, it would appear that from the time Henry left the military in February, 1865 and through the birth of son William in August, 1870/'71, the Barr's resided in Nashville Davidson County, TN. At least for a portion of that time Henry served as a policeman on the Metropolitan Police Force.

By 1880, however, the Barr family had quitted Tennessee and moved to Louisville Jefferson County, KY. During their Louisville stay Henry was employed as a “WS” Revenue Collector.    While in Louisville son Joseph was born.

Based on notations of Henry being a member of two Denver, CO G.A.R. posts, sometime between the birth of son Joseph  in August, 1881 and July 21, 1891 when, in Washington State, Henry applied for a U.S. Government disability pension based on his days of Civil War soldiering, the Barr family made a life stopover in Denver, CO.  Addressing that disability pension, a stipend was granted, but details of the financial benefits are unknown. Pension files will need to be obtained to determine details of the monthly payments.

What had drawn the Barrs to the Pacific Northwest and exactly when they arrived in the Puget Sound region are unknowns. Once here, however, the family settled in the King County City of Seattle's Ward 9 and Henry obtained a position with the local police department. He would apparently remain with the department until his death and may have risen to the rank of captain.

"Captain" Henry William Barr died at home - 1025 Kilbourne Ave, Seattle - on January 14, 1903. Without his death certificate, the cause of the sixty year old's passing is not known. He was/is buried in the Mt. Pleasant Cemetery located on Seattle's Queene Ann Hill.

On 2/3/09, following Henry's death 3/3/09 Ella petitioned the U.S. Government to continue receiving at least a portion of her late husband's financial benefits. The petition was granted but, again, without appropriate files specifics of the stipend remain unknown.