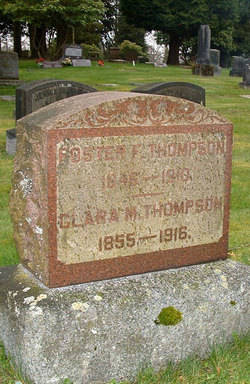 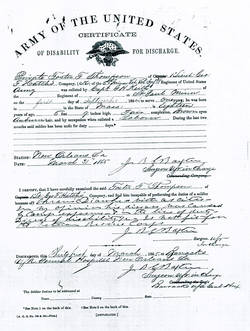 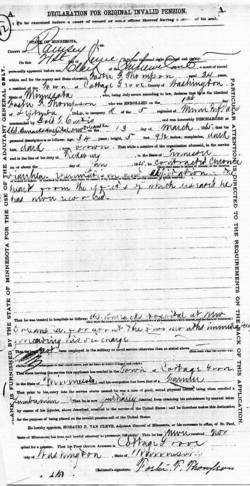 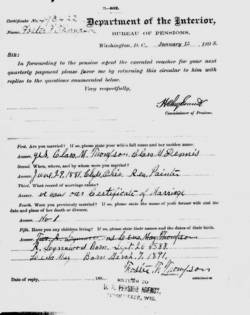 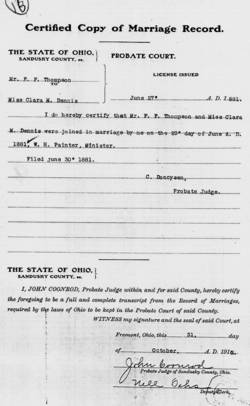 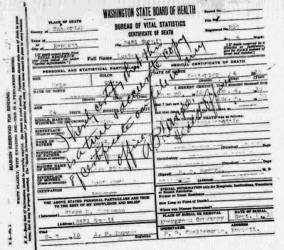 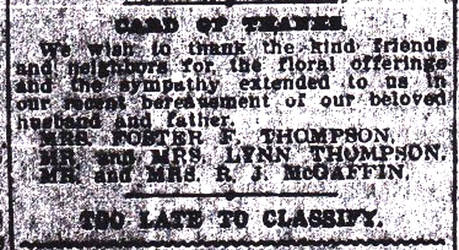 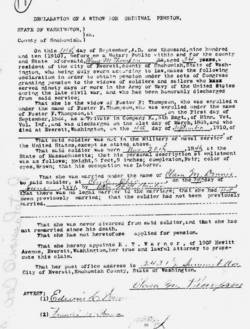 A three year western theater regiment that was mustered in by detachments, initial assignments for elements of the 3rd focused on an uprising of Native American tribes which, in 1862, beset Minnesota, at the time the old northwest frontier. It wasn’t until May that members of the unit began to filter south to deal with the rebels they had signed on to fight. The regiment then saw action in Mississippi, Alabama and Tennessee.

On 5/22/63 the 3rd took part in the first assault on Vicksburg, MS, but “not in the line of the heaviest fighting.” After the siege and fall of that city, they pursued Confed. Gen. Johnstons fleeing army. The winter of 1863/’64 was spent at LaGrange, TN. February, 1864 found the unit, almost to a man, reenlisting as veteran volunteers.

The ill-fated Red River expedition to Texas followed. Actions at Lake Chicot and Tupelo, MS took place that summer while in the fall it participated in the Arkansas and Missouri campaigns. 1864 ended with the battle of Nashville, TN. During second day actions of that battle the 5th carried their assigned position with the loss of 106 of its members and their colors being shot down four times.

Spring, 1865 had the 5th involved in the siege of Mobile, AL. The assault on that city’s Fort Blakely immediately preceded its surrender. The summer was spent in Demopolis, AL before returning to MN for final muster and discharge.

Foster F. Thompson was born in Massachusetts. Likely the year was 1846. All that is known about his birth family is that his father was likely also born in MA and his mother in ME. No information is available pertaining to his childhood, formative or early teenaged years.

In September, 1864 the 5’9”, fair haired “laborer” enlisted in the U.S. Army for a period of 1 year. The enlistment was probably encouraged by receipt of a signing bonus or “bounty.” Foster did not take to army life and exposure to the climate of the deep south. By late December, ’64 his companys’ muster roll noted him “left sick on road north of Pulaski, TN”.

By early ’65 Private Thompson had been transferred to the U.S. Barracks Hospital in New Orleans, LA. Notations over the next several months regarding his physical condition included “chronic diarrhea…caused by camp exposure” and “not fit for Veterans Reserve Corps”- an arm of the military founded during the Civil War to provide light duty roles for soldiers who were medically unfit due to illness or wounding to serve in the field.

In all after being in the army for six months, five of which were spent in the hospital, Private Thompson was granted a medical discharge. In later years he would request and receive a U.S. Government invalid pension based on his claim that chronic diarrhea, rheumatism and heart problems which began during the Civil War continued to plague him. At death his monthly stipend was $12.

Following marriage there is another large gap in the documentation of Foster’s whereabouts and activities. He and Clara next turned up in 1910 when they were in Everett, WA. Why they moved west is not known, but likely it was to live with or be near daughter Leila and her family who also lived in the area.

Foster F. Thompson, laborer and former Civil War soldier died 9/4/10. Cause of death was noted as “chronic endocarditis.” Foster was 64 years of age. After her husband’s death Clara remained in Everett. She died 2/10/16 and is buried beside Foster.