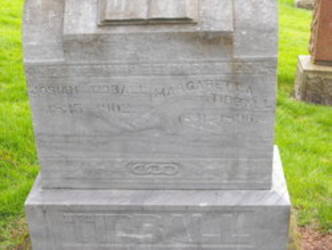 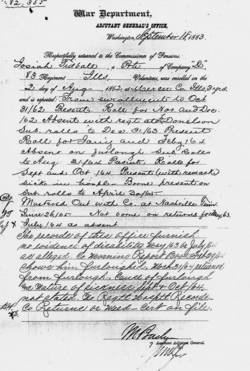 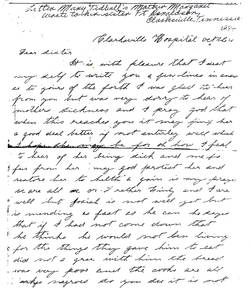 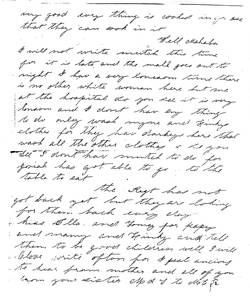 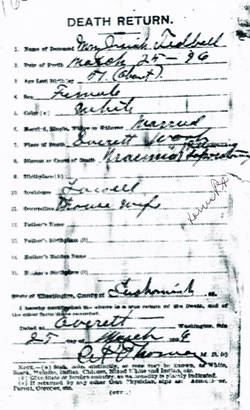 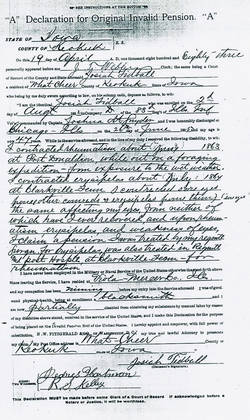 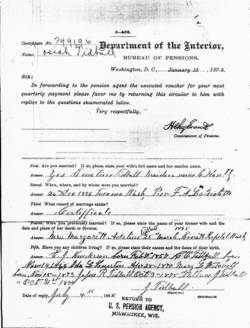 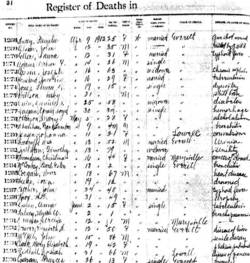 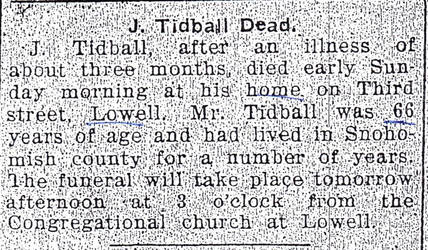 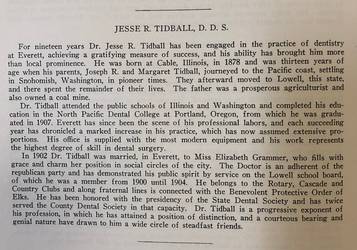 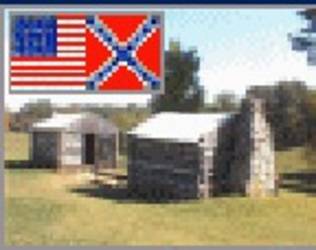 Companies of the 83rd were raised in the Illinois counties of Warren, Mercer (Co. “D”) and Knox. In August, 1862 the unit broke camp and moved via Cairo IL to forts Henry and then to Donelson in TN. It remained at the latter until 9/63. At Donelson it performed “heavy” guard duty while almost continually skirmishing with rebel guerillas that infested the area.

For example, on 8/20/64 Capt. Wm. M. Turnbull of Co. “B” with 11 men were pursuing one guerilla group when they were ambushed by a second. The captain and 8 of his men perished. In February, 1864 the 83rd helped defend Donelson from attack by a force of 8,000 lead by Confed. Cavalry generals Nathan B. Forrest and Joseph Wheeler.

After patrolling and guarding some 200 miles of communications during the winter of 1864/’65, the 83rd was assigned to provost (military police) duty in Nashville, TN this was to be the regiment’s last assignment prior to final muster and discharge.

During the summer of 1862 Josiah answered his country’s call to arms and enlisted in the U.S. infantry.  The only incidents of note during his subsequent three years of service was, about 6/63 being hospitalized for rheumatism contracted from damp weather while on a foraging expedition from Ft. Donelson, TN.  Also, circa 7/64 he was hospitalized in Clarksville, TN for “sore” or weak” eyes and a skin inflammation.

During his Clarksville Hospital stay, Josiah's mother came to his rescue and spent several weeks at his side nursing him back to health. He said in a letter that if it were not for her, he would not have lived. She was the only white woman there and only a mother's love gave her the courage to endure.  All three maladies continued to bother him in his later years and earned him a U.S. Government disability pension which amounted to $14 per month at the time of his death.

The war behind him, Josiah returned to IL.  The Tidballs remained there until either 1882 or 1888 when they removed to Shell Lake, WI.  By 1890 they were in Snohomish, WA, and in 1896, Lowell, WA near present day Everett.  Why the moves were made is not documented, but along the way the former infantry soldier was employed as a blacksmith, miner and watchman.  Margaret Tidball died 3/25/98 in the Everett Hospital.