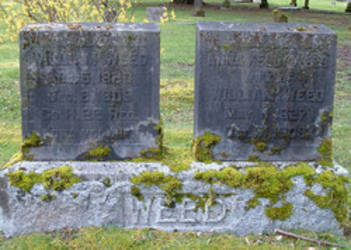 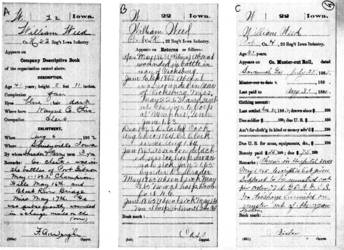 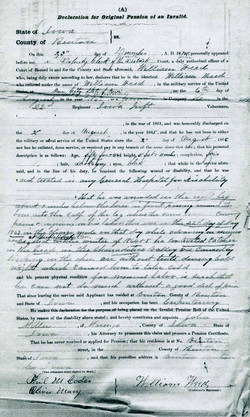 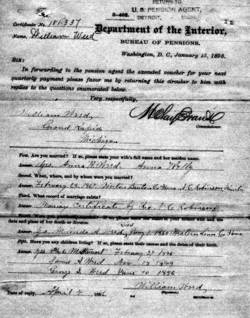 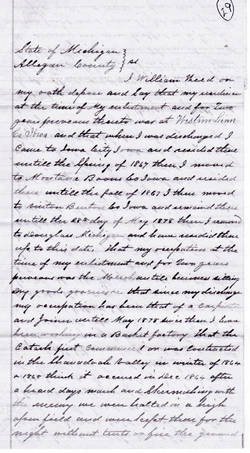 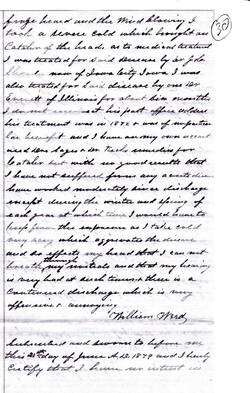 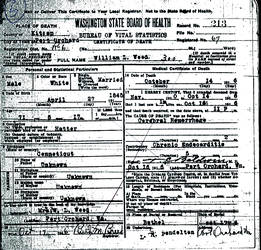 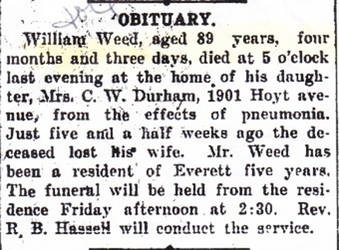 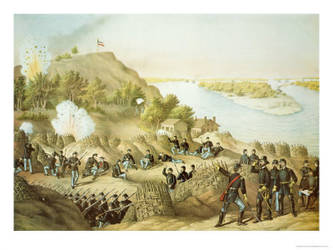 The 22nd, a three-year, "western theater" regiment was to spend the vast majority of its tenure in the Deep South. Its southern oddesy began only a few scant days following Federal Muster when it departed Iowa for Benton Barracks, St. Louis, MO. From there it moved to Rolla, MO where it performed garrison and train escort duties for the next four months.

In the spring of 1863 the unit moved to St. Genevieve County, MO from whence it embarked for Vicksburg with forces under Union Gen. U.S. Grant. Its brigade was in the advance during the battle of Port Gibson where the 22nd displayed the same gallant qualities show by previous Iowa regiments.

During Grant's final push on Vicksburg the unit was held in reserve during the battle of Champion's Hill, but was engaged at Black River and the subsequent assault on Ft. Beauregard on the outskirts of Vicksburg. During this engagement the 22nd reached the fort, captured prisoners, but finding the position untenable, was forced to retreat with a loss of 164 killed, wounded or missing/captured.

Following the mid '63 surrender of Vicksburg the regiment was engaged during the siege of Jackson before moving to Louisiana where it participated in the Bayou Teche expedition and several skirmishes before departing for Texas.

January, 1864 found the 22nd at Indianola, TX for winter quarters. From there it moved to Matagorda Island where it remained until late April when it set off on an expedition to Port Lavaca, TX, seventy miles distant. There it captured a large quantity of Confederate property. It then returned to Louisiana where it remained until July 31 when it was ordered to Washington, D.C. to aid in the defense of the city from Confed. Gen. Jubal Early's encroaching Rebel forces. From D.C. it moved into Virginia's Shenandoah Valley under the leadership of Union Gen. Phillip Sheridan. With this command it participated in the battles of Third Winchester, Fisher's Hill and Cedar Creek, all of which combined to once and for all sweep the forces of the Confederacy from that pivotal region.

Another January, this time 1865. The 22nd left Baltimore, MD for Savannah, GA. It remained there until middle March when it sailed to Morehead City. It then moved to Augusta before travelling back to Savannah for final muster.

Although one U.S. Census notes his birth year as 1823, based on information obtained from his death certificate it is likely William L. Weed was born in or near the community of Canaan, Wayne County, Ohio circa 8/5/20. His father's name was apparently also William. His mother's name is not known. As for siblings, young William likely had two brothers, at least one of whom, Charles A., was older than he. Nothing is known about William's childhood, formative or teenaged years.

In 1853 Elvina died. Two years later William remarried to her younger sisters Malinda A. (b. 1836 OH). This marriage produced one child, George Stewart - or middle initial D. - before Malinda's death on 1/1/60. At the time of her death the Weeds were residing in western Lynn/Linn County, Iowa.

The 1860 found widower William, children Charles, Phebe, James and George still in Linn County, Iowa. Also in the home was 19 year old Emiline Stuart (b. IN). It is not known if this individual was a relative of William's late wives with the surname misspelled. In this census William's occupation was noted as "clerk."

On August 6, 1862 William enlisted in Company "H" 22nd Iowa Infantry. At 41 years of age, the 5"11", blue eyed, dark haired mercantile clerk was "an old man" when one considers the average age of a Civil War combatant was 27 and a few months old. William's son, Charles, joined the same company and regiment the following day. Each likely received a $100 enlistment "bonus" or bounty.

May, 1863 saw William - and his son - with the troops of Union Gen. U.S. Grant and W.T. Sherman as they moved upon the fortress city of Vicksburg (May 22nd ) , Mississippi. Actions during that month alone included the battles of Port Gibson (May 1st), Champion's Hill (May 16th), Black River Bridge (May 15th) and Chickasaw Bayou (May 26-29), the latter being an early, unsuccessful attempt to conquer the besieged city by force. During that 5/22/63 action William received a musket ball wound below his right knee. A medical examination in later years indicated the projectile may have fractured the tibia bone and likely remained in the leg, but the wound healed without scarring. On the same day as William was wounded his son was severely wounded, likely in the (left) shoulder and leg. Both father and son would survive their wounds and be mustered out of the service on the same date.

Before we get to the end of the war and muster out dates, however, we should follow William on his medical odessy following being wounded. On 6/4 he was admitted aboard the U.S. hospital steamer R. C. Wood and transported to a U.S. General Hospital in Memphis, TN from which he was furloughed home for recuperation on or about 8/20/63. Apparently the furlough was relatively short, perhaps 30 days, as on 9/19 he was reported as having deserted. The desertion was relatively short-lived as three days later he was listed as having returned to his unit where he was apparently detailed as a cook until his wound was sufficiently healed to allow his return to the field.

From August to December, 1864 William's clerical skills allowed him to serve as clerk for Company "H". This assignment, however, did not preclude combat assignments such as the 9/19 third battle for Winchester, VA, the 9/22 battle of Fisher's Hill and the 10/19 battle of Cedar Creek, all located in the Shenandoah Valley. In later years when seeking a US Government disability pension based on illnesses contracted while in the army, William recounted the following: "In December, after a hard day's march and skirmishing we were halted in a high open field (near Winchester) and camped there for the night without tents or fire. The ground (was) froze (n) hard and the wind was blowing. I took a severe cold which brought on catarrh (likely a sinus infection) of the head."

Initial hospitalization was followed by admittance to Mansfield General Hospital in Beaufort, NC from which he was stammered northward on the S.S. Spaulding to a facility first in Portsmouth Grove, Rhode Island and then to another in New York City and, finally, to one in Keokuk, Iowa as a convalescent. Although private Weed was technically mustered out of U.S. service at Savannah, GA his physical location at the time was likely in Iowa.

With the military behind him William settled in Iowa City, Iowa and returned to the carpentry trade.

The Weeds remained in Benton County, Iowa until late May, 1878 when they moved to Douglas, Allegan Michigan. Near this same time William switched his wood working focus from carpentry to becoming a joiner in a bucket factory. Whether or not the move was prompted by the occupational change is not known. The 1880 census found them still in Douglas with William likely still employed in the bucket factory as his then-occupation was noted as "manufacturing."
By the late 1870s and early 1880s former Civil War soldier William Weed was beginning to more seriously feel the results of the respiratory condition he had contracted during the War years and which, at some point had resulted in his being granted a minimal monthly government stipend. During this period he reported being able to work only "moderately" because of his respiratory problems. In 1885 the continuing nature of his disability upped his monthly pension payment to $14.

Having, for the most part, been destroyed by fire, there is no census data available for the Weeds from 1890. In 1897, however they were living in Grand Rapids, Michigan where they remained until 1904 when they travelled west to Everett, Snohomish County, Washington to either live with or be near Anna's daughter Mary and her husband Charles Durham. (In 1880 Mr. Durham and his brother had been boarders in the Weed home.)

Anna died in Everett in late October or early November, 1909. She was buried in that city's Evergreen Cemetery. Five and one half weeks later, on 12/8/09 at the age of 89 years, four months and three days, former civil war soldier William L. Weed died at the Durham home located at 1901 Hoyt. At death his pension was $22 per month. He was buried beside Anna.