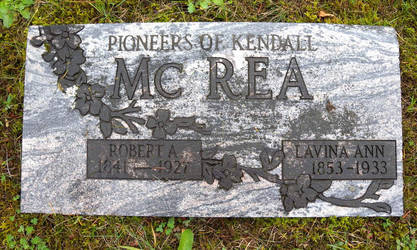 The 26th Alabama ** was a three year Confederate infantry regiment. It began The War in the Eastern Theater. It completed it in the West.

Companies of the 26th were recruited from five Alabama counties. Those counties were: Fayette, Marion, Walker, Winston and upper Tuscaloosa.

In 2/1862 while still attending instructional camp, two companies of the 26th were sent to Ft. Donelson, TN where, with the fall of that place, they were captured by Union forces. Being released, they returned to the 26th that spring.

During the Virginia Peninsula campaign in the first half of 1862 the 26th was active at Yorktown (4/5 - 5/3), Williamsburg (5/5) and in all the actions around Richmond. Those battles included Mechanicsville (1/26), Gaines Mill (6/27) Frayser's Farm (6/30) and Malvern Hill (7/1). These engagements cost the regiment nearly one half it’s men in either killed or wounded.

In September, 1862 the 26th moved northward across the Potomac River into Maryland with the Army of Northern Virginia. It fought at Boonsboro (9/15), and at Sharpsburg/Antietam (9/17). It concluded the year at Fredericksburg, VA (12/11 - 15).

1864. That spring the 26th was ordered southward into Georgia. It then took part in the Atlanta Campaign before moving into Tennessee with Confed. Gen. Hood. During this period it was badly crippled at Nashville (12/15 - 16).

Final muster came on 4/9/1865. Only a small remnant of the regiment's original enlistees were in the ranks when the unit surrendered.

During the American Civil War (ACW) Robert served as a private soldier in the Confederate Army's 26th Alabama Infantry. Without accessing any military service records that may exist pertaining to that tenure, we do not know if his enlistment was voluntary or by conscription. Further, we do not know how long he may have served. What we do know, however, is that while with the 26th he made an inter-regimental transfer from company "B" to company "C." Finally, we know he survived The War and returned to civilian life.

Where Robert initially settled after The War is not known. By 11/1/1872, though, he was in Williamson, TX. That was when and where he married.

Robert's bride was Lavina Ann Hasty. She had been born on 8/4/1853 in Talladega County, AL. How, where and when the two had met are unknowns.

Circa 1889 the McRaes quitted Texas and moved to Washington Territory/State. What likely drew farmer McRae and his family to the Puget Sound Region of the Pacific Northwest was homestead land. Settling in Whatcom County, Robert received patent (title) on his homestead on 6/23/1896. That land was in a rural district known as Kendall which is located along the U.S./Canada border. According to a newspaper account, for many years Robert transported mail and freight between Kendall and the nearby City Of Bellingham.

The McCraes appear to have farmed in Kendall through the U.S. Census of 1910. Although the census of 1920 placed Robert and Lavina in the Columbia neighborhood of the city of Bellingham, all other written postings point to their remaining in Kendall until they died.

Confederate Civil War veteran Robert A. McCrae died on 2/27/1927. Notification of the death was made by son Claude. According to his Washington State Certificate of Death, the cause of his passing was "senility." The old soldier was 85.4 years of age. Burial was/is in the Kendall Whatcom County Cemetery.