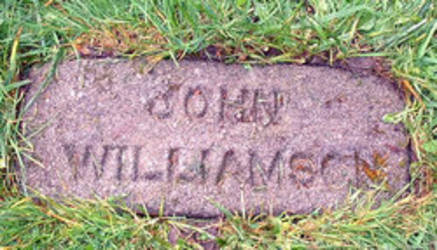 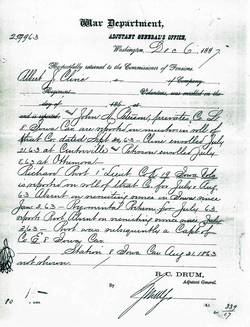 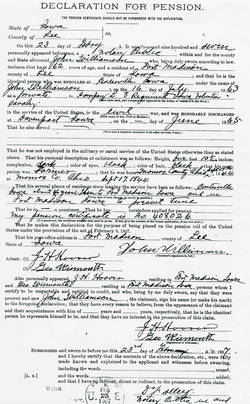 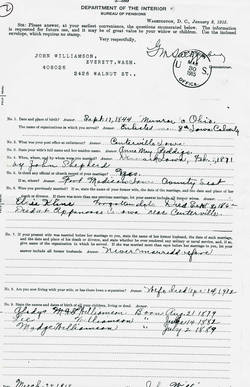 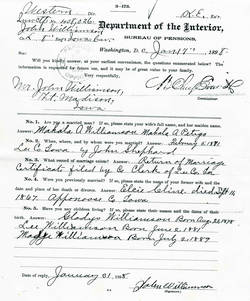 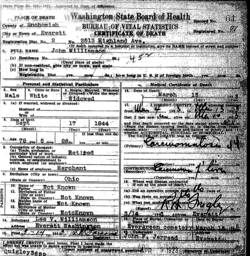 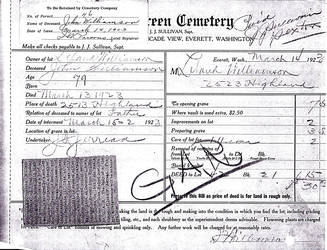 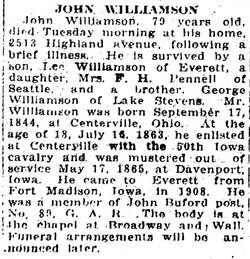 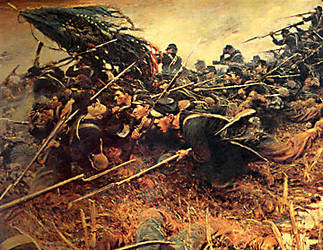 The 8th, a three-year, "western theater" regiment was brought into Federal service during the fall of 1863, but saw little of the real war until the spring of 1864 when it joined Union Gen. W. T. Sherman's Atlanta, GA campaign. Constantly "at the front", the unit, was the first to cross the Chattahoochee River in pursuit of retreating Confederate forces. Fighting for the 8th occurred all around Atlanta before Union Gen. McCook's luckless raid on the Macon Railroad 7/29/1864.  During that ill-fated outing the regiment was captured near Newnan, GA with only a few members escaping through the woods to tell the tale of how the unit had tried to save itself.

Late autumn, 1864 found the 8th again ready for battle. This time the foe was Confed. Gen. John B. Hood who was invading Tennessee. The regiment was engaged near Franklin, but quietly fell back to play an important role in the ensuing Union victory on 12/16/1864 at Nashville.

In the latter part of March, 1865 the regiment was at Chicksaw, AL eager to join other Union forces in Gen. James H. Wilson's march to Selma, Columbus and Macon. Final muster came approximately 4 months later.

In 1850 the Williamsons were farming in or near Ludlow, Washington County, OH. By 1860 they were farming in Pleasant, Appanoose County, IA. John Williamson, Sr. died in 1862.
In mid 1863 5'10.5", dark-complexioned, black-eyed, black-haired farm boy John Williamson joined the U.S. Cavalry. From beginning to end, his period of service would be fraught with illness.

A comrade later related the following tale: (In August, 1863) while standing on the wharf at Burlington, IA waiting to embark on a steamboat to Davenport I heard a noise behind me and saw John Williamson fall. Comrades carried him aboard the boat and about midnight the same day I saw him again.....lying on his side outside a cabin of the boat...and he looked dead. There was yellowish fluid running from his mouth. Next day when the unit disembarked at Davenport  (I) saw him carried off the boat...About a week later I saw him again looking pale and emaciated...(It was a)long time before he was available for duty." Clad in his heavy wool blue uniform, Private Williamson had been stricken with a severe case of heat prostation and sunstroke.

Taken to a hospital at Camp McClellan in Scott Co. IA John remained there for a week before returning to his regiment. Even then, however he was unable to perform any duty for approximately one month. Sickness continued to through latter 1863 and into at least a portion of 1864.

March of 1865 again found Private Williamson seriously ill; this time with acute diarrhea. On the 18th of March he was transferred from a field hospital to the hospital steamer D.A. January. He was then transported to a hospital in Jeffersonville, IN. Other medical facility transfers preceded his final mustering out of the military on a medical certificate.

Separated from the army available documents indicate John returned to Centerville, IA only to find that his mother "had broken up housekeeping." In the process family records confirming his date of birth went missing, never to be found.

Somewhere along in here John married to Elsie Cline. The union was short lived and apparently did not produce any children. Elsie died on 9/14/67 in Appanoose County, IA. No other details of the relationship are available.

In 1880 the Williamsons were still in Lee County, but were living in Ft. Madison where John was employed in a saw mill. By 1900 his occupation was noted as “day laborer.”

John and Anne/Ann remained in Ft. Madison until 1908 when they removed westward to Washington State to live in the Snohomish County City of Everett. Once there they resided with married daughter Madge and her family.

On April 16 1911, while in Everett Anne/Ann died from unknown causes.  She was buried in that city's Everegreen Cemetery.Immediately after being medically discharged from the military John began receiving a U.S. Government disability pension. Initially it was only $2 per month. Later, it was raised to $4 per month and then, by 1907 to $12 and by 1912 to $16.50. The following year on 3/5 the former trooper requested an additional increase based on his sunstroke episode which had rendered him unconscious for nine days and nights and continued to subject to headaches and epileptic seizures, which he often experienced seven times per day. As a result of this request, in September 1914, his stipend was increased to $21.50 per month.

The 1920 Everett census noted John, then 76 as a widower employed as a grocer. In his household at the time were son Leland, Leland’s wife and their nine year old daughter.

Former Civil War cavalryman and retired merchant, John Williamson died 3/13/23 after what was described as a "short illness." His death certificate listed cause of death as Carcinomatoses, (metastases of cancer) with carcinoma of liver contributing. At death he was 78 yr. 5 mos. and 26 days. His government pension at passing was around $27 per month. Burial was at Evergreen Cemetery beside his wife. His obituary in the Everett Herald indicated he was survived by son Leland of Everett, daughter Madge of Seattle and brother, George of Lake Stevens.