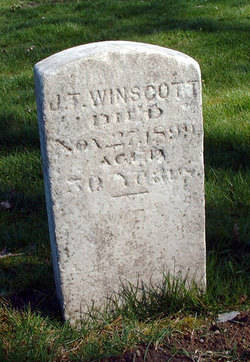 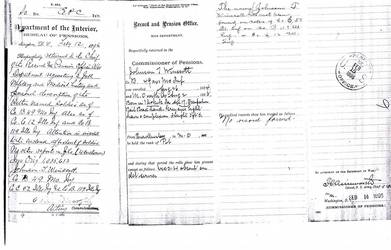 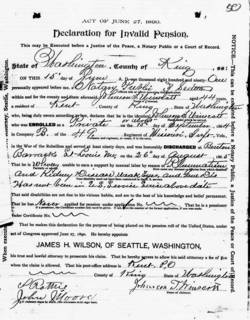 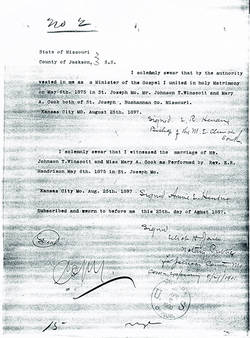 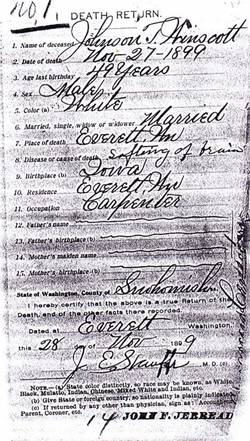 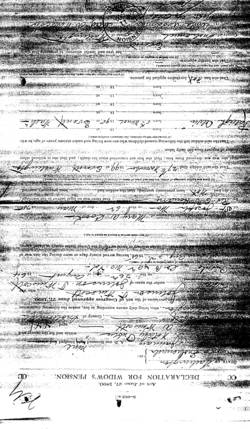 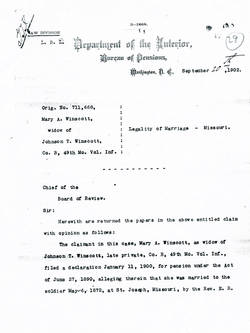 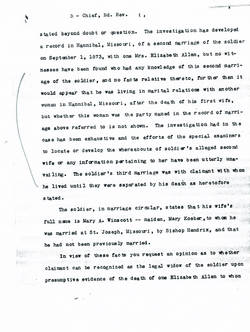 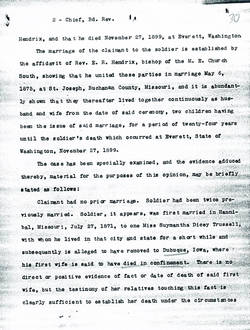 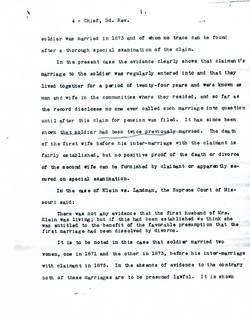 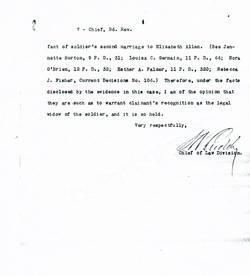 On 1/1/65 companies of this one year western theater regiment were scattered throughout several counties in north Missouri, principally along the line of the Northern Missouri Railroad. The following month the 49th was ordered to New Orleans, LA.

In March they embarked on steamers for Daulphin Island at the entrance to Mobile Bay where they joined other federal forces massing in front of enemy-held Spanish Fort. After the fall of that fort and Ft. Blakely, the regiment marched to Montgomery where it remained until 7/14 when co.s A, B, C, D, E, F, G, and I were ordered to St. Louis, MO because their terms of enlistment had expired.

Those companies were mustered out at Benton Barracks. Companies H and K remained in service until the end of the year.

[NOTE:  Johnson T. Winscott’s biographical profile was created many years ago. As of January, 2018 additional family information has obtained. This has resulted in the updated life sketch presented below.]

Johnson T. Winscott was born in Keokuk Lee County, Iowa. Although some point to his birth year as being 1847, based on U.S. Census date it was likely 1850.  No birth month or day date has been found in available documentation. Also not found is information pertaining to his childhood and formative years,

After J.D.’s marriage to Malinda he and she produced their first child, daughter Elizabeth (b. 1841) in Kentucky.. By the time of their second child coming along – son William N. – in 1845 the family had quitted the Bluegrass State for Missouri. It was there that not only William, but son James Q. joined the family fold. Then, in Iowa, came Johnson and daughter Johanna (1853). Later family additions were Anne “Amanda” M. (b. 1857 IL), Edward (b. 1876 MO) and Charles F. (b. 1879 MO).

While available information is vague and often contradictory, according to Johnson his first enlistment was in the spring of 1861. If he had been born in 1847 he would have been 14 years of age in 1861. If he was born in 1850 he would have been eleven. He would have had to have been an extremely mature looking 14 or 11 year old to have been taken seriously by recruiters……….Although Johnson indicated he was not assigned to a regiment he may have attempted to join the 12th IL Infantry but when he arrived at the muster office in St. Louis, MO the mustering officer refused to admit him because of his age and provided transportation for him to return to Illinois.

Again, in the summer of 1863 – when he would have been either 13 or 16 years of age - Johnson attempted to enlist. On this occasion his unit of choice was the 119th IL Infantry. Once again, however, he was turned away when he reported to Jefferson Barracks in St. Louis.

Having finally entered the military his time of service proved benign with the only notation on his records being a period of detached service (12/31/64). Departing the military, by 1870 Johnson was residing in Hannibal, Missouri making his living – like his father – as a carpenter.

Here we’ll jump ahead. In 1891  former Private Winscott would apply for and later receive a U.S. Government invalid pension based on his being unable to earn a living as a carpenter because of ailments which traced back to his Civil War soldiering.  At death his stipend was $10 per month.

The next available information on Johnson is, again vague.  It appears that on 7/27/71 in Hannibal, MO, he married Suymantha Dicey Trussell (b. unk.).  For a time the two remained in Missouri, then removed to Dubuque, IA where Suymantha “died in confinement.”  Details of her passing are not known.

On 9/1/73, in Hannibal, MO Johnson remarried to a Mrs. Elizabeth Allen.  This second Mrs. Johnson Winscott allegedly died in childbirth. Years later, after Johnson’s death when his then- wife applied to continue to receive all or a portion of his pension, the pension office wanted to make sure her marriage to Johnson was legitimate.  However despite an exhaustive search, no record could be located pertaining to Elizabeth.  Further, burial sites for neither Suymantha nor Elizabeth could be found. The Mrs. Wiinscott was declared legally married.

As noted by the birthplaces of the Winscott children, at some point in time the family quitted Missouri and moved to the Pacific Northwest west. Exactly when and why this occurred is not documented, but there are some guideposts. In 1880 the census found the Winscotts in Nodaway Marysville Co., MO. Five years later a King County, WA population count found them in Seattle. The remained in Seattle through at least 1887, but by 1889 were residing further west in the Kitsap Co. mill town Port Gamble. Two years later, in 1891 they were back in the Seattle area living slightly south of that city in the community of Kent.

1895. By this this year the Winscotts were residing north of Seattle in the Snohomish County City of Everett.  Johnson’s health was markedly failing.  Although only approximately 47 years of age he was unable to work because of a laundry list of ills which included kidney trouble, eyesight problems rheumatism, an enlarged prostate, lumbago, heart trouble and catarrh (infection) of the stomach.  His mental faculties also began to fail and, in October, 1899, he was declared insane.

Johnson T. Winscott died 11/27/99.  Cause of death was noted as “kidney disease” and “softening of the brain.” At death he was 49 years of age.  Burial was in Everett’s Evergreen Cemetery.

The census of 1900 found the widow Winscott continuing to reside in Everett, WA. At that time she noted that having borne four children, only three were still living. Based on available information it was apparently Charles who had died. Details are not available.

As mother of a 4 ½ year old child, Mary found herself destitute.  In applications to keep her late husband’s pension funds flowing she claimed to have no estate except “one cow.”  She did not even own the land on which her “shack” sat and could only earn money by taking in washing or doing housework.  Pension payments continued for both she and Raleigh.

Mary’s second husband, Mr. Gibson, like Johnson was employed in the carpentry trade. How long the two remained married and Mr. Gibson’s fate is not provided in available documents, but perhaps he died because 1/5/14 Mary wed another carpenter, a Mr. Mathew Mcelhinney.

The census of 1920 found Mary and Mathew residing in Everett. That is when and where Mary died on November the 16th. She was buried in Evergreen Cemetery next to Johnson.