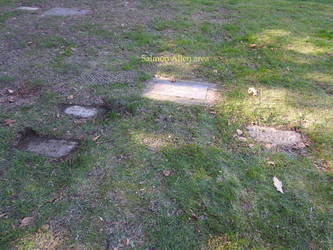 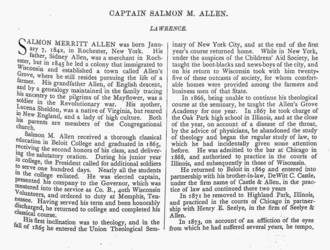 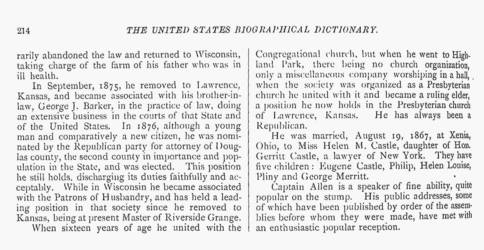 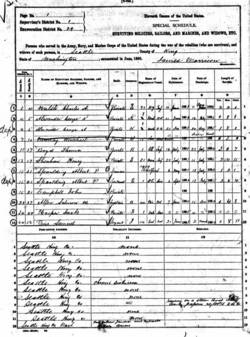 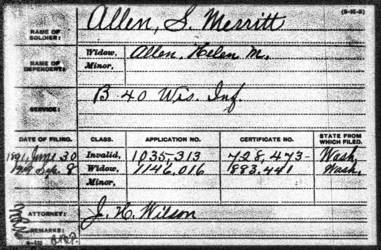 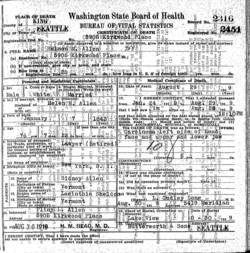 In the spring of 1864 Union forces under General U.S. Grant were poised to head south into Virginia on the Overland Campaign which, a year later, would help bring an end to four years of bloody civil war.

To field as many "seasoned" troops as possible for Grant, numerous military organizations were pulled from rear echelon positions. To fill the void created by these reassignments, short-term, primarily non-combat regiments were created. The 40th Wisconsin was one such unit.

The 40th Wisconsin was a one hundred (100) day infantry regiment. Its entire period of service was spent in the District of Rolla, MO. Rolla was located in the western theater of the American Civil War.

This regiment left the state of Wisconsin on 6/14/1864 and proceeded to Memphis, TN. Arriving there on 6/19 it was assigned to railroad guard duty and the defenses of the city.

During an August raid by Confederate forces under Nathan Bedford Forrest, the 40th was engaged with the enemy. Having marched at the double quick for nearly three miles, after the skirmish it pursued the fleeing enemy an additional two miles.

Salmon Merritt Allen was born 1/7/1842. His place of birth was Rochester, NY.

According to The United States Biographical Dictionary, at the time Merritt was birthed Sidney was a New York merchant. In 1845, however, he led a group to Wisconsin where they established a town named Allen's Grove. In the community bearing his surname he became a farmer.

In 1864 America was in its third year of a bloody civil war. Merritt was in his junior year of a "classical education" at Beloit College located in Beloit, WI. However, when President of the United States Abraham Lincoln called for additional soldiers to serve 100 days, nearly all the students in the college, including Merritt, enlisted.

Merritt was elected captain of Company "B" of the regimental organization that was mustered into Federal service as the 40th Wisconsin Infantry and ordered to duty in Memphis TN. Having honorably served his term of enlistment, Salmon returned to Beloit and graduated in 1865.

Out of college, Merritt's first inclination was to study theology. In this vein, in the fall of 1865 he entered the Union Theological Seminary in New York, NY.

In 1866 being "unable" To continue his theological studies, Merritt returned home to Wisconsin. He then taught at the Allen's Grove Academy for one year.

1867 saw Salmon take charge of the Oak Park High School in Illinois. At the end of one year, on account of a throat disease, upon the advice of physicians he abandoned teaching and turned to studying law, a pursuit which had earlier given some attention. He was admitted to the Illinois bar in 1868 and was subsequently also able to practice law in Wisconsin.

Dropping back, in 1869 Merritt returned to Beloit and entered into a legal practice with his brother - in - law DeWitt Castle. The firm lasted for two years.

1871 saw Merritt move his family from Beloit, WI to Highland Park, IL. There, he practiced in the courts of Chicago as part of the Seelye & Allen law firm.

During 1873 an eye affliction from which he had suffered several years prompted Merritt to abandon the practice of Law. Returning to Wisconsin he took charge of his ailing father's farm.

By 1900 Merritt and family had departed Kansas. They were then residing in Orting Pierce County, WA. There, Merritt was Commandant of the Washington Soldiers Home. For her part, Helen was matron of the facility.

As of 1910 Merritt and Helen had moved northward from Orting to Seattle King County, WA. In Seattle Merritt became bailiff at the U.S. Court House.

“Captain” Salmon Merritt Allen died in Seattle King County, WA on 8/29/1919. Details of his passing are not available. Burial was/is in Seattle's Lake View Cemetery located on the north end of that city's Capitol Hill.

On 6/30/1891 Merritt had applied for, and been granted a U.S. Government disability pension based on his days of Civil War soldiering. Although we know a stipend was granted, without accessing his pension records details of his monthly receipts remain unknown.

Almost immediately following her husband's death Helen petitioned the U.S. Government to continue receiving at least a portion of her late husband's dividends. Again, that request was granted, but without her pension files details of her stipend are not known.

** Interestingly, the U.S. Census for 1850 found Sidney and family farming in Bradford Rock County, WI. A decade later, in 1860, they were turning the soil in Darien Walworth County, WI