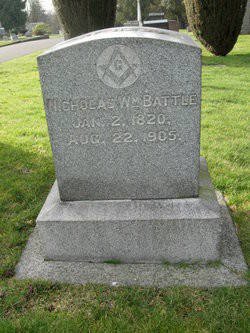 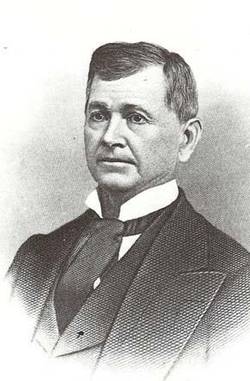 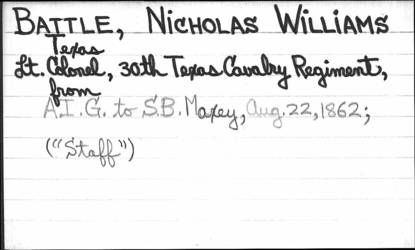 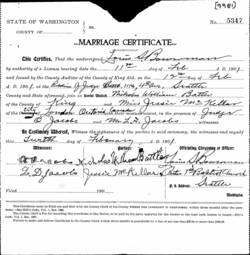 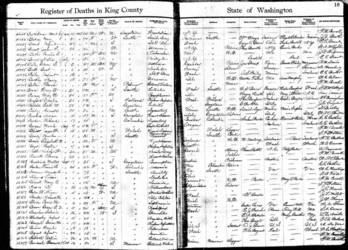 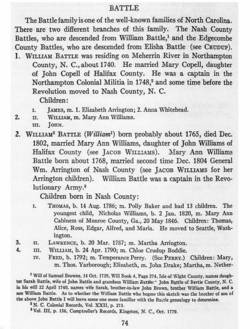 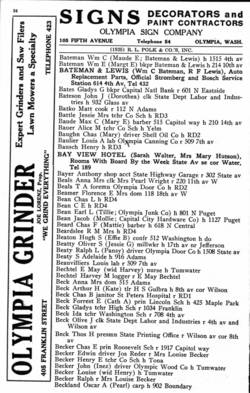 The 30th Texas Cavalry was formed during the summer of 1862 in Waco, TX. Recruits included men from the counties of Waco, Round Rock and Hill.  The regiment spent its entire existence in the Confederacy's western Trans - Mississippi Department.

Within the Trans - Mississippi the 30th served in Arkansas and the Indian Territory (later, Oklahoma). Battles with losses included Poison Spring, AR (4/18/1864) and the second battle of Cabin Creek, [Indian Terr.] (9/19/1864)

The shooting war having ended, the 30th was disbanded in May, 1865.

NOTE: The birth - to - death biographical profile of Nicholas Battle was created in August, 2021 during the Covid-19 medical pandemic. It contains less depth of detail than many other biographies within this website because military service, pension and other veteran-related files housed in Washington, D.C.'s National Archives were not available. At a later time those documents may be obtained and the data contained therein added to the narrative which follows.

Nicholas William Battle was born 1/1/1820. The location of his birth was either Forsythe Monroe County, GA or Warren County, GA.

Information is conflicting pertaining to Nicholas' possible siblings. According to one source, he was an only child. Another indicates he was one of thirteen children, but no additional Battle children’s' names are provided.

Nicholas graduated from William and Mary College, VA with a law degree. He set up his first legal practice during 1844 in Forsythe, GA.

According to one historical resource, the Battle family moved to Waco, TX in 1850. If so, then the move was made sometime after the 6/18 birth of Alice.

Nicholas was the first attorney to practice law in the community of Waco. He also served as District Attorney for the Waco District from 1854 to 1858. During the latter year he was elected District Judge.

In (August), 1862 Nicholas resigned his judgeship and joined the army of the Confederate States Of America. Over forty two years of age he was, relatively,  an “old man.”


Lieutenant Colonel Battle’s unit was the 30th Texas Cavalry.  Within that organization he was the second highest ranking officer.

Without accessing whatever military service records might be available pertaining to Lieutenant Colonel Battle we are blind regarding any trials and tribulation he may have faced during his period of enlistment. We do know, however, that he survived The War.

The War ended, Nicholas returned to Waco, his wife, family and law practice. In 1874 Texas Governor Richard Coke appointed him judge of the Criminal District Court of McLennan, Falls and Robertson counties. He reportedly held this office until 1876 when the Texas Constitution abolished the court. At that time he returned to private law practice.

Nicholas continued to practice law in Texas until 1888. That year he moved his wife and family to Washington Territory. What prompted the removal to Seattle King County in the Puget Sound region of the Pacific Northwest is not known. What is known is that once here he, again, opened a law practice.

Mary Ann Cabaniss Battle died in Seattle on 2/3/1900. The cause of her passing is not known. She was/is buried in Seattle's Lakeview Cemetery located on the north end of that city's Capitol Hill.

On 2/12/1901 in his residence located at 1114 14th Ave. Seattle, "Judge" Nicholas William Battles remarried. The second Mrs. Battles was Jessie Hamilton (nee McKellar b.2/24/1859 Canada). The couple produced no children, but remained together until the death of Nicholas.

Nicholas William Battle died in Seattle King County, WA on 8/22/1905. According to one source, cause of the eighty five year old's death was "senile decay." Burial was/is in Seattle's Lakeview Cemetery beside Mary Ann.

Exactly where Jessie resided immediately following Nicholas' passing is not known. By 1925, however, she was residing and teaching in Olympia Thurston County, WA.