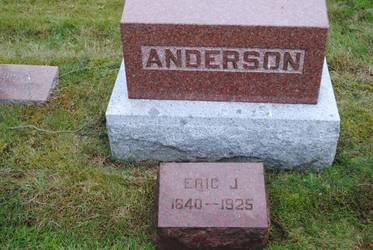 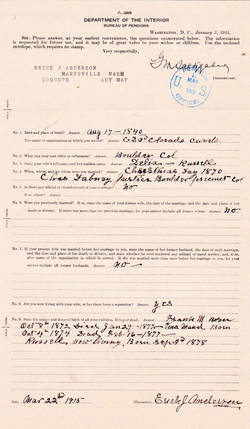 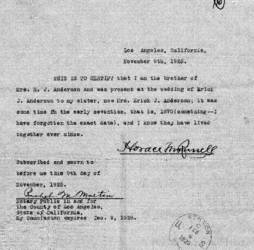 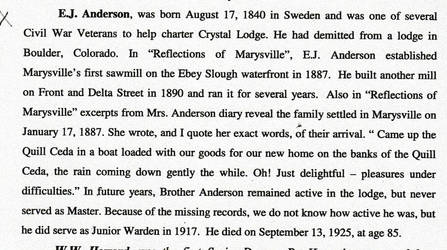 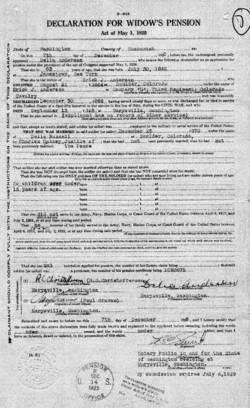 The 3rd Colorado was a western theater 100 day regiment. According to its regimental history in the American Civil War Research Database, "with the exception of the engagement fought with the Cheyenne and Arapahoe Indians at Sand Creek, Col., it had no opportunity to distinguish itself in battle.”

(In late November, 1864) all the mounted men of the regiment, numbering about 450 under command of Col. (George L.) Shoup were ordered by Col. Chivington of the 1st Col(orado) to proceed to Fort Lyon (Colorado) as part of an expedition he had planned against a band of hostile Indians encamped not far from the post. The remainder of Chivington's force consisted of Wilson's and Anthony's battalions of the 1st Col. Cavalry, the whole numbering some 1,000 men.

The camp of the Indians, consisting of about 130 lodges, was located on Sand Creek (in southeastern Colorado), about 40 miles north of Fort Lyon.  The Indians had gone there at the request of the Governor of Colorado, in order to escape ongoing military campaigns against other groups of Cheyenne and Arapaho who were perceived to be more hostile to whites. About 250 or more Indians, mostly women, children and elderly, populated the camp.

According to reports of the period, after a forced march from the fort the U.S. troops surprised them on the morning of Nov. 29, 1864, and after a fierce battle in which desperate bravery was displayed on both sides, the Indians were routed with great slaughter. The loss to the third was 9 men killed, 44 wounded, including two officers, and one missing.

Said Col. John Chivington in his official report of the engagement: "Of the conduct of the 3rd regiment 100-days service, I have to say that they well sustained the reputation of our Colorado troops for bravery and effectiveness."

The Sand Creek attack was initially celebrated as a victory in Colorado, but was soon condemned by many throughout the nation when it was learned the attack had been against women, children and the elderly despite the presence of (white) flags being flown which were the agreed-upon indicators of a peaceful camp. The entire affair, which has become known as the Sand Creek Massacre, was condemned by the Congress of the United States, but no one was ever held accountable. The affair has become one of the most controversial and widely discussed incidents in the history of Native/White relations in North America. To this day the Cheyenne and Arapahoe people to view Sand Creek as the greatest violent injustice ever committed against them. (The Arapaho Project/The Sand Creek Massacre (www.colorado.edu/w/sandcreek.htm).

Erick Johnson Anderson was born August 17, 1840 in the country of Sweden. The name of town in which or near which he was born is not known, No are the names of his parents and possible siblings. The only documentation pertaining to his birth family is that he, and likely therefore they, came to America in 1846. Once here, available records are silent pertaining to where the Anderson family settled.

First available paperwork regarding Erick's life in America comes from August, 1864 when, on the twenty first day of that month, in Boulder, Colorado Erick enlisted in the army. Personal data collected at the time of enlistment indicates Erick to have been twenty four years of age, six foot three (or four) inches tall, with blue eyes, light hair and a light complexion. His occupation was noted as "farmer" and (sic) "mechanic." His service time appears to have been benign as there are no significant entries on his record. Of note, however, is the fact that Erick and his unit although formed during the Civil War apparently never saw or fired a shot at a Rebel soldier.

1877 proved to be a year of sorrow for the Anderson family. Firstly, on January the second son Frank died. Secondly, on February the sixteenth, daughter Tina died. Both deaths were likely the result of some medical scourge of the time.

Besides the move, a lot more was going on with the Anderson family during 1884. For one thing, once in Washington Erick filed papers in the Territorial Capital of Olympia for homestead land located north of Seattle in Snohomish County in or near the present day city of Marysville.   Secondly, in November Erick became a naturalized United States citizen. Finally, in December the family moved onto their new homestead.

The nature of the family’s first homestead dwelling is not known, but mid January, 1885 Erick, Delia and son Russell moved into a new 16' x 24' hewn log dwelling. Near the same time a well was dug and a barn constructed. The Andersons formally moved onto the homestead 1/17/87. In a diary she kept at the time Delia wrote: “Came up the Quill Ceda (river) in a boat loaded with our goods for our new home on the banks of the Quill Ceda, the rain coming down gently the while. Oh!  Just delightful – pleasures under difficulties.”  That same year Erick established Marysville’s first sawmill on the Ebby Slough between Marysville and the nearby City of Everett.. During the next four years, in addition to working his land, Erick was apparently also employed as a millwright in his own sawmill/mills, a second which he constructed on  Marysville’s Front  and Delta streets..  Ownership of the homesteaded land was finalized in December, 1889.  In l890 he built a second

Erick J. Anderson died 9/13/25 in Marysville, WA.  The cause of his death was a stroke. He was buried in the Marysville cemetery.

At the time of his passing Erick was receiving a U.S. Government disability pension based on his period of Civil War soldiering. The amount of his monthly stipend is not known. After his passing Delia applied to the government to continue receiving at least a portion of these monies. Whether or not she was successful in so doing as well as the date and place of her ultimate death and place of burial are not currently available.