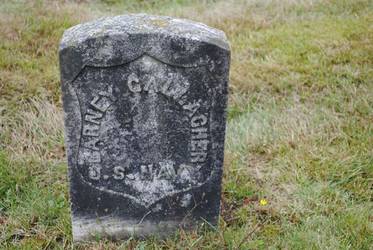 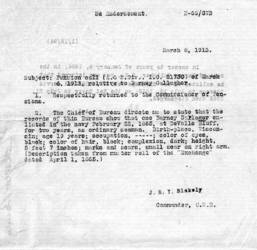 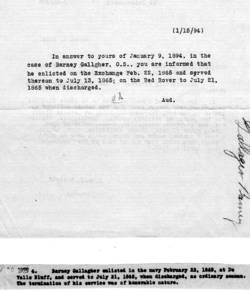 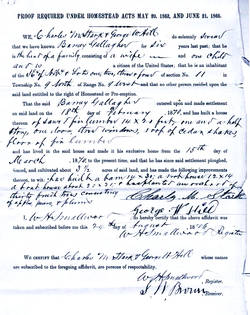 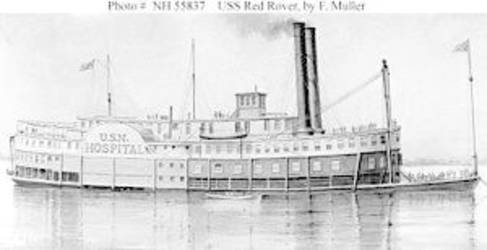 USS Exchange was a wooden stern paddle wheel propelled steamer. Weighing 211 tons, she was 155' 3" in length and measured 33' 5" across the beam, as part of the "inland navy," as her shallow, 6' draft allowed the vessel to ply the Tennessee River and, later, the Mississippi and its tributaries. With a crew of 81 and armed with two 32- pound cannon, four 24-pound howitzers, and one 12-pound cannon she was used as a gunboat in support of the Union Navy blockade of Confederate river waterways.  These duties included destroying enemy boats, sending landing parties ashore, shelling Confederate shore batteries and brining her firepower to bear in repelling guerilla attacks on Union camps.  Following the war she became an ammunition ship and carried ordnance where needed.

Launched in 1859 this 256 foot side wheel-propelled steamer was taken over by the Confederacy when the war began.  As a rebel vessel Red Rover functioned in the capacity of a general steamer, its 8 foot draft allowing it to traverse inland river ways within the western Confederate States of America. Captured by the Union Army in 1862, Red Rover was refitted and served within the Mississippi River Squadron until the War's end as the U.S. Navy's first hospital ship.

Note:  Following the American Civil War almost every honorably discharged Union serviceman received a disability/service pension.  These pensions, which ranged from only a few to up to one hundred or more dollars, were dispersed by a U.S. Government pension agency - at one time the largest bureaucratic agency in Washington, D.C.

Following WW1, as the numbers of Civil War veterans began to dwindle, files of those remaining pensioner files - whether for the veteran himself or his surviving spouse - were transferred to the newly formed Veterans Administration.  Within that agency, which exists to this day, some of those pension files have been misplaced or lost. As those files generally tend to be filled with a treasure trove of personal and family information, attempting to put together a comprehensive profile of a veteran whose files are not available is, at times, a daunting task.  Such is the case with the life profile of Barney Gallagher. As such, the biographical profile which follows has been created from U.S. Census data, homestead documents and other available sources. With many seeming contradictions in available sources, a true history of Barney Gallagher may never be able to be written until - if and when - missing pension files come available.

Only three pieces of information are available pertaining to Barney Gallagher's birth family. The first is that his father's name was Michael.  The second is that Michael was born in Ireland. The third is that Barney's unnamed mother was also born in Ireland.  When Michael himself or he and his wife/family came to America is not known as the family does not appear in U.S. Census tallies for 1840, 1850 or 1860.

One source indicates Barney was born on August 16, 1844 in Prairie Du Chien, Wisconsin.  Based on his entry date into the U.S. Navy during the American Civil War this would have made him about 21 years of age at time of enlistment.  His military service records, however, indicate he was nineteen years of age at enrollment. This is unlikely.  In later years, when providing information to the U.S. Census Barney claimed his birth year was 1847. If one accepts this year as accurate and August 16th as his birth month and date, then Barney was only sixteen years old when he joined the navy.

On February 22, 1865 Barney enlisted in the U.S. Navy for a period of two years. . At enlistment his vital statistics were as follows: Age - 19; Height = 5'7"; Eyes - black; Hair - black; Complexion - dark. A distinguishing body mark was a small scar on his right arm.  Although, no occupational information is listed, the fact that Barney enlisted as an able bodied seaman, rather than a landsman, would indicate he had had shipboard experience prior to his enlistment.  His service during the waning days of the war would be on two vessels assigned to the "inland navy."

Where Barney settled following the War is not known. Homestead applications for Washington Territory place a Barney Gallagher there in February, 1870 with a wife and one child. That Barney Gallagher settled on land located in Pacific County in the southwest corner of the territory along the Columbia River/Pacific Ocean. There, that Barney Gallagher, subsequently building a 14' x 20' house of sawn fir lumber.  The one and one half story dwelling had one door, three windows, a roof of cedar shakes and a floor of fir lumber. He also  plowed about 3.5 acres of land, built t 14' x 30' barn, a 12' x 14' root house, a boat house about  20' x 22' and planted an orchard of 30 fruit trees consisting of apples, pears and plums.

If the above individual was our Barney Gallagher, pre-war seafaring may have brought him to the Pacific Northwest's lower Columbia River region where Washington Territory abutted the state of Oregon, an area to which he chose to return after the war. Having made that supposition, after homesteading there, what may have prompted him to leave the area and, perhaps, return to Wisconsin.

The first hard information on U.S. Navy Barney seems to come from November 13, 1894 when, in Veazie, Washburn County, Wisconsin, he married Cora E. Crane/Crain (b. 1871 Freeborn Co., MN). If the sketchy available information is to be believed, after marriage Barney and his bride may have initially taken up residence in Prairie Du Chien.  Perhaps the domicile was the home of one of his relatives or a friend.

A look back at where the Gallagher children were born paints a picture of the Gallagher family's moving pattern.  By the time of the 1900 census the family had departed Prairie Du Chien, and was residing in Veazie, Washburn Co., WI.  Son James was three months old at that time.  It is not known if he was born in Prairie Du Chien, Veazie or an unnamed third location. Thomas, however, was reportedly born in Veazie.  The next Gallagher child, Michael, was birthed in Washington as was John.   The locations for the births of Michael and John not being noted, perhaps James, Cora and family returned to his Washington, by then a state, and settled on his old homestead.

The location for the final two Gallagher children born is noted as being Marysville, Snohomish County in the Puget Sound region of western Washington State. Did Barney and family choose to abandon his old homestead site and move northward?

1910. The census for that decade placed Barney, Cora and children James, Thomas, Mike, John and Antony /Anthony/Antone in Marysville, WA. Barney, at the time was working as a laborer in a saw mill. Ten years later the household - consisting of Barney, Cora and children Thomas (shingle mill laborer), Michael (shingle mill laborer), John, Antony/Antony/Antone and Joseph - was still in Marysville. By that time, however, Barney had left the mill and was engaged in farming.

Farmer Barney Gallagher died in his rural Marysville home on May 17, 1926.  Cause of death was listed as being diabetes. Burial was in the Marysville Catholic Cemetery.

Following her husband's passing Cora and her brood remained in Snohomish County. The census for 1930 found her in or near the community of Union, later a voting precinct of Marysville. In her home at the time were sons Thomas, Michael, John Antone and Joe. All the sons were employed in the lumber industry.

The census tally for 1940 placed widow Cora in the Snohomish County community of Quilceda (also near Union and Marysville) In her home at the time were sons John and Joe.  Living next door with their families were sons Thomas and Antony/Anthony/Antone.

Cora Gallagher died on August 31, 1949.  She was buried in the Marysville Catholic Cemetery beside Barney.