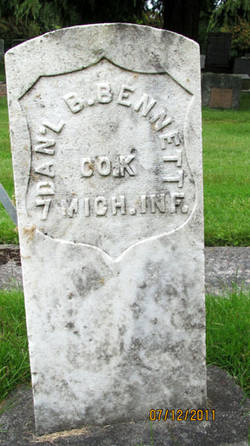 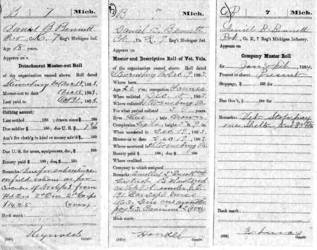 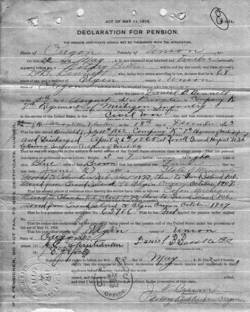 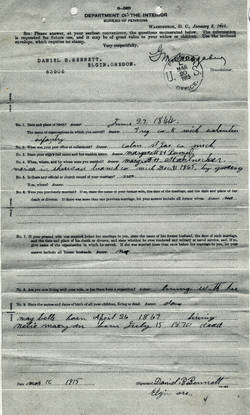 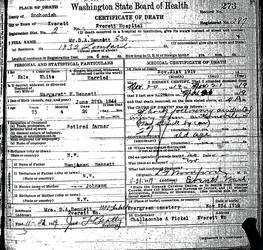 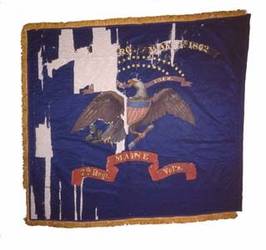 After being recruited from throughout the State of Michigan the 7th, a three year eastern theater regiment, was mustered into Federal service at Monroe, MI on 8/22/61. It remained there until 9/5 when it departed the state and joined the Army of The Potomac with whom it would spend its entire period of existence.

The spring of 1862 found the 7th with Union Gen. George B. McClellan in the Peninsula Campaign of Virginia. Battles fought included Yorktown, Fair Oaks, Peach Orchard, Savage Station, White Oak Swamp, Glendale and Malvern Hill. Almost immediately thereafter it was engaged at the second battle of Bull Run/Manassas. Complimented for their steadiness under fire, losses for the 7th in all these actions were severe. Then came the 9/17 battle of Antietam, MD in which its ranks were decimated nearly one half. Also lost were a large number of officers. The unit closed out the year at Fredericksburg where it volunteered to cross the Rappahannock River in pontoon boats while under fire in order to dislodge the enemy from the town and thus allow the unimpeded construction of bridges for the passage of Federal forces. The crossing was successful, but many were killed or wounded.

In mid-1863 the 7th was in Gettysburg, PA where it was assigned to a Cemetery Hill position during the second day of fighting. It retained the position until the close of the battle, but lost 21 killed and 44 wounded out of 14 officers and 151 men who entered the fray. The regiment then participated in the pursuit of the Rebels as they retreated back into Virginia.  In August, 1863 the 7th sailed for New York City to help quell draft riots. It then saw action in the Virginia battle of Bristoe Station. It spent the remainder of the year marching, fighting and building earthworks. Re-enlistment as veteran volunteers and furloughs home capped off 1863.

May, 1864 the 7th was with the forces of Union Gens. U.S. Grant and George Meade as they moved southward into Virginia in the Overland Campaign which would ultimately bring four years of bloody conflict to an end. Still, much blood-letting lay ahead as evidenced in The Wilderness, at Spotsylvania and during the disastrous charge at Cold Harbor.   Crossing the James River in mid June, the 7th arrived before the city of Petersburg where it assisted in building fortifications and performing picket duty until the end of July. After this came the battles of Deep Bottom, Reams Station, Hatcher's Run and the Boydton Plank Road.

In early 1865, the city of Petersburg fell after which the 7th took a conspicuous part, moving to High Bridge and Farmville. It was on the march when, on 4/9, Confed. Gen R.E. Lee surrendered his Confederate Army of Northern Virginia at Appomattox Ct. House, VA. After the surrender the regiment marched to Richmond, VA and from there to Washington, D.C. where it took part in the May Grand Review. In June it was sent to Louisville, KY and then back to Michigan for final muster and disbanding which came on 7/7/65.

Daniel B. Bennett was born on June 26, 1844. Some documentation points to his birth taking place in Minnesota, but the bulk of documented evidence, including family lore, places his birth in the State of New York where both his parents had been born. The 1840 U.S. census placed the elder Bennetts in Ontario County, New York. Whether or not they still resided there at the time of young Daniel's entry into the world is not known.

Regarding Daniel's parents, his father's name was Benjamin. His mother's Maria. Mrs. Bennett's maiden surname was Johnson.   As far as is known, Daniel was the second of a total of nine Bennett children. His one older sibling was a sister, Electra A. (b. 1836 NY). His younger brothers and sisters were as follows: Sarah (b. 1846 NY), Oliver and Josephine (b. 1849 NY), Mariah (b. 1850 NY), Harriet (b. 1852 NY), John W. (b.1859 MI) and Calvin McNeal (b. 1870 IN).   In 1850, the census found Daniel Bennett and his birth family still in Ontario County, New York. At that time they were noted as residing in or near the community of Naples.  By 1860, however the clan had removed westward from New York to Medon located in St. Joseph County, Michigan.

Not long after civil war beset America in April, 1861 5'9" blue eyed, brown haired farmer Daniel Bennett answered his country's patriotic call and joined the U.S. Army.  Enlistment documents note his being of a light complexion, but a document from later years indicates his skin tone may have been darker.  His residence at the time was likely the community of Colan, MI.  The regiment in which Daniel had enlisted was to find itself in the thick of fighting undertaken by the Union's Army of The Potomac. For Private Bennett, the first consequence of this fighting stance was his allegedly being wounded in the mouth during the battle of Fair Oaks, VA, during Union Gen. George B. McClellan's Virginia peninsula campaign. Interestingly, company muster rolls from the period make no mention of his being absent due to wounding, so the injury was likely not serious.  Healing, he returned to duty and later re-enlisted as a veteran volunteer.

Again, Private Bennett was wounded, this time on 5/12/64 during the battle of Spotsylvania Ct. House, VA. This wounding proved more serious with a rifle ball passing though his right shoulder fracturing the clavicle and scapula bones. With the wound not healing properly, in November, l864 private Bennett was furloughed home. Then on 4/26/65 as the War ground to a close, he was granted a medical discharge from the Lovell U.S. General hospital located in Burkesville, VA.

With war behind him, Daniel returned to Colan, Michigan. Scant months later on 12/31 he married Margaret Hannah Stahlmecker (b. 1844 OH). The wedding was likely held in Sherwood, Branch County, MI.   Daniel and his bride appear to have settled in Colan where their first child, daughter May Belle "Mabel" was born on 4/26/67. The couple would produce one additional child, Nelie Maryan/Nellie Maryann who was born on 7/15/70.   Throughout this period Daniel suffered from the effects of his second war wound. According to a 9/17/74 surgeon's report noted "The ball passed through the right shoulder fracturing the clavicle and scapula. (He now) has a large scar in front the outer end of (the) clavicle, also a large scar near the upper frontice  of the scapula.  The tissue about these scars is adherent, and the action of the muscles is severely impacted. ......He has (numbness) extending down the arm to the hand. The muscles about the shoulder are wasted; the whole arm is weakened. He is not able to carry anything on this right shoulder." Diagnosed as fifty percent disabled, former Civil War private Daniel Bennett was soon awarded a U.S. Government disability pension, the initial monthly amount which is not known.

In 1870 farmer Bennett, Margaret and Mabel were residing in Sherwood, Branch County, MI. At some point, however, perhaps as early as 1872 they removed from Michigan to Columbus, Platte County, Nebraska. It was there they were located by the 1880 census. The family remained in Nebraska for approximately the next seventeen years, making but one intra-state move from Columbus, Platte County to Grand Island located in Hall County. The remained there until 1907 when they made the leap from Nebraska westward to Elgin, Oregon. Why this move was made is not known as by that time it appears Daniel was considered to be a "retired farmer', perhaps because of his continued on- going difficulties with physical problems stemming from his war wounds.

Dropping back a bit, as early as April of 1893, Daniel was seeking an increase in his monthly pension stipend because of additional disabilities including rectal problems, atrophy of his testicles, rheumatism, etc. from his shoulder wound and walking difficulties due to sciatica (nerve) problems. The following year he added to the medical laundry list with piles and scurvy. With all his war-related ills, by 1900 his monthly invalid had grown to $16.

Sometime after 1910, Daniel and Margaret moved again, this final time from Oregon to the City of Everett in Snohomish County, Washington. This move appears to have been prompted by being able to reside with their only remaining child, married daughter May Belle. It was while residing with May Belle that Daniel was tragically killed in an automobile-pedestrian accident on 11/20/19. The Everett Herald on 11/21/19 described what occurred as follows: "D.B. Bennet, a 78 (.4) year-old Civil War veteran, is dead from injuries suffered last evening about 6 o'clock when he was struck at Twentieth Street and Broadway by an automobile driven by Fire Chief Al Taro. Both of Mr. Bennett's legs were broken, one arm was fractured, and he suffered a scalp wound and internal injuries when inflicted that, coupled with the shock, caused the aged man's death. Mr. Bennett died this morning at the Everett hospital about 5 o'clock. Fire Chief Taro and his brother Lawrence Taro, were in the chief's automobile at the time of the accident, Chief Taro at the wheel. They were en route north on Broadway to Lawrence Taro's residence where the chief had been invited to dine. A light rain was falling, obscuring the driver's vision. As the car approached Twentieth Street the Chief's attention was drawn to a Shadowy figure to the front and left. He slackened speed and leaned outside the car to get a clearer view. As he did so, Bennett, who was apparently crossing from the west to the east side of the street, stepped in front of the car. The Chief swung the wheel sharply to the right to avoid striking the man. Bennett quickened his pace and kept directly in front as the car continued swinging sharply to the left. Taro jammed on the brakes and was bringing the machine to a stop when the front fender struck the aged man, who fell heavily to the street. It is doubtful, Chief Taro said today, whether the automobile, after hitting Bennett went forward more than six inches. The Chief and his brother picked up the injured man, driving him into a neighboring home. A physician was called and first aid measures were resorted to until Challacombe & Fickel's ambulance arrived to carry the aged man to the Everett hospital. Although given every attention at the institution, Mr. Bennett did not rally from the first shock. He grew steadily weaker and his recovery was despaired of early last evening.  "It is the first person my car has injured in eight years" said Chief Taro this morning. The fire Chief feels the accident keenly. "I have always been a crank about safety-first measures and have taken steps to have careless department drivers dismissed from the service. About three blocks this side of twentieth my brother and I both remarked how difficult it was to see ahead because of the rain on the windshield and how easy it would be to run down some pedestrian. That thought made me slacken the speed of the car and we were doing no more than ten miles an hour when we approached the Twentieth street crossing, and both of us were keeping a pretty close watch."   Daniel was buried in Everett's Evergreen Cemetery.

Margaret continued to live with her daughter and family until death claimed her on 5/11/40. She was buried beside Daniel at Evergreen.