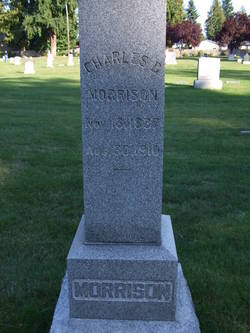 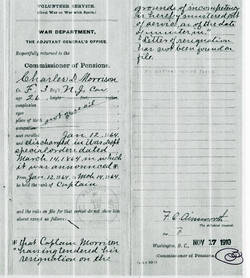 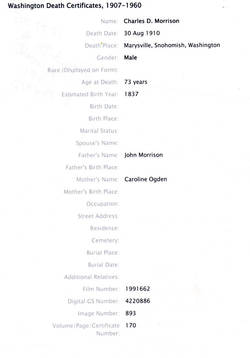 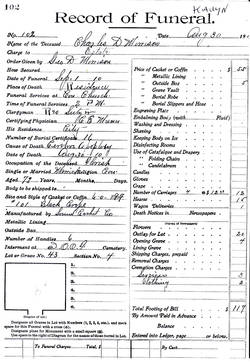 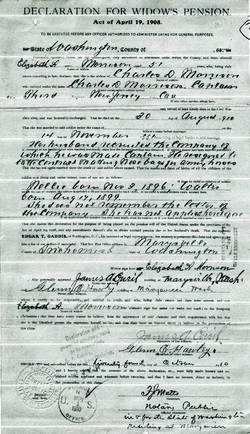 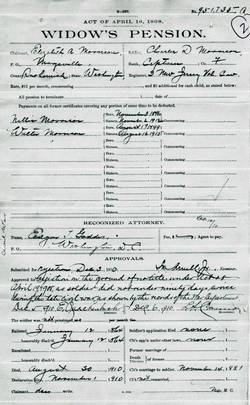 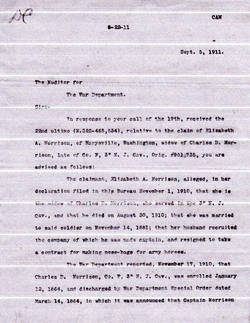 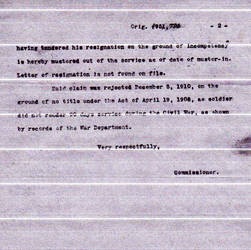 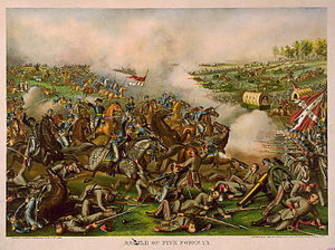 *Note: Although Charles Morrison was the driving force in recruiting what became company "F" of the 3rd New Jersey Cavalry, except on paper, he never served with the company or regiment. As such, only a cursory overview of the 3rd's history is presented herein.

Recruited during the winter of 1863/'64, this three year eastern theater regiment also known as the 36th NJ Infantry, was mustered into U.S. service in February, 1864 as the "First United States Hussars." The moniker was short-lived.

The third saw most of its action in Virginia's Shenandoah Valley during actions there from mid to late 1864, the time during which Federal forces swept the enemy from the "breadbasket of the Confederacy."
By the spring of 1865 the 3rd was engaged in Union operations around Petersburg, VA leading up to the last rand assault upon Confederate forces at Five Forks. It then joined in the pursuit of Gen. Robert E. Lee's fleeing army. That army being surrendered to Union Gen. U.S. Grant on April 9th, 1865, the regiment proceeded to Washington City and thence to Trenton, New Jersey where it vanished into history.

First documental data on Charles comes from January 12, 1864 when he enlisted in and was mustered into the 3rd New Jersey cavalry as captain of company "F”, a unit which he had personally recruited. Here is where Captain Morrison's military career took a strange turn.  On the same date as his enlistment/mustering in he resigned his captaincy commission and from the military on the grounds of "incompetency."  (Note: While Captain Morrison’s resignation was entered on 1/12/64, he – at least on paper – was officially a member of the U.S. Army until 3/1/464.when that resignation was acted upon and retroactively accepted.) Was he really incompetent as an officer? That seems unlikely as he had never taken to the field.  What, then, would have been the motivation for this move? Was it just an excuse to depart the military?  We shall see.

Departing the military it appears Charles remained in New Jersey. However, the only known piece of documentation of this comes from February 12, 1870 when, in that state, he applied for a U.S. passport.  Additional details are not available.

On November 14, 1881 Charles married Elizabeth A. Howell (b. 5/58 or '61). This was apparently his second marriage.  No details of the first including his wife's name and possible children remain. Also, where the second wedding took place is not known.

The U.S. Census of 1900 placed the Morrison family consisting of Charles (no occ.), Elizabeth, Howell, Charlotte, William and Waler in Buffalo, Eerie Co., NY.  A decade later, in 1910 Charles (a florist) and family - Elizabeth, George, Howell, Charlotte, Nellie and Walter - were in Marysville, Snohomish County, Washington State.  When and why the cross continent jump had been made is not documented.

On 8/30/10, not long after the 1910 census Charles Morrison died.  Cause of death was listed as Cerebral Apoplexy. He had suffered a fatal stroke. His passing came in Marysville and his remains were interred in the Marysville Community Cemetery.

Apparently knowing of her late husband's connection with the American Civil War, not long after his death Elizabeth, with two children under the age of 16 in her home - Nellie and Walter - petitioned the U.S. Government in hopes of receiving a widow's pension based on Charles' Civil War service.  It was then she learned of her husband's short - far less than the 90 days of service needed to obtain any kind of pension - military career. It was during this process she set forth that her late husband had resigned his military commission in order to accept a contract to manufacture nose bags for use on army horses (and mules).  Her pension claim was rejected.

Elizabeth would remain in Marysville the remainder of her days.  In 1920 the census placed sons George and Walter in her home.  1930 found son Walter who was working in some capacity for the Great Northern Railroad and his wife in the home. She died 7/25/32 and was buried beside Charles.