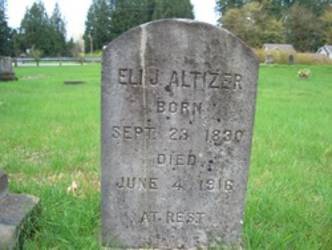 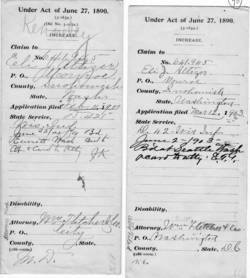 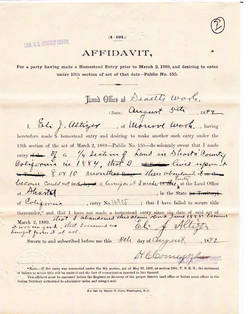 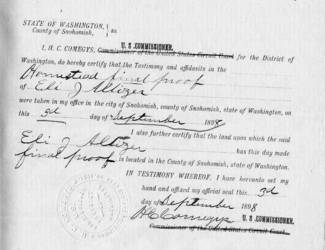 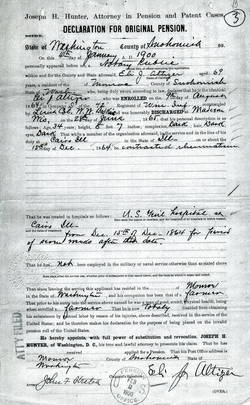 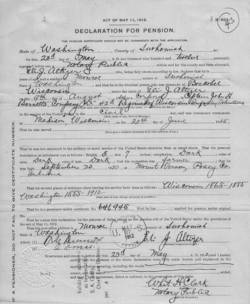 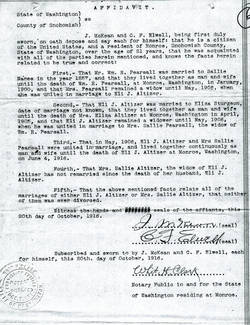 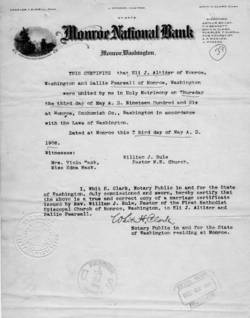 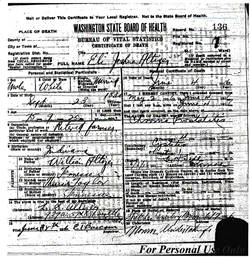 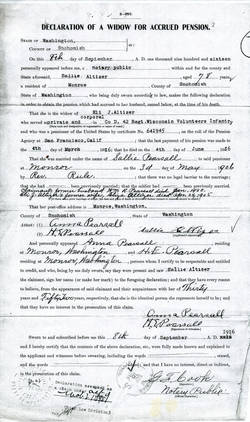 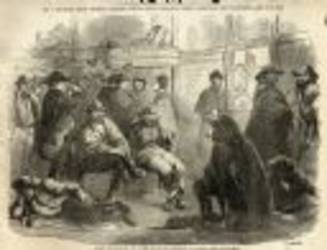 The regiment was reunited at Cairo during the early winter months of 1864/'65 and performed provost and/or guard duties until mustered out of existence.  During its brief period of existence, which apparently included no combat duty, no officers or enlisted men were killed or mortally wounded, but 57/58 enlisted men died of disease, accidents, etc.

Eli J. Altizer was born 9/20/30 in or near the community of Mt. Vernon, Posey County, Indiana to Elias J. (b. l776) and Thurzy (nee Taylor b. l878 TN) Altizer. Eli was the middle child of seven known Altizer children. His older siblings were John W. (b. l810 IN), Elias (b. 1822 IN) and Nancy J. (b. l824 IN). His younger siblings were David (b. l831 IN), Sarah A. (b. l833 IN) and a child identified on by the initial L (b. 1834 IN). Considering the gap between the birth of John and the birth of Elias, likely there were other children whose names have been lost in the mists of time. Finally, because all the Altizer children were born in Indiana that is likely where Eli spent his early years.

Following birth the first documentation pertaining to Eli comes from the 1850 U.S. census of Grant County, Wisconsin. Found in that study is the household of his married older brother, Elias, and a separate household consisting of Eli (aged 19 occ: miner), his mother Thursey and younger sister, Sarah. The following year, on 10/15/51 in the community of Gran, Lancaster County, WI he married Elizabeth "Eliza" Ann Sturgeon (b. 6/29/22 or '28 PA). In 1900 she would say that she had given birth to six children only one of which was living at the time.

1860, another census and Eli cannot be found! He next appears document ally in Wisconsin in 1864. Firstly, sometime that year the Altizer's first child, daughter Alvina A., was born. Secondly, on 8/9 Eli enlisted in the U.S. Army, likely receiving a sizable enlistment bonus or "bounty." His vital statistics at that time were as follows: Age= 34 years (the average age of a Civil War combatant was 27.6); Height = 5'7"; Complexion = dark; Eyes = dark; Occupation = farmer. Of note during his period of service was his contention that in mid December of that year, while on duty at Cairo, IL he contracted rheumatism which lead to his hospitalization in that city for a period somewhere between two and seven weeks. In 1890 as grounds for requesting a U.S. Government disability pension based on his Civil War soldiering. Eli would point to continuing rheumatic problems stemming from that period which, along with general debility, prevented him from performing manual labor. The pension was granted and began with a stipend of $6 per month on 8/19/90. By time of his death it had increased to $20 per month.

After exiting the military it appears likely Eli returned to his family and farm in Wisconsin. It was there on 12/10/68 that son Travis Sherman was born. Another son, Lewis S. was also born in WI the following year. In all, the Altizers would produce six children, the names of only three of which are known.

Interestingly enough, the Altizer  clan  cannot be found in the 1870 census, but a decade later they were located in Elkhorn, Webster County, Iowa. Eli’s occupation at the time was listed as “farmer.”

Around 1884 Eli and family, or at least Eli himself, departed the Midwest - it is unclear if he/they - was/were - living in Indiana or Wisconsin at that time - and travelled westward to California where he staked a homestead claim, based on his Civil War service, in Shasta County with the Redding Land Office. Later, Eli would state that he lived and worked there for eight or ten months before abandoning the claim site because it was no good and he "could not make a living."

It appears that from California Eli/the Altizer family, travelled northward to Washington Territory. His 1916 obituary noted he arrived in Monroe, located in Snohomish County, in 1885.  However, the first documental information of him being in Washington does not appear until 1892 when, at the Seattle, WA Terr. land office he submitted a second homestead claim for a quarter section of land located the Monroe area. While the question of this being his second application was raised, the request was granted. Eli and Eliza would remain in Monroe until the time of their deaths.

Eliza Altizer died on 4/24/05 and was buried in the Monroe I.O.O.F. Cemetery the cause of her passing is not known.

On 5/3/06 Eli remarried to Sallie/Sally Pearsall (nee Names b. 3/3/38 NY). She was previously wed to one William R. Pearsall who was not a Civil War vet. Mr. Pearsall had died in 1900. Eli and his new bride settled in Monroe. The 1910 census for that community listed him as the local postmaster.

Civil War veteran Eli Altizer died on 6/4/16 at his Monroe home located on Ann Street. Although his obituary noted it was preceded by a "brief illness", the cause of his passing is not known. At death he was 85.8 years of age. His only surviving child was son Travis who was then residing in nearby Seattle, WA. Eli was buried in the Monroe I.O.O.F. Cemetery beside Eliza.

Following Eli's passing Sallie attempted to continue receiving a portion of his disability pension. The petitions, however, were always rebuffed on the grounds that she had married the old solder after June of 1905. Sallie died in Monroe on 2/9/21 and was buried near Eli.