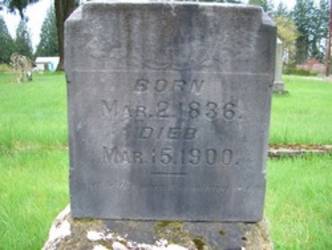 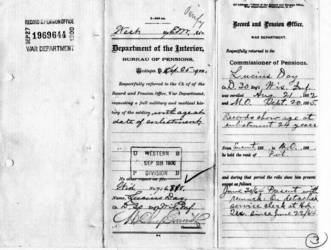 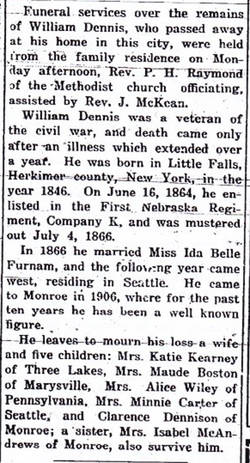 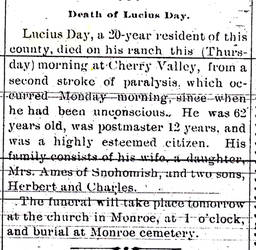 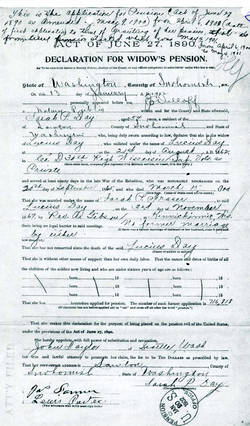 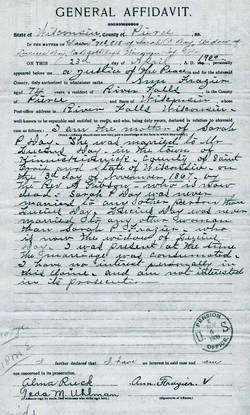 The 30th, a three-year western-theater regiment, was mustered into Federal service in October, 1862. In early May, 1863, companies "D", "F", "I" and "K" were ordered to the upper Missouri River region to act as guards for transports accompanying the Indian expedition under Union Gen. Sully, from Sioux City, IA to Fort Pierre, Dakota.  Companies "G" and "E" were then sent to Superior and Bayfield, WI to keep a close eye on the Chippewa Indians who were agitated by the Sioux outbreak in Minnesota.  In August of that same year detached companies were used for maintaining order during the enrollment under the conscription act, furnishing guards for draftees, recruits and deserters. The regiment spent the winter "in state."

In March, 1864 detachments of the regiment were ordered to various posts in northwestern Minnesota and the Dakota Territory. There they spent the spring and summer campaigning with Gen. Sully against the Indians, guarding emigrants, making many difficult marches through wild county, and participating in a number of engagements with the hostiles.

Reunited at Louisville, KY that same fall - with the exception of company "I" which remained at Fort Union until the following summer - the 30th was utilized in prison guard duty, as provost (military police) guard in Louisville and for garrison duty in Frankfort and Georgetown.  These assignments continued through the winter and into the spring of 1865.

Company "I" rejoined the organization in late June, 1865. The entire regiment was mustered out three months later.

NOTE: Most honorably discharged Civil War veterans subsequently received a U.S. Government pension with a monthly stipend ranging between a few single digit dollars per month to between seventy and one hundred dollars per month. The Civil War pension office was one of, if not the largest Washington D.C. entities between the ending of the War and the late 1920s.  By that later time, with the number of Civil War veterans dwindling, the files of remain veterans were transferred to the newly created Department of Veterans Affairs.  Over the years some of those files entrusted to the VA have become lost or otherwise misplaced.  Such is the case with the records of Lucius Day.  As such, some of those records were not available for inclusion in the biographical profile which follows.

While there is a Lucius Day, age 23, a tinsmith, living in Rockford, Winnebago county, Illinois during the 1860 census, it is not known for sure if this the man profiled herein. What is known is that in August, 1862 our Lucius Day enrolled in Captain Fulton's company of the 30th Wisconsin Infantry. That organization would shortly become company "D" of the 30th. For his enlistment, the 24 year old received a $100 enrollment bonus or "bounty", $25 of which was paid up front, with the remainder to be disbursed in increments during the private's three year period of service.

Speaking of Private Day's period of service, it was apparently very benign.  The only notation on his muster rolls, beyond being present for duty, was that he was on detached service as a clerk at (regimental) headquarters as of 6/22/64. How long he remained on this status is not documented.

Private Day was separated from the U.S. military on 9/20/65. Where he settled and what he did for an occupation at that time is not documented. His first postwar sighting is on 3/112/67 in Kinnickinnic, St. Croix county, Wisconsin when he married Sarah P. Frazier (b. 5/23/46 Ulysses, NY) at the home of her father.  Neither had been previously married. The union would produce four children, the names only three of which are available: Charles "Charley" L. (b. ca. 1869 WI), Harriet/"Nettie"or"Hattie" A. (b. 1872 WI) and Hubert/Herbert "Bert" (b. 1877 WA Terr.).  As noted by the children’s' birth states, between 1872 and 1877 the Days quitted Wisconsin for Washington Territory.  Why the move far westward was made is not known.

A census reading for King County, in the Puget Sound region of western Washington Territory conducted in 1879 found Lucius, Sarah, Charles, Nettie and Hubert on a farm.  That farm was most likely located in the northeast portion of that county. The census of the following year narrowed that site down to the town of Squak/Duvall.

1889 - Washington Territory became Washington State.  That same year the Days were noted as residing and farming in or near the east King County community of Snoqualmie in the foothills of the Cascade mountain range. That residential location would change within a year, however, as the U.S. Veteran census of 1890 placed the Days back in the Duvall area residing in the Cherry Valley region between that town and the northward community of Monroe. That "census" also noted that the former private was suffering from chronic diarrhea.

On March 25, 1899 the Monroe newspaper, The Monitor, reported the following:  Last Tuesday afternoon while on the road about four miles from his home in Cherry Valley, Mr. Lucius Day suffered a paralytic stroke, and as no one was with him he lay where he fell all that night and part of the following day.  When he was found by one of the neighbors lying helpless in the snow and nearly perished. He was conveyed to his home and Dr. Ball sent fore, who reports the old man very low, but thinks if no complications set in he will be able to pull through.  Mr. Day is a veteran of the civil war, 62 years old and a pioneer of this county.  He has been postmaster of Cherry Valley for a number of years.  He enjoys a large circle of acquaintances and no man stands higher in the estimation of all who know him that does he.

Former Civil War infantry Private Lucius Day died in Cherry Valley on March 15, 1900. His Monitor obituary read as follows: Another old soldier has passed away, and again we are remembered of fleeting time and how rapidly the veteran ranks are thinning.  Lucius Day passed away at his home in Cherry Valley, Thursday, March 15, after over a year of sickness.  Mr. Day was born in Burlington, Vermont, March 2, 1838: moved later to Wisconsin where he answered his country's call and was among Wisconsin's volunteers, serving at the front for over three years, after which he returned to Wisconsin and married Sarah Frazier and soon after moved to Washington settling on the Snohomish River in Cherry Valley, where he raised up his family and hewed out his farm from the unbroken forest.  He was among the early pioneers of the county, and was honorably known in both Snohomish and King Counties, holding many positions of trust among which were postmaster of Cherry Valley for over 25 years.   He leaves a wife, two sons, a daughter and many friends to mourn his loss.  He was buried in charge of (the) Snohomish G.A.R. Post at Monroe (I.O.O.F. cemetery) March 16, 1900.

While the exact date is not known, following Lucius’ death a Grand Army of The Republic post was found in Monroe. That post was named in his honor.

At death Lucius was receiving a $12 per month U.S. Government disability pension stipend based on ailments which he traced back to his Civil War soldiering days. Almost immediately after her husband's passing Sarah began the paperwork process to continue receiving at least a portion of that stipend. While it appears that request was granted in May, 1901, because of the lack of documental paperwork, the onset amount of that stipend is not known.

In 1900 Sarah was noted as residing in Cherry Valley, King County, WA with unmarried son Charley, who was noted as being a farmer.   On 1/1/02 she was chronicled as living in Sawton, Snohomish County, WA. In 1916, when she applied for a pension increase, her address was listed as being slightly north of Cherry Valley in the Snohomish County community of Monroe. Likely she was with Charley as that was where and with whom the 1920 census tallies located her.  . At that time the household also included son Herbert/Hubert.  The same was true for the three in 1930, but that year Sarah was positioned as head of the living group.

Sarah Day died on November 4, 1938. At that time it was reported that she had lived in Duvall for 64 years. She was buried beside Lucius in Monroe.

POSTSCRIPT: At some point after the death of Lucius Day, a Grand Army of the Republic post bearing his name was formed in Monroe.