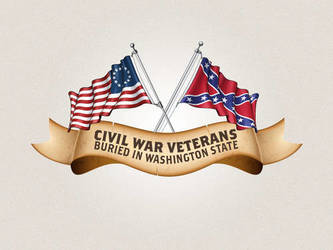 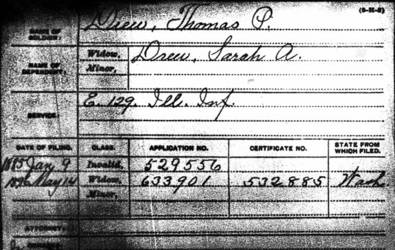 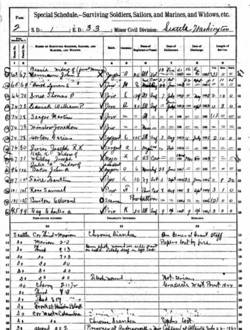 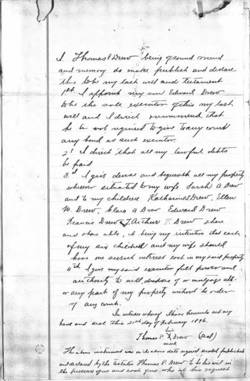 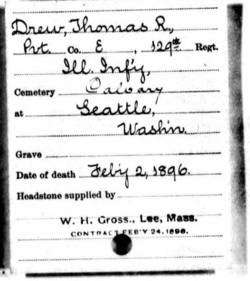 The 129th Illinois was a three year infantry regiment. Five companies were from LIVINGSTON COUNTY, four from Scott County and one from Rock Island County.  Its period of service was in the western theater of the American Civil War (ACW).

Leaving the state of Illinois on 9/22/1862 the 129th reported to Louisville, KY. There, from the middle of December, 1862 until the first of June, 1863 it guarded the railroad that ran from Bowling Green, KY to Gallatin, TN. In that period it had frequent clashes with Confederates attacking the rail line.

In 1864 the 129th participated in all the major battles during Union Gen. William T. Sherman's campaign to capture Atlanta, GA. After the fall of that city it marched to Savannah and the sea.

The War having ended, the 129th moved to Washington City. There, it participated in the Grand Review before being mustered into history.

No specific date or month has been found within available documents. The location of his being born was within the state of New York.

Thomas' parents were both born in Ireland. Their names are not known. Other unknowns are whether or not they had produced children other than Thomas and when they arrived in America.

In August, 1862 Thomas was residing in Fairbury, Livingston County, IL. That was when and where he enlisted in the U.S. Army. Beyond his enlistment, muster-in  and muster-out dates all we known about his service period is that he did survive, but received a gunshot head wound which resulted in total  loss of hearing in his left ear. Military and military medical records will have to be retrieved to learn more about the wounding.

Having returned to civilian life, during 1866 in La Salle, IL, Thomas married. His bride was Margaret H. "Maggie" Murphy. Maggie had been born in Wisconsin during the year 1849.

As best as can be determined, while together Thomas and Maggie produced four children: Katherine L. "Katie" Drew (b. 1872 IL), Edward "Eddie" Drew ( b. 1873  IL), Neil "Nellie" Drew (b. 1876 IL) and Clara Agnes Drew  (b. 1878 IL). Although it is not documented, Maggie may have died from childbirth complications while bringing Clara into this world.

The U.S. Census of 1870 had found Thomas and family - including Margaret's mother, Johanna Murphy - in Hope LaSalle County, IL. Thomas listed his occupation there as hardware merchant. In 1880, a decade later, he was still selling hardware in LaSalle County, but at that time in the community of Lostant.

During the years intervening between 1870 and 1880 it appears Thomas may have drawn upon his Civil War service record to purchase an eighty acre homestead tract in Illinois. It is unclear if he made the purchase on 5/29/1873 or that is when he received title (patent) on the tract.

As of 1880 Thomas - a widower - was still receiving assistance in raising his children by his late wife's mother. No additional details are currently available regarding his arrangement.

Not long after the 1880 census it appears Thomas remarried. The second Mrs. Thomas Drew is identified only as Katherine Ronan. Thomas and Katherine produced three children: Arthur Drew (b. 7/1/1882 IL), Memeie "May" Drew (b. 8/1884 IL) and Frank Drew (b. 6/14/1884 or 7/1885). After the birth of Frank Katherine disappears from available documentation.

The Civil War Veterans tally of 1890 found Thomas residing in Seattle King County, WA. What had drawn him to the Puget Sound region of the Pacific Northwest and when he had arrived here are not known.

In 1892 Thomas was still in Seattle King County, WA. He had apparently married for a third time by then as he has a wife named Sarah (b. 1858 IL). Nothing more is known about Sarah.

Thomas Drew died in Seattle, King County, WA on 3/4/1896. Details of his passing are not available. Burial was/is in the north Seattle', Roman Catholic, Calvary, Cemetery.