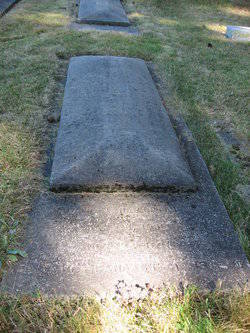 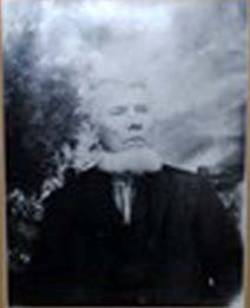 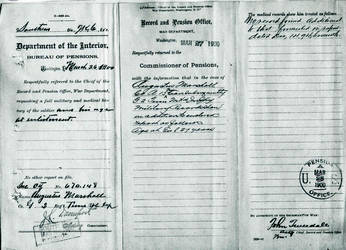 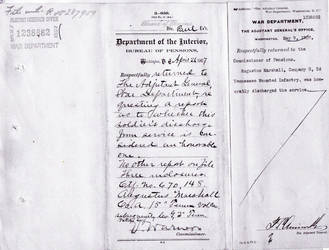 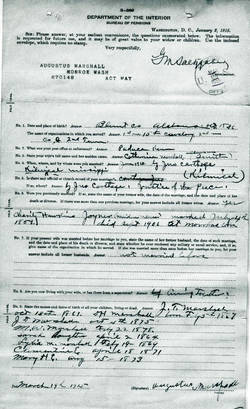 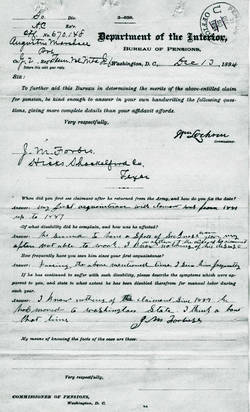 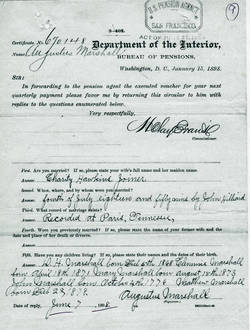 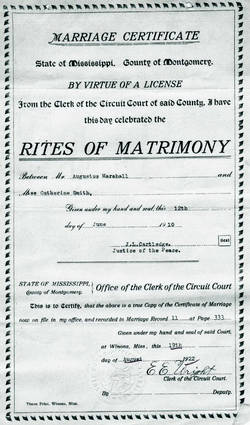 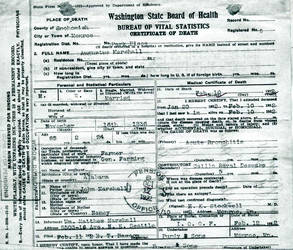 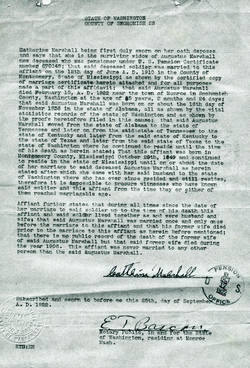 This one year western theater regiment was principally recruited from the vicinity of Wayne, Hardin and Perry counties, Tennessee. It began to take shape during the summer and fall of 1863. Initially it was to be the 15th TN Cavalry with men so recruited for Co. "A" (mustered in 10/1/63) belonging to that numerically designated unit. By 2/1/64, when final organization of the unit was begun, seven companies had been completed. Two more companies were added in April and Co. "K" capped off the regiment in June. Somewhere along in there, perhaps as early as February 2nd, and at least by April, 1864, the numerical designation and functional focus of the unit was changed from the 15th TN Cavalry to that of the 2nd TN Mounted Infantry.

By late 1863 and early '64 the Union apparently had sufficient cavalry units acting as the "eyes and ears" of their armies. The mounted focus was then shifting away from such organizations to those in which the soldiers utilized their mounts not for scouting and/or raiding purposes, but as transportation from place to place. Once a destination was reached, the men dismounted and fought as infantry. As such, this was the beginnings of today's mechanized infantry units.

The only census reading for 1840 that appears to match this family finds a John Marshall with three children in Mobile, Alabama. Interestingly, this John Marshall owns two slaves. While nothing specific is known about Augustus' childhood, formative or teenaged years, it appears that by 1850 his parents had removed the family from Alabama to Tennessee where they resettled in Carroll County.

With the coming of what is now called the American Civil War in April, 1861, life became "interesting" for Augustus as Tennessee was a much divided state in terms of north/south loyalties. As he later noted: "I was in the rebel country when the war came up and the rebels and secesh (were) hot after the union men and I had to keep out of the ways until the union soldiers got possession of the country, then I went into the army in the fall of 1863."

On 11/15/63, in Paducah, KY Augustus Marshall enlisted in the U.S. cavalry for a period of one year. Before being mustered and taking to the field, however, the regiment became a mounted rifle unit, one of the first ever created.  (See regimental history above).

Private Marshall's military career, besides being relatively short, was seemingly benign. His only medical notation was that between 11/30 and 12/2/63 he was treated for diarrhea and returned to duty. More interesting is a notation that on 12/29/64 he was absent from his company because of being under arrest at Gallatin, TN. No specifics are available pertaining to this arrest, but finding that he was honorably mustered out of the service on 1/19/65 "to date 12/28/64" it appears likely that believing his one year enlistment was over private Marshall decided not to show up for roll call!!!!

Although military life was behind him, the war was not yet over. This created additional problems for Augustus as, having served for the Union, he did not feel it was safe for him to return home to his wife and family. As such, in his own words, "I was here and there until the war was over, (but) in March I slipped home and made arrangements to get my family out of the country and I went to Kentucky." In all likelihood their place of settlement was in or near the community of Springhill.  The Marshalls remained in Kentucky until the fall of 1878 when they removed Texas. It was there, residing in McLennan County that the 1880 U.S. Census found the farming family.

Circa sometime in 1887 the Marshalls moved anew, this time from Texas to Washington Territory. Why the move was made is not documented, but in l889 they were found living in the King County community of Fall City east of Seattle in the Puget Sound region.

Although available records are unclear on the matter, it appears that after arriving in Washington Augustus began the process of obtaining a U.S. government disability pension based on his Civil War soldiering. By his telling he suffered from chronic lung problems which he traced back to a severe cold or bronchitis which he had contracted while on duty in January, 1865 near Gallatin, TN. He claimed it was difficult to find people in the places he had resided during and after the War that would attest to his Union service and resulting medical difficulties. In Augustus' words "The rebels don't want the union soldiers to get a pension and (so) they are not going to prove up for the union man....The dr. (that) treated me then is dead now. He was a union man. He was an old man when the war was going." Other ailments included malarial poisoning, partial deafness and impaired sight all of which developed in 1879 while in Kentucky. In January of 1897 the claim was rejected.

By early February, 1903 the Marshalls had departed Fall City and moved slightly northward to the Snohomish County community Monroe. Also by this time farmer Marshall's pension rejection had been appealed. The appeal was supported by a medical evaluation recommending a monthly stipend of $12 because of rheumatism, heart trouble, impaired vision and senility. Again, however, the plea was ignored as it was again in early February, 1905 when a payment of $10 per month was recommended. Finally, on 4/3/06, after having been examined by doctors at least nine times, the former Union Army private was admitted to the pension system. Although the initial amount of the stipend is not known, it would grow to $50 per month by the time of Augustus' passing.

Even though 1906 finally brought a victory in Augustus' pension battle, the year also served up sadness when, on 9/19 Charity died. She was buried in the Monroe I.O.O.F. Cemetery.

The 1910 census found Augustus still in Monroe. Living with him in the home at that time were his now-divorced daughter, Mary, and her two children.

That same year Augustus left Monroe and travelled back to the south where, on 6/12 in Kilmichael, Montgomery County, Mississippi he remarried to the never previously married Catherine Louise Smith (b. 10/29/49 or '50 Montgomery Co., MS). Although the evidence is murky, there is some evidence the wedded couple travelled from Mississippi to Iowa and may have settled there for a time before returning to Park Place, an area near Monroe, Washington. It was there they were residing at the time of the 1920 census.

Augustus Marshall died 2/10/22 near Monroe, Washington. At death he was 85.2 years of age. Cause of death was noted as acute bronchitis with other factors contributing. Burial was on 2/12/22 at the Monroe I.O.O. F. cemetery.

After Augustus' passing, Catherine began an attempt to continue to receive at least a portion of her late husband's pension monies. Whether or not she was successful is not known. She died 1/19/23 and was buried in the Marshall plot at the Monroe I.O.O.F. Cemetery.