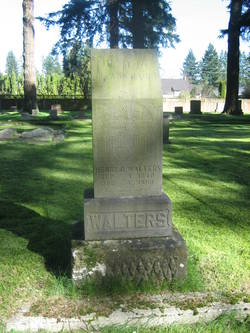 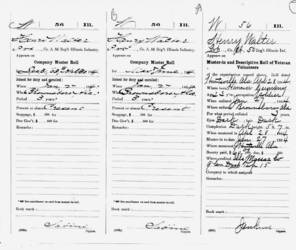 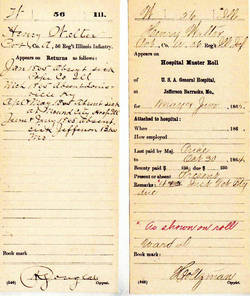 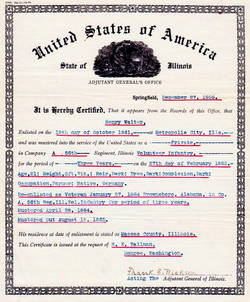 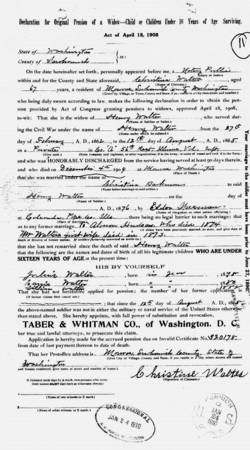 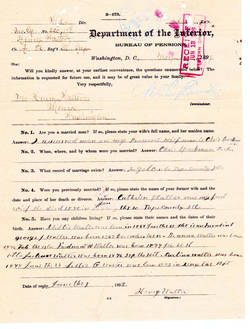 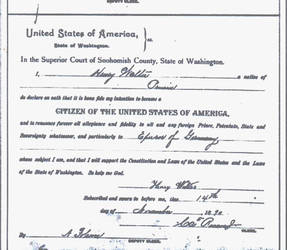 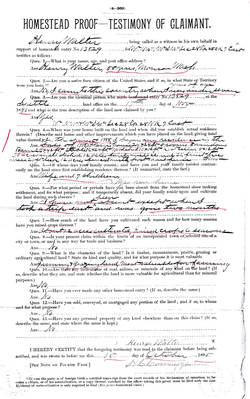 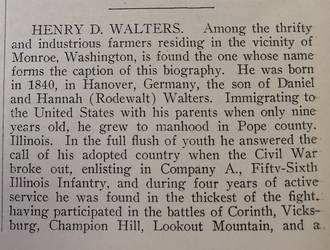 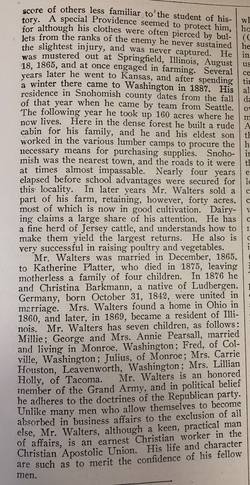 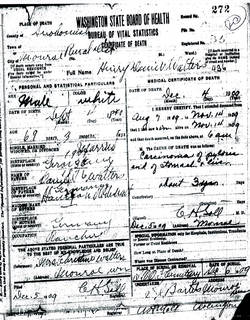 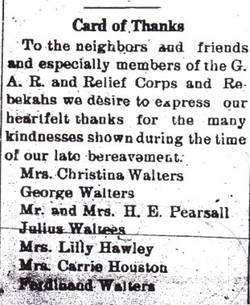 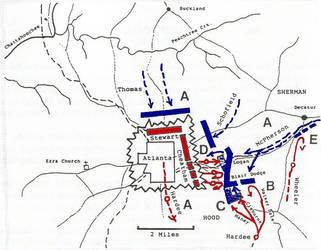 The regiment had its baptism of fire in October, 1862 during the battle of Corinth, MS. During the fighting, the 56th along with another unit charged at full run and recaptured some Union cannons that had been taken by the enemy. They then repulsed Confederate reinforcements that were coming up and broke the center of the Rebel line causing Confed. Gen. Price to withdraw his army.

May, 1863 found the 56th before Vicksburg, MS. There it was involved in the original frontal assaults upon that fortress City  and, in June lost, many men killed and wounded while occupying a crater that had been created by a Union attempt to blast their way into the city.

After Vicksburg's surrender, in early July, the regiment moved to east Tennessee. In action at Missionary Ridge outside Chattanooga it lost many officers during the drive to dislodge the Rebels from those imposing heights.

During the Atlanta campaign of 1864 the 56th held and successfully defended Calhoun, Adairsville and several other locations along the roads through Georgia. During the fighting at Resaca they and their comrades kept an army nearly five times their numbers at bay.  With Atlanta's capitulation the regiment marched to the sea with Union Gen. W.T. Sherman's armies.

1865 saw the 56th moving northward with Sherman's forces through the Carolinas during which it took part in the battle of Bentonville, NC.

With the War ended, the 56th marched to Washington, D.C. where it took part in the Grand Review of the Federal armies. From there it moved to Louisville, KY before heading to Arkansas for final muster.

Henry Walter was born 9/4/40, in Hanover, Prussia/Germany to parents David Walter (b. 1806 Ger.) and Hannah H. (nee Rodewalt b. ca. 1808) Walter. In one document he indicates he came to America (with his parents and siblings) "when under seven years of age," but the U.S. Census for 1860 (Wool, Pope Co., IL) notes his parental family consisting of father, Daniel, mother, Hannah, sister Henrietta (b. ca. 1844 Hanover, Ger.), and brother Christopher (b. ca. 1850 Hanover, Ger.) If the census information is valid, then the Walter family did not come to this country until sometime after Henry was ten years of age.  Interestingly, Henry is not found in his parents' household nor anywhere else in that census. Finally, it is not known if Henry had older or younger siblings other than the two listed above.

The first hard documentation on Henry comes from the fall of 1861 when he enlisted in the U.S. Infantry at Metropolis, City, Masssac Co., IL. At enlistment he was noted as 21 years of age, 5'7" with a dark complexion, dark eyes and dark hair. His occupation was noted as: farmer.

After entering the military, company muster rolls indicate Private Walter was always present for duty until 1/19/65 when he was listed as sick in the hospital at Mound City, IL. In later years when applying for a U.S. Government disability pension based on ailments which allegedly traced back to his years of Civil War soldiering, the following chain of events unfolds which lead to his hospitalization: After serving his initial three year enlistment, on 1/27/64 in Brownsboro, AL Henry re-enlisted in the his same company and regiment. As a "veteran volunteer" he received a $400 re-enlistment bonus or "bounty" (which would be paid in increments) and earned a thirty-day furlough home.

All went well until September of that year as Union Gen. W. T. Sherman's forces moved eastward toward Atlanta, GA.   Around that time Private Walter reported in later years that while on the march from Calhoun, GA to Resaca, GA he marched at the "double quick" and became overheated. This, in turn, lead to his catching cold which settled in his head, caused him to come down with a fever and cause disease of the liver.  Relating to this claim on 7/11/81, an affidavit from his captain at the time of the alleged injury indicated the following: " I don't recall if Walter was injured during this time, but do know that company A was ordered out on the skirmish line at a distance of at least one mile beyond support....that when said company fell back we went at a double quick, so that in going at such a speed for such a distance a man would be liable to overheat.  Soon after that, about the first of November, Walter left the regiment on (veteran furlough) leave of absence to go home. He never came back, but was reported sick and was so reported until the regiment was mustered out in August, 1865." According to available records, which are not completely clear in terms of their timeline, Henry spent his final months as a soldier in the hospital not only in Mound City, IL, but also Louisville, KY and Jefferson Barracks, MO. From the latter he was apparently granted his discharge which was ascribed to Springfield, IL even though he was physically not in or near that city.

Army life behind him, in the latter half of 1865 Henry likely settled in Golconda, Pope County, IL where he returned to farming. Whether or not he had resided there prior to enlistment is not documented, but he would remain there for at least the next fifteen years. As best as can be determined, that same year he married Catherine Platter (b. ca. 1847 Hanover, Ger.). The union would produce four children before Catherine's death in l875: Amelia "Millie" (b.1868 IL), George T. (b. 1870 IL), Anna (b. Feb. 1872 IL) and Ferdinand (b.1874 IL).

On 9/6/1875 or '76 Henry married for a second and final time. His new bride was Christine/Christina E. (nee Barkman b. 1843 Prussia) Hudson. While her first name appears as both Christine and Christina in available documents, all signatures reflect the spelling Christine. She had been   previously married to Salamon "Almon” Hudson who had died in 1875.

By June of 1888 the Walter family had moved westward and settled on land in or near the Snohomish County community of Monroe, Washington Territory. Exactly when and why the move to this specific area is not documented. He then "slashed twelve acres and cleared six for purpose of cultivation and grazing. By fall he had begun construction on a house, barn, etc., and dug a well. He estimated the value of the land parcel and his improvements to be $500. In homestead papers filed in Seattle, WA by mail in 1890 - the distance between Seattle and Monroe (approximately 35-40 miles) he claimed was too extreme for him to travel in person - Henry expressed the intention of obtaining U.S. citizenship in order to qualify for the homestead. That same year in Snohomish Superior Court he requested naturalization papers and gave up sovereignty to the Emperor of Germany. Deed to the homestead was ultimately granted in 1895.

As early as September, 1871 Henry had petitioned the U.S. Government for a disability pension based on ailments which he claimed stemmed back to the "overheating" incident during the Civil War. While documentation is not available, it appears a monthly stipend of an unknown dollar amount was granted in February of the following year, even though a surgeon’s report from the previous month indicated he was not disabled from performing manual labor.  Twenty years later, in April of 1892 Henry again petitioned to government claiming permanent disability from malarial poisoning which had caused disease of the liver, nervous debility (due to sunstroke) and rheumatism. Again, the purpose of this petitioning is not clear regarding whether it was to re-instate his pension that had been stopped or his seeking an increase of his monthly allowance. To further cloud matters, a document dated November 2nd, 1901 notes that he was then pensioned at $8 per month, but either that pension or a requested increase was rejected by the pension bureau because he was not "ratably" disabled under the Pension Act of 1890. By 1905, however, a surgeon's certificate recommended a pension increase be granted to $10 per month based upon an "aggregate of permanent disabilities due to heart disease." An additional increase was again sought in March of '06 based on catarrh (infection apparently of the head, bronchial tube and stomach), debility from age (special muscle aches) and "diseases the names of which the applicant is not familiar." The response to this petition is not known, but it appears that circa this year a doctor began treating him for what would ultimately lead to his death three years later.

Henry Walter, rancher and former Civil War soldier died on 12/4/09. At passing his age was 69.3 years. Cause of death was listed as cancer of pylori and of the stomach and liver. Burial was at the I.O.O.F. Cemetery in Monroe.

In March of 1910 Christine/Christana began paperwork to continue receipt of at least of portion of her late husband's Civil War-based monthly pension allotment. As part of this process son George Julius noted that she was his mother and that he lived within five miles of her and visited her "occasionally." It bears noting here that George spelled his surname as Walters, not Walter. When and why the S began appearing on the family name is not known.  Although we have not documentation to the fact, likely a widow's pension was granted.

Sometime between 1910 and 1915 Christine/Christina and son George J. moved from Washington to Kentucky. She died there on 1/20/15. As of this writing it is not known where she was buried.