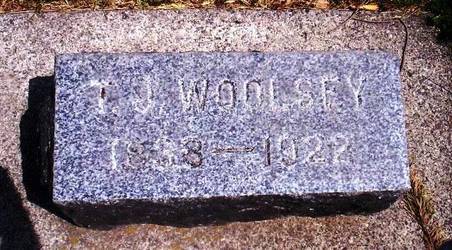 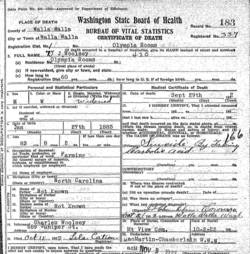 Initial recruitment for the organization that became the 11th Texas Cavalry (It was also known as Young's Regiment or the 3rd Texas Cavalry) was undertaken in Gainesville Cooke County, TX. Originally, the unit was to serve for one year, but when Confederate forces were re-organized in the spring of 1862, it became a three year regiment. Its tenure was spent in the western theater of the American Civil War (ACW).

Mustered into Confederate service in early October, 1861, the 11th almost immediately received orders to report to Ft. Smith, AR to suppress a large band of dissident Creek and Seminole Indians. That December, under the command of W.C. Young, the unit engaged in two battles (Chustenahlah and Hopo-eith-le-yo-ho-la) in Indian Territory (present day Oklahoma). In both conflicts the regiment inflicted many casualties on the enemy while suffering only one of its own.

From Indian Territory the 11th moved northward into Missouri before, in March, 1862, grappling with Union forces at Bentonville, AR. The following day the fighting continued at Pea Ridge (3/6 - 8). For the remainder of '62 the regiment was dismounted to fight at Corinth, MS and around Richmond, VA.

In early 1865 the regiment contested the movement of Union armies northward through the Carolinas. When Confed. Gen. Joseph E. Johnston surrendered the final Rebel forces on 4/26/1865, it is surmized that fewer than fifty officers and enlisted men remained in the ranks of the 11th.

Birth years vary for Thomas Jefferson Woolsey. It appears most likely, however, that he was born in January, 1838. His place of birth was somewhere in the state of North Carolina.

By 1860 Thomas, Sr. had died. Eizabeth, with seven of her children including our Thomas, was farming in Gainesville Cook County, TX. It was likely there, the following year, that Thomas J. enlisted in the Confederate army.

According to available military service documents, on 10/2/1861 Thomas enlisted in the 11th Texas Cavalry for a period of one year. A company muster roll shows him almost immediately to have been "absent - sick."

By early 1862 it was evident to most that the existent civil war was not going to be a short one. As a result, enlistments for Confederate military units and individual soldiers were adjusted to be for three years or the duration of the conflict. Such was the case for the 11th Cavalry and Private Woolsey. Thus, by the latter part of 1862 our Thomas was still in the military. Further, his job description had been modified to reflect "extra duty as teamster". Whether this change was by choice or as a disciplinary action is not clear.

Post-War the first sighting of Thomas Woolsey comes from 1870. In that census tally he - alone - is residing in Yakima, Yakima County, Washington Territory (WT) working as a farm laborer. Whether or not that laboring was on a farm of his own is not known. Other unknowns include why he travelled from Georgia to the far Pacific Northwest and when he arrived here.

A census for 1883 again found Thomas in Yakima, WT. By that time, however, he was a husband and a father.

Thomas' bride was Ida M. Stedman. Ida had been born in the state of Illinois during the year 1857. It is surmised the two met out here in the northwest.

During their time together Thomas and Ida produced six children. The fact that the first was born in January, 1872 would suggest the couple married between late 1870 and early 1871.

Sometime between the birth of Charles in 1884 and the U.S. Census of 1900 Ida died. No details of her passing or her final resting place are known.

The U.S. Census for 1900 found widower Thomas in Walla Walla Whitman County, WA. At the dawn of the twentieth century he was apparently living by himself. A decade later, in 1910, he was still in Walla Walla, but then had daughter Ellen - and, apparently, her husband - under his roof.

Thomas Jefferson Woolsey died on 9/29/1922. In 1920 he had been in San Anselmo Marin County, CA, but at the time of his passing - at the age of 84 years - he was back in Walla Walla, WA. Burial was/is in that community's Mountain View Cemetery.