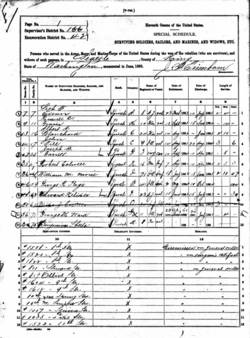 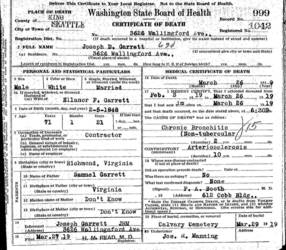 This organization’s period of service was spent in the eastern theater of the American Civil War (ACW). There, it primarily fought with the Army Of Northern Virginia.

Recruited from several Central Virginia counties, the unit, known as the 2nd Virginia Cavalry was initially designated the 30th Virginia Volunteer Regiment. In October, 1861 it was renamed the 2nd. **

Organizer of the 2nd was Colonel Jubal A. Early. Later in The War Early became a general. He is probably most famous for leading a Rebel attack on Washington, D.C. during the summer of 1864. During that attack President Abraham Lincoln was exposed to enemy fire at Ft. Stevens After the failed Rebel offensive Early reportedly said something to the effect of “Well, we didn’t capture Washington, but we sure gave old Abe a scare.”

Strength of the regiment in July, 1861 was six hundred seventy six men. Initial action came at the first battle of Bull Run/Manassas (7/18). No loss numbers are available.

Virginia confrontations with Union forces during 1864 included The Wilderness (5/5 - 5/7), Spotsylvania (5/21) and Cold Harbor (5/31 - 6/12). The 2nd then moved back to the Shenandoah Valley with General Early and fought around Petersburg.

1865. In April actions around Appomattox, VA the 2nd cut through Federal lines and escaped to Lynchburg where the unit disbanded. Still, nineteen members of the 2nd were reportedly at Appomattox Court House when Confed. Gen. Robert E. Lee surrendered the Army of Northern Virginia to the forces of Union Gen. Ulysses S. Grant on 4/9/1865.

This organization was likely a three year cavalry regiment. Its period of service was spent in the eastern theater of the American Civil War (ACW). There, it primarily served with the Army Of Northern Virginia.

Organization of the unit was completed by the melding of independent companies having been recruited in the Virginia counties of Mecklenburg, Elizabeth City, New Kent, Halifax, Nottoway, Cumberland, Dinwiddie and Prince Edward. . Initially known as the 2nd Virginia, the designation was changed to the 3rd in October, ‘61.

In 1864 activities of the 3rd generally focused on the forces of Union Gen. Ulysses S. Grant as they moved southward into Virginia on the Overland Campaign. Major actions included The Wilderness (5/7), Spotsylvania (5/21), Haw’s Shop (5/28) and Cold Harbor (5/31 - 6/12). The third then moved into Virginia’s Shenandoah Valley with Confed. Gen. Jubal A. Early.

Joseph appears to have been an only child. Samuel (1802/VA) Garret was his father. His mother was Mary (nee Hughes 1818/VA) Garret. Mary was Samuel’s second wife. The couple married 2/3/1847 in Powhatan County, VA then settled into farming in Cumberland County. It is unclear if the Garrets owned slaves.

It is surmised that Joseph remained on his parents’ Cumberland County farm until he entered the army of the Confederate States of America sometime during 1861. Although his company has not been identified, his unit at that time appears to have been the 2nd Virginia Cavalry.

Without accessing Private Garrett’s military service records - if such even exist - all that can really said about his first three years in the cavalry is that he survived. Then, it appears, he re-enlisted.

In September, 1864 Joseph was still in the cavalry, but by that time his unit was the 3rd Virginia. Although it is not documented, as earlier noted, it is very likely that the 3rd was merely a re-designation of the 2nd. We say this because within the 3rd Private Garret’s company unit was “G”. Originally known as the Cumberland Light Dragoons, this organization had been recruited within Cumberland County. He would conclude The War with this organization.

April, 1865 saw Union forces break through Confederate lines around Petersburg, VA. Richmond was evacuated and the Rebels began retreating westward toward Appomattox Court House and final surrender on the ninth of the month. During the Reel retreat Private Garret - and likely most of his regiment - was captured near the community of Farmville. For all practical purposes, The War was over.

Where Joseph settled after the shooting stopped is an unknown. At some point, however, he moved westward as by 1875 he was residing in Nevada.  What had drawn him there is not known.

On 5/9/1880 in Eureka Eureka County, NV Joseph married. His bride was Eleanor F. Gavin .Born during 1854 in Canada of Irish parentage and familiarly known as “Ellen”, she had come to America in 1879. How she and Joseph had met is not known.

As noted by the birth states of the Garret children, by 1892 the family had quitted Nevada and moved northwestward to the Pacific Northwest.  What had drawn them to the Seattle King County Puget Sound region is not documented. Once here Joseph noted his occupation as being “teamster.”

Joseph and Ellen would live out their years in Seattle. Joseph died at home - 3626 Wallingford Ave. N. - on 3/26/1919. Cause of the seventy one year old’s passing was listed as chronic (non-tubercular) bronchitis with arteriosclerosis contributing.  Burial was/is in Seattle’s Calvary (Catholic) Cemetery.

** One source indicates the regiment was known as the 2nd Virginia until October, 1861 when it was renamed the 3rd Virginia Cavalry.