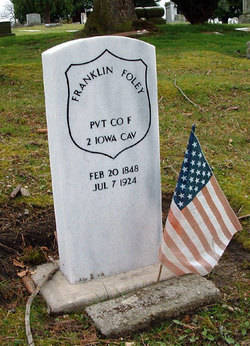 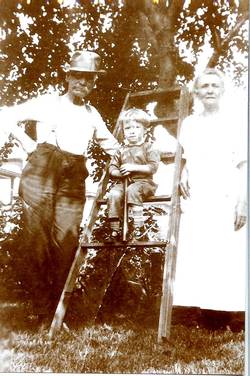 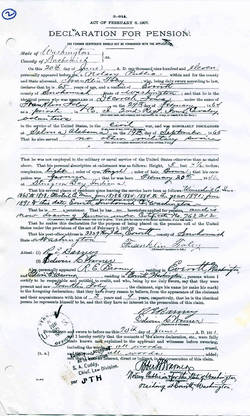 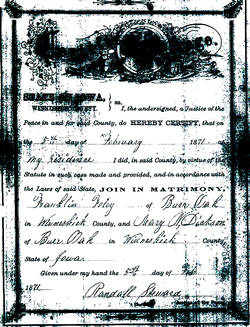 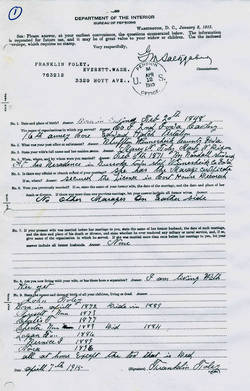 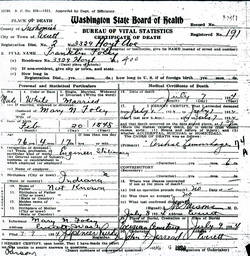 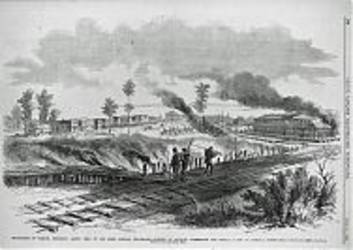 The 2nd, a three year "western theater" regiment was to spend its entire existence traveling throughout military departments that encompassed the states of Mississippi and Tennessee. In March, 1862 its first duties were to aid Union Gen. Pope in the capture of New Madrid and Island No. 10, both in Mississippi.

The siege of Corinth, MS followed. Next, on 5/9/62 the unit participated in the famous "charge at Farmington" during which 100 men were unhorsed and half that number killed or wounded. After Corinth came hard riding and skirmishes. 1862 ended with the 2nd playing an important role in Union Gen. U.S. Grant's move through central Mississippi towards Vicksburg. During this period it lost 22 killed and wounded during the unnecessary defeat and near rout of Federal forces at Coffeeville.

Spring, 1863 found the 2nd on duty "all over" northern Mississippi. In April it was part of the Ryerson raid through Alabama. Quiet times in Memphis, TN followed.

Another spring, in 1864 many of the regiment reenlisted as veterans and went home on furlough. Summer was largely spent raiding and scouting throughout Mississippi and middle Tennessee. The only engagement of any consequence during this period was the battle of Tupelo, MS. By mid November, however, the regiment was engaged in the hardest campaign of its history as it helped resist Confed. Gen. Hood's invasion of Tennessee which culminated with Union victories at Franklin and Nashville. During the latter action the unit dismounted and fought as infantry storming and capturing enemy fortifications and driving them in disarray. That was the 2nd's last active campaign.

The spring and summer of 1865 were filled with "unimportant" duties in Mississippi. Final muster came during the late summer and fall.

(Note: The following personal/family section has been modified from its original format by the addition of additional family information provided by Franklin’s great grandson, Bill Johnston.)

Franklin Foley was born 2/20/48. One source says birthplace was Sturgeon Bay, IN, but no such place exists. Likely his birth town was Spurgeorn, Pike Co., IN. His father was John Foley, a farmer (b. 1780 Ireland). His mother was Mary Murphy (b.d. unk. Ireland).

Young Franklin appears to have grown up a farm boy as, when he enlisted in the U.S. cavalry in early 1864, the 5'7", light complexioned, hazel eyed youth listed his occupation as "farmer." Interestingly, one source indicates Franklin's age at enlistment was 18 years. Having been born in 1848, however, he was only 16. It is said that a close look at his enlistment papers will show that the 6 of 16 had been modified to reflect an 8.

Despite the active combat record of his regiment, private Foley's period service was relatively benign in terms of wounds, injuries or health issues.. Company rosters from muster in to muster out show him present at all times except for the following: a one day hospital admittance for diarrhea in July,'64, a period of detached service at the Memphis, TN remount camp in early October, '64 a brief bout with bronchitis the same month, a two day reoccurrence of diarrhea in March, '65 and a second detached service assignment in April.

One anecdotal story about private Foley’s wartime service has him on horseback when he came upon a Confederate infantryman.  The two exchanged gunfire face to face. Having believed he had shot and killed the Rebel, young Franklin rode away. Then, thinking he had perhaps only wounded the soldier, he turned back to see if the man might need help. The Rebel, however, was nowhere to be found.

The Foley's remained in Iowa until 1878 when they moved to Perham, Otter Trail Co., MN. In 1884 they continued their westward trek settling in North Dakota. Around this time, either before or after the move their youngest child, Chester died. In 1889 while in North Dakota the family suffered another loss with the death of John, their eldest child.

In 1900 the Foley's were still in North Dakota, residing the community of Grand Forks where Franklin was employed as a “stationary” steam engineer, second in charge of maintaining the pump houses on the dikes along the Missouri River.   In that year's census Mary noted she had born eight children, five of whom were living. Obviously the death of one of the Foley children was not noted in available documents.

By 1910 engineer Franklin, and family - Mary, Charles, Franklin, Bernice and Nora - had moved about as far west as they could as they were residing in Everett, WA. It appears they came to the shores of Puget Sound circa 1902.

In 1920 Franklin, now a retired and Mary still lived in Everett. Also in the household were Charles, who was divorced and Venora who, at age 23, was still single.

On 7/7/24 Franklin Foley died in his home located at 3329 Hoyt Ave. in Everett on. Cause of death was noted as cerebral hemorrhage. The former Civil War trooper was aged 76.4 years.  Burial was in Everett’s Evergreen Cemetery.

At some point in his life, most likely in the 1890s, Franklin had applied for and was granted a U.S. Government disability pension based on ailments/injuries which traced back to his Civil War soldiering days. The alpha and omega of that pension stipend is not known. However, after his passing, Mary applied for and was granted a portion of that monthly stipend. At her death on 10/6/25 she was receiving $30 per month. Having remained in Everett, she was buried beside Franklin.