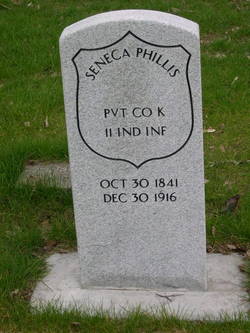 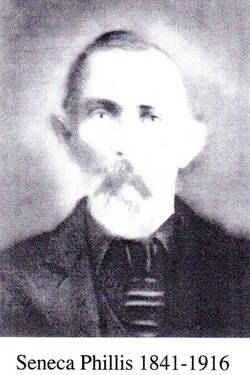 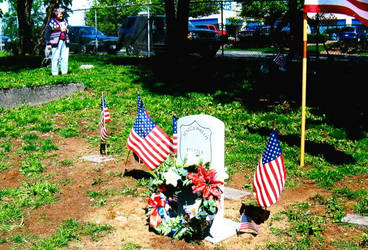 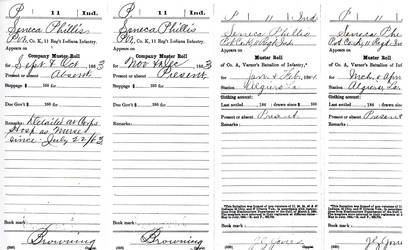 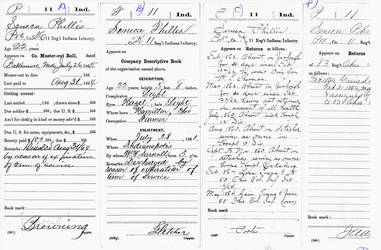 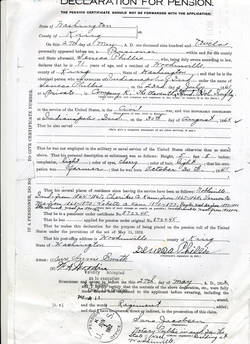 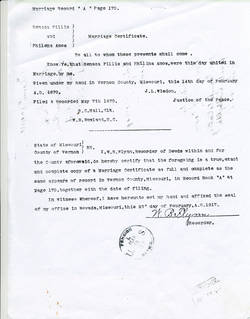 The 11th began its life in April, 1861 as a three month regiment. That period of service ended, it was re-organized as a three year unit which was to serve the majority of its tenure in the western theater.

The "3 year" eleventh departed Indiana on September 6, 1861 for Kentucky. Once there, it remained at Paducah until 2/5/62 when it moved to Fort Heiman, KY and, from there, to Fort Donelson TN.  After the fall of that fort it was ordered to Tennessee where it arrived in time to participate in the battle of Shiloh/Pittsburg Landing. It was then engaged in the siege of Corinth, MS. From Corinth the regiment was ordered to Memphis, TN and thence to Helena, Ark. During that fall and winter it was active in numerous expeditions.

In April, 1863 the regiment joined Union Gen. U.S. Grant's forces at Milliken's Bend, MS. It then participated in Federal operations around Grand Gulf and was engaged at Port Gibson where it captured a Rebel artillery battery. It was also involved at Champion's Hill where it lost 167 killed, wounded and missing. After that it was in the trenches around Vicksburg, MS until the surrender of that city on 7/3.

Following Vicksburg the 11th participated in the expedition to Jackson which involved almost constant skirmishing. It then remained in camp at Vicksburg until participating that fall in the Union push into Louisiana which extended into January, 1864. Marching to Madisonville, LA, on 2/1/64, most of the regiment enlisted as veteran volunteers. From that time date those having reenlisted on 3/4 took a steamer from New Orleans to New York City, NY and moved thence from there by rail to Indianapolis for a (30 day) furlough.

Having returned to New Orleans, LA on 5/8/64, in July the regiment boarded a steamer for Fort Monroe, VA., Washington City and Harper's Ferry, VA.  Arriving at the latter location it was engaged in a skirmish with the enemy at nearby Halltown and, shortly thereafter, moved into the Shenandoah Valley where additional combat took place at Cedar Creek and Berryville. On September 19, 1864 during the Battle of Opequon Creek/3rd Winchester it lost 81 killed and wounded.

Following the Rebel defeat at Opequon Creek/3rd Winchester, the 11th pursued the retreating Confederate forces to Fisher's Hill, took part in the Union victory at that place and continued to pursue the retreating gray forces into engagements at New Market and Harrisonburg. Following additional losses at Cedar Creek in October, 1864 it marched to Baltimore, MD where it remained on duty until the last of July, 1865. Final muster and disbandment came in Baltimore on July 26th of that year.

Seneca Phillis – in Europe the family surname had been Pellis -  was born 10/30/41 in Harrisburg, Hamilton Co.,  OH to Charles (no b.d. b. OH) and his wife, (no b.d. b. OH) - whose name is not documented - Phillis. While some sources indicate he was the eldest of five Phillis children, more than five have been listed in the U.S. Census. Those names are as follows: Agnes (no b. d.), Elizabeth (b. 1833), Harrison (b. 1836), Gunleaf (?) (b. 1838), Imanda (b. 1838), Thomas ( no.b.d) and Jacob (no b.d.)  His younger siblings were as follows: Agnes. The Phillis' were a farm family. Interestingly, the census for 1850 of Noblesville Township, Hamilton County, OH shows Seneca and siblings - Elizabeth, Harrison, Gunleaf (?) and Imanda living in the family home of miller/farmer Jacob Bartholomew, his wife and children. When and why this household change had come about is not known. Further, the fate of Charles and his wife is not documented.

Initial documental evidence on Seneca himself shows that in 1861 he was residing in the Noblesville (Township) area of Marion County, Indiana. On 7/23 of that year he travelled from that community to Indianapolis, IN in order to enlist in the U.S. Army. There he joined Captain Varnell's company of the 11th Indiana Infantry. This organization would subsequently become company "K" of the 11th.  At enrollment Private Phillis' vital stats were noted as follows: Age = 19.8 yrs.; Height = 5'7.5 or 8"; Eyes = hazel or cherry; Complexion = light; Hair = light.  His occupation was listed as "farmer." For enlisting he was promised a $100 bonus or "bounty", a portion of which was to be paid up front with the balance to be received in later increments. Interestingly, the private saw none of the "bounty" money until he was leaving the military.   According to family lore, while in the military Private Phillis was a company drummer boy, but no documental evidence has been found to support this claim.

Company muster rolls show Private Phillis- at times the surname appeared as Philis - present for duty from enlistment through January, 1862.  On 2/7/62 at Ft. Anderson in Paducah, KY this all changed. On that date at that location a squad from company "K" was drilling with a heavy artillery piece, rolling the siege cannon across a wooden plank bridge to a gun emplacement platform. During this movement one of the bridge planks broke allowing the heavy cannon to slip to the left and fall on Private Phillis pinning him to the earth below. As a result his left hip and thigh muscles were severely bruised. It was later noted that if the earth onto which the private was pinned had not been very soft, the leg would have been crushed. Still, he was seriously injured.

Carried to his quarters by comrades, Private Phillis, remained there, initially unable to move, and in the regimental hospital 2/22/62 when he was furloughed home for a thirty day period of recuperation. The furlough would ultimately stretch into at least five weeks before the private returned to duty. Even then he was not completely healed as it was noted that he was always "hobbling around".

By mid-1863, when Seneca and his unit was positioned before Vicksburg, MS, the hobbling private was experiencing rheumatism in one or both of his legs. As a result while on a march from Vicksburg to Jackson, MS, his legs "gave out". Private Phillis, as a result, was given detached duty as an orderly in a U.S. Army corps hospital at Vicksburg.

In May, two days after being returned to the 11th, Private Phillis was again admitted into the regimental hospital for one day with a diagnosis of dysentery. After this he was listed as present until being mustered out of the service.

With the military behind him, Seneca returned to Noblesville Township, Marion County, IN. Likely, there, he resumed farming.

Seneca remained in Indiana until sometime during the year 1867. During '67 he moved from Indiana to Cherokee County, Kansas. What prompted the move is not documented. The following year he moved again, this time from Kansas to Vernon County, Missouri. Again, the why for the move is not known.

In 1877 the Phillis clan pulled up stakes in Kansas travelled across the continent by wagon train. What the lure was that brought them west is not known. What is known is that during the westward trek one of their children - daughter Ursula Polly died on 7/27/79.

As the decade of the 1880s moved toward its close, Seneca began the paperwork process necessary to attempt being granted a U.S. Government disability pension based on his days of Civil War soldiering. Grounds for the request was, primarily, rheumatism of his left leg, hip, shoulder and arm stemming from the cannon accident. Additionally noted, was ”ringing in the head" - likely from artillery fire. A hernia suffered in June, 1880 or '81 while lifting heavy sacks of wheat was thrown in for good measure. After accumulating affidavits from old army comrades regarding the cannon accident, on 4/20/92 the former artilleryman would be granted a government stipend of $8 per month. A second hernia suffered while rounding up range cattle was added to the ailment list in 1893. By the time of his passing the pension amount had increased to $30 per month.

The U.S. Census for 1900 placed the Phillis family still farming in Columbia County, but by this time with a mailing address of Starbuck. Two years later all of that was changed when the family departed eastern Washington and resettled in the western Washington Puget Sound community of Woodinville located in King County. As usual, what drew them there is not known, but perhaps it was the lure of new farmland in a different climate zone than that of the far southeastern portion of the state. In Woodinville the family address would be noted as 1916 Main Street, a location across from the present-day Woodinville Memorial Cemetery.
In 1910 the Census Woodinville listed the following under Seneca's roof: wife Philena plus sons Filmore and Fred. A subsequent registry undertaken in 1915 noted the following Phillis children as living: Pellis, Seneca, John and Olive. Those deceased were Malfis and Elise. There was no listing for Fredrick.

Former Civil War soldier Seneca Phillis died on 12/30/16 at the age of 75.2 years. At passing he was characterized as a Van Dyke bearded, tobacco chewing, retired farmer. Notice of death was provided by son John. Burial was on 1/02/17 in the Woodinville Memorial Cemetery (Block 5, Square 6, Location 6).

Following her husband's death Philena began collecting affidavits in order to obtain at least a portion of Seneca's disability pension. That this effort was successful is evidenced by the fact that at her passing she was receiving $30 per month from the U.S. Government.

The Census for 1920 found Philena in her Woodinville home. Under her roof were sons S. Filmore (39 -farmer) and J. Elbert (36 sawmill boomman). She died 2/25/17 and was buried beside Seneca.


Note: In 2007 a U.S. Government military headstone was obtained for Seneca's gravesite. With the assistance of the Washington Civil War Association that headstone was dedicated at a ceremony on 4/28 of that year.