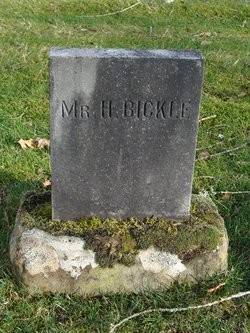 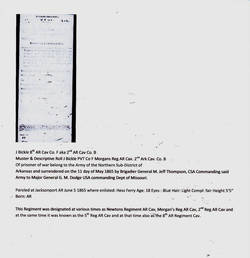 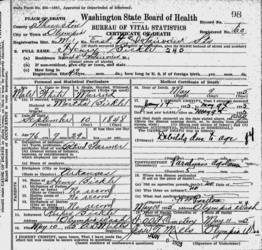 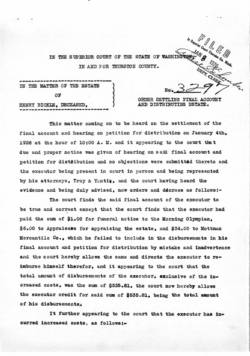 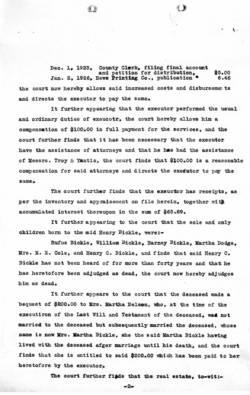 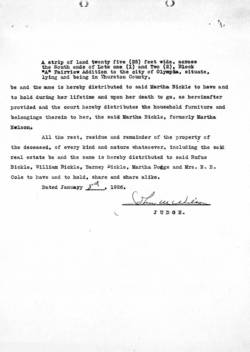 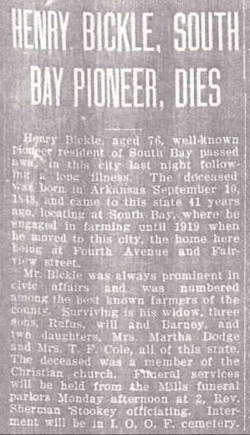 This Confederate States of America (CSA) cavalry unit was created in the spring of 1863. During its two year tenure it served in the western theater of the American Civil War (ACW).

Following its spring, 1864 reorganization the regiment fought at Poison Spring, AR (4/18). After that conflict the report of General William Lewis Cabell noted the unit killed "at least eighty Negroes." The battle of Mark's Mill followed (4/25).

1865. The War ended, the 2nd surrendered at Jacksonport, AR and other locations.

Named after his father, our Henry Clay Bickle was born on 9/18/1848.  The location of his birth was Izard County, AR. It is surmised that the community designation within Izard County was Sylamore as that is where the Bickle family was residing in 1850.

As best as can be determined, Henry and his brother, Joseph, remained on their parents' farm until both enlisted in the Confederate cavalry. Without accessing military records, all that can really be said about the wartime experiences of the two is that both were captured by Union forces, but survived and returned to civilian life.

In 1860 Henry had been residing with his parents in Blue Mountain Stone County, AR. Post-War, it appears that was the community to which he returned  after leaving the military. That is also where, on 8/29/1865, he married. ****

Henry's bride was Lucy Catherine McIntryre. She had been born 9/26/1843 in the state of Tennessee. How, when and where she and Henry met are unknowns. After marrying Lucy and Henry took up farming in Blue Mountain Stone County, AR.

In 1880 the Bickles were farming in Arkansas. By 1883 they had quitted that state and removed to Washington Territory (WT). What had drawn them to the Puget Sound region of the Pacific Northwest and exactly when they arrived here are unknowns.

In the Northwest the Bickles settled into farming in Thurston County. Communities of residence were Tenino/Tumwater (5/4/1885) and South Bay (1900 & 1910).

Lucy McIntyre Bickle died on 2/9/1919. Details of her death are not available.  The community where she passed was South Bay Thurston County, WA. She was/is buried in in the Odd Fellows Memorial Park and Mausoleum located in Tumwater Thurston County, WA.

After Lucy's death Henry remained in Thurston County. In 1920 the retired widower was residing in the community of Olympia.

* Name appears in American Civil War Research Database as H.B. BICKLE. The significance of the letter B is unknown.

** During the ACW James Knox Polk Bickle also served in the Confederate States Army. His unit of affiliation is not known. He survived The War and, in later years, resided in California.

***During the ACW Joseph Bickle enlisted on the same day date as did his brother Henry. Both served in the 2nd Arkansas Cavalry's Co. "F". Joseph survived The War.

****At the dawn of the twentieth century Henry would claim that he and wife, Lucy had been wed in 1867.