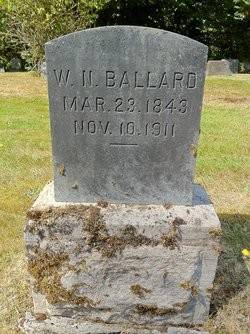 The 4th Kentucky, a three year infantry regiment, was part of the 1st Kentucky Brigade, CSA. Its term of service was within the western theater of the American Civil War (ACW).

Following organization and muster the 4th moved northward into Kentucky campaigning at Bowling Green. It remained there until early 1862.

The regiment saw its first combat at Shiloh/Pittsburg Landing, TN (4/6 - 7/1862). During this baptism by fire the unit lost 49% of its strength. It then fell back to Corinth, MS before being ordered to Vicksburg to aid in that city's defense.

Soon, however, the unit was ordered to join the forces of Confed. Gen. Braxton Bragg whose troops were engaged in the Kentucky Campaign. This precipitated a move to Murfreesboro, TN.

During the Battle of Stones River, GA (1/2/1863) the regiment came under heavy artillery fire. The Kentucky Brigade, including the 4th, charged a heavily defended Union position. This cost the regiment several men including two color-bearers.

Later in '63, the Brigade was ordered back to Vicksburg, MS but did not arrive in time to prevent that city's capture by Federal forces (7/4/1863). It was next under fire at Jacksonville (5/14/1863). There, it confronted and routed a Union Kentucky regiment which it routed, capturing two of its cannon which were then turned and used to fire upon the retreating bluecoats.

Following the battle of Chattanooga, TN's Missionary Ridge (8/21/1863) the 4th was called upon to guard the retreating Confederate army's rear. It then went into winter quarters at Dalton, GA.

May, 1864. The Atlanta, GA Campaign. The 4th initially took up a position on Rocky Face Ridge, but ended up becoming part of the retreating Rebel force as Union troops under Gen. W.T. Sherman pushed back their enemies.


At Jonesboro (8/31/1864). the brigade was ordered to attack the entrenched Federals. That movement came to an unfortunate halt and cost the 4th its original color-bearer who had carried the flag since the beginning of the unit's history.

The 4th was next ordered to Griffin, GA and converted to mounted infantry. It then engaged in delaying actions during Union Gen. Sherman's "march to the sea."

William Nicholas Ballard was born on 3/23/1843. The location of his birth was somewhere within the state of Kentucky.

Based on available data, Thompson and Charlotte produced at least three children. William was the third. His older siblings were John David Ballard (b. 3/5/1835 Madison County, KY) and Mary E. Ballard (b. 8/9/1844 MO).

As noted by the children' birth states, at some point in time  - after 3/3/1835, but before 8/9/1844 - Thompson moved  his family from Kentucky to Missouri, settling in the community of Union located in Marion County. William, at that time, continued to reside on his parents' farm.

In 9/1862 William enlisted in the Confederate States Army. He did so, not in Missouri, but in his birth state of Kentucky. His infantry regiment was a Kentucky unit. The significance of this, if any, is not known. His enlistment period was "3 yrs. or during war."

Available ACW Confederate muster roll documents show Private Ballard present for duty 1/1/1863 through November and well into December. Of interest during this period are notations that, beginning in '63 he was receiving not only the pay of an infantry soldier, but that of a cavalry trooper as he was providing his own mount.  Again, the significance of this arrangement is not known.

We next hear from William in the U.S. Census of 1880. By that time he was farming in or near the community of Bethlehem located in Henry County, MO. Further, he was married and a father of two.

Based on the sketchy data available, it appears that at some point in time after leaving the Confederate Army William made his way back to Missouri. It was there, during 1873 he married.

William's bride was Mary Calista Stevens. Mary had been born during 1854 (no birth month or day date has been found for her) in Henry County, MO. How, when and where she and William had met are unknowns.

As noted by the birth communities of two of the Ballard children, for some period of time the Ballards resided in or near the Henry County community of Clinton. U.S. Census data from both 1880 and 1900 (most of the 1890 census was destroyed by fire) tell a different story. Those tallies found the Ballards farming not in Clinton, but the Henry County community of Bethlehem. Based on this fact, it can be surmised that, likely, Mary returned to the Clinton home of her parents or another relative to give birth.

1910 presents a different picture of the Ballard's living location. At the beginning of the second decade of the twentieth century William and Mary were living in Port Madison on Bainbridge Island, Kitsap County, WA.  What had drawn the family to this region of the Pacific Northwest and exactly when they arrived here are unknowns. In Port Madison William was operating a dairy farm.

William Ballard died on 11/10/1910 in (Port Madison), Kitsap County, WA. No details of his passing - which occurred at the age of sixty eight years and seven months - are available. The old soldier was/is buried in the Kane Cemetery located on Bainbridge Island in Kitsap County, WA.

At some point in time following her husband's death, Mary quitted the Port Madison dairy farm. The U.S. Census of 1920 found the widow living - apparently on her own - in the Bainbridge Island community of Rolling Bay. The same was true for 1930.