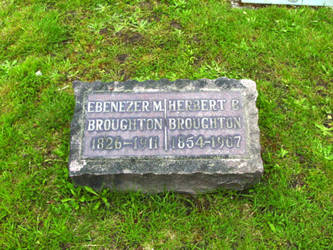 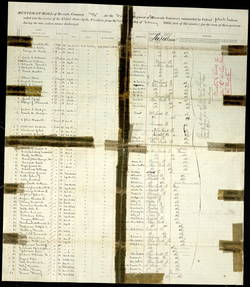 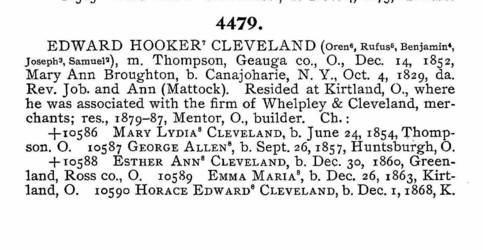 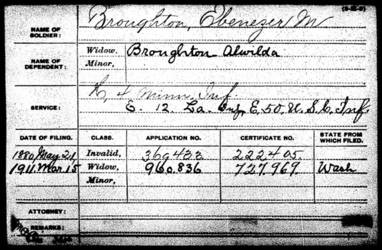 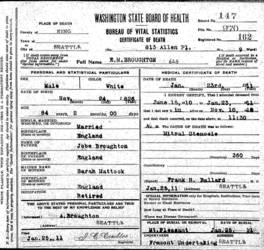 The 4th Minnesota was a three year infantry regiment. Its term of existence was spent in the western theater of the American Civil War (ACW).

Mustered in by companies during the latter months of 1861, various contingents of the unit were placed on garrison duty. The regiment united in 4/1862 and moved to Benton Barracks near St. Louis, MO. It then marched to Corinth, MS and remained there until Rebel forces evacuated the city. It next fought in the battle Iuka, MS (9/19/1862) before returning to Corinth.

Arriving at Vicksburg, MS the 4th took a position in front of the enemy works. There, during the initial Federal assault (5/22) it remained unsupported until dark.

Upon the surrender of Vicksburg (7/3/1863) the 4th marched into the city with its brass band leading Federal troops. It then became part of the force occupying that city.

January, 1864.  Almost three quarters of the regiment veteranized.  Returning from home furloughs, the men of the 4th joined the Federal movement upon Atlanta, GA. With the capture of that city (7/22), it marched to Savannah and the sea.

1865. The 4th trekked northward through the Carolinas. Then, with the final surrender of Rebel forces it participated in the Washington City Grand Review by leading Union Gen. W.T. Sherman's army.

This three year, infantry regiment was organized 3/1864 from members of the 12th Louisiana Infantry (African Descent). The 12th had been created the previous May.  The 50th’s period of service was within the western theater of the American Civil War (ACW).

Assignments for the 50th included post and garrison duty at Vicksburg, MS as well as in Alabama during the assault and capture of the Rebel forts around Mobile (4/1865).

The shooting war having ended, the 50th moved to New Orleans, LA. Branching out from there it served at various points in the Department of the Gulf until it was mustered out on 3/20/1866.

As noted, after arriving in America Job first settled his family in New York. He then moved them westward ultimately reaching Ross County, OH.

There is no information available pertaining to Ebenezer's life from approximately the time his family arrived in America and the U.S. Census of 1860. By 1860, however, he was farming in Clarksburg (PO Deerfield) Ross County, OH. He was also a husband and father.

Father? During their time together Ebenezer and Jane produced one child.  He was Herbert Barnes Broughton (b. 6/18/1853 or '54 OH).

Civil conflict spread across America in April, 1861. On 12/3/1861 Ebenezer left his home, wife and young son and joined the U.S. Army. In 1860 he and his family had been farming in Deerfield Ross County, OH, but when he enlisted in the U.S. Arm on 12/3/1861 he did so in Waseca County, MN. As such, it is surmised that between the U.S. Census taking of 1860 and late, 1861 Jane Broughton was no longer in the family fold and Ebenezer had removed from Ohio to Waseca County, MN.

Private Broughton's initial unit of enlistment was the 4th Minnesota Infantry. He remained with that organization until 7/27/1863 when he was discharged for promotion to the rank of a commissioned officer in company "E" of the 12th Louisiana Infantry (African Descent). In 3/1864 the 12th became the 50th US Colored Troops infantry with Ebenezer being the captain of Company "E". Captain Broughton remained with the 12th/50th until resigning his commission on 8/29/1864.

Leaving the military, Ebenezer returned to Waseca County, MN. The following year - 1865 - the family home was noted as being in or near the community of Janesville. In the home at that time was second wife Alwilda as well as son, Herbert.

How long the Broughtons remained in Janesville is not known. For, although in 1870 they were still residing in Waseca County, that year's U.S. Census found them in the community of Waseca. There, Ebenezer was employed as a store clerk.

The Broughtons lived in Waseca Waseca County, WI from at least 1870 through 1885. While there Ebenezer had listed his occupation not only as store clerk (1870), but "machine dealer" (1880). He made no occupational listing in 1885.

By 1895 the Broughtons had departed Wisconsin and were residing in Hennepin County, MN. There, Ebenezer listed his occupation as "stockman."

1900. The dawn of the twentieth century. Where the Broughtons were residing at the time of the new century/decade is not known.

By 1910 the Broughtons had been "found" again. By that year they were residing in Seattle King County, WA. Again, what had drawn them to the shores of Puget Sound in the Pacific Northwest and when, exactly they had arrived here, available documentation does not tell us. Further, all that census tally noted that year in terms of occupation is that Ebenezer had his "own income."

Ebenezer died in King County, WA on 1/23/1911. While the cause of his passing is not known, he was 84 years 2 months old at the time. He died of Mitral Stenosis. Burial was/is in the Mount Pleasant Cemetery located on Seattle's Queen Anne Hill.

On 5/21/1880, while still residing in Minnesota, Ebenezer had applied for and been granted a U.S. Government disability pension based on his days of Civil War soldiering. Without accessing his pension files, however, the financial details of his monthly stipend remain unknown.

Following Ebenezer's death, on 3/15/1911, Alwilda petitioned the U.S. Government to continue receiving at least a portion of her late husband's monthly financial payment. The request was granted, but again, without accessing pension documents the size of her widow's allotment remains an unknown.

*The England location given is where Ebenezer was baptized on 12/13/1827. Herein we are surmising that was also where he was born.