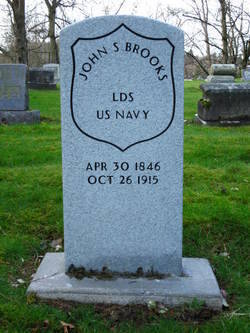 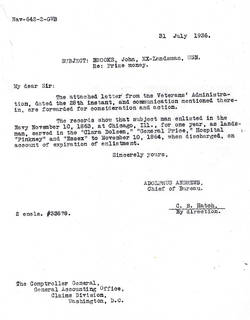 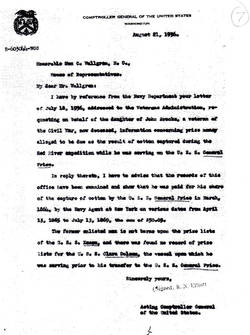 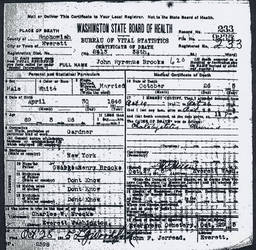 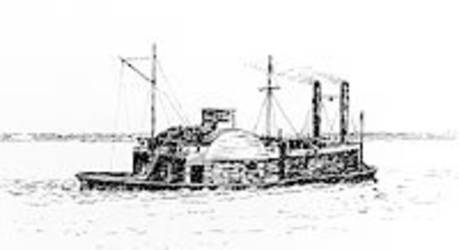 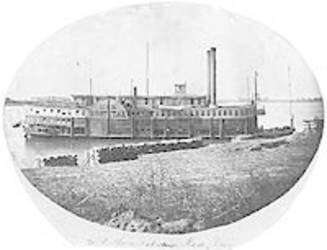 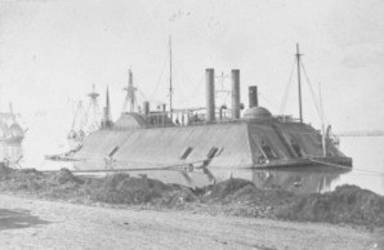 The Clara Dolsen was "a magnificent river steamer" in which half interest was owned by Bart Able and Albert Pearce of St. Louis, MO. Constructed in 1861, she was used in the service of the Confederate States of America out of Memphis, TN until captured by Federal ships of the St. Charles Expedition on the White River 6/14/62. As a Union ship she was first operated under the auspices of the army. Eventually she was acquired by the navy and, at least by late 1863 had become a tied-to-land "receiving ship" for new US Navy enlistees.  The Dolsen - sometimes spelled Dolson – was decommissioned in May, 1864 after which she was returned to her previous owners. Her fate after that is not

A side wheel steamer built at Cape Girardeau, MO in 1859, on 11/7/61 Red Rover was purchased by the Confederate States of America to serve as a barracks and accommodation ship for the crew of the Floating Battery New Orleans. As part of the Confederate blockade of the Mississippi River near Island No.10, on 3/15/62 all her decks were pierced by a Federal shell thereby putting her out of service.  On 4/7/62, while moored at Island No. 10, Red Rover was captured by the Federal Gunboat USS Mound City.

On 12/26/62, following refitting, the vessel was commissioned into the US western gunboat flotilla as the Navy's first hospital ship. While stationed under command of Ninian Pinkney, fleet surgeon of the Mississippi Squadron, Red Rover came to be affectionately known as Hospital "Pinkney." Following the May, '65 official ending of USA/CSA hostilities, on 11/17 the Mississippi Squadron was dissolved. After her decommissioning in November, 1865 the fate of USS Red Rover/Hospital "Pinkney" is not known.

Built in 1856 at Cincinnati, OH this 633 ton side wheel steam powered commercial towboat was originally named the Laurent Milladon. Taken over by the Confederacy and renamed the CSS General Price in early 1862, she was converted into a "cottonclad" ram and stationed at New Orleans, LA as a unit of the Confederate River Defense Fleet.

From April into June, 1862 the General Price served in the defenses of Memphis, TN. During this period, in naval actions off Ft. Pillow,  she was rammed and disabled by the U.S. ironclad USS Cincinnati. Having sunk in shallow waters, the vessel was salvaged by U.S. forces and renamed the USS General Price. After her decommissioning by the Federals, the fate of the vessel is not known.

Constructed in 1856 at New Albany, IN as the steam powered ferry New Era, in 1861 the vessel was purchased by the U.S. Army for use as a river gunboat in the Western Flotilla. Renamed the Essex - the second vessel to carry that moniker - she was armored first with timbers and, later, with light armor. Her armament consisted of one 2 pounder, three 11 inch Dahlgren smoothbores, one 10 inch Dahlgren smoothbore and one 12 pound howitzer.

Under the auspices of the U.S. Army Essex participated in the early 1862 Federal movement upon Ft. Henry, TN. In July of that year she was present near Vicksburg, MS and, in August, helped repel a Confederate attack upon Baton Rouge, LA. During this engagement Essex approached the Confederate CSS Arkansas at which time the latter's steering mechanism became entangled to such a degree that the vessel was scuttled.

In October, '62 The Essex was transferred to the U.S. Navy after which it took part in the bombardment of Port Hudson, La and the occupation of Baton Rouge.  In May/June, 1863 she was present at the capture of Port Hudson. March/May, '64 found the Essex taking part in the Union's disastrous RED RIVER CAMPAIGN into the waterways of Louisiana.

Decommissioned in July, 1865 the Essex was sold later that year and reverted to civilian service under her original name. The New Era was scrapped in 1870.

John had at least one older brother, William H. (b. ca. 1843/'44) and at least one sister, Maria (b. unk.) However, there may have been a second sister as documents reflect the name Della. It is not known if Maria and Della were one and the same.

In November, 1863 the 17.5 year old John enlisted in the U.S. Navy for one year. At enlistment he was described as 5" 5 1/2" tall, dark complexioned with blue eyes and brown hair.  His occupation at the time was noted as "farmer." John's older brother William enlisted the same day. The two would serve together during the next year.
Young John entered the Navy as a landsman - a novice with no sea experience - , but during his one year of service rose to the rank of seaman and became, interestingly enough, a navy bugler.  Along the way he and his brother were assigned to four vessels, some of which were part of the Navy's "inland fleet" operating on the Mississippi River and its tributaries. In this vein, while aboard the USS. Gen. Sterling Price, in March, 1864 they participated in the ill-fated Red River Expedition into Texas. During this operation the Price captured a number of bales of Rebel cotton, the sale of which resulted in a monetary reward or "prize" for he and his shipmates. Years later, following John's death, one of his daughters wrote to the U.S. Government seeking to collect whatever "prize" money was due her late father from the cotton seizure. She was informed that the monies amounting to either $30.03 (or $50.03) had long ago been paid.

Their one year enlistment completed, John and William returned to dry land. John, at least initially resettled in New York, from whence he apparently removed to Illinois. However, by 1870 he was married, working in a mill and living in Pittsburg, Brown County, Wisconsin. His wife's name was Elsie Jane (nee Wilson  b. ca. 1849 PA). The couple produced four children: Nellie D. (b.1874), John Frank or Frank John (b. 8/76 WI), Charles W. (b. 3/83 WI) and Grace L. (b. 3/86).

By 1880 John and family had moved within Wisconsin as they were then in the community of Carson, Portage Bay County where his occupation was noted as "laborer." They were still there in 1900, but by that date John's occupation was "farmer."

Around 1902 the Brooks moved to Snohomish County, Washington. Why the move was made is not specified, but likely it was because of the availability of rich farmland and/or the fact that John’s siblings as well as he and Elsie’s adult children were residing in the same area.  The 1910 census listed John as a "truck farmer."

John S. Brooks died at home in Everett, WA on 10/26/15. He was 69.5 years of age. Cause of death was noted as choleostristis. His occupation at the time was "gardener." Notification of the death was by son Charles W. Interestingly; John's death certificate erroneously registered his full name as John Hyrenus, not Syrenus Brooks. Surviving relatives included his wife and two daughters, one of whom lived in Monroe, WA as well as sons Frank J. and Charles W. of Everett. A sister, Della and brother, William, also resided in Everett. Burial was in Everett’s Evergreen Cemetery.