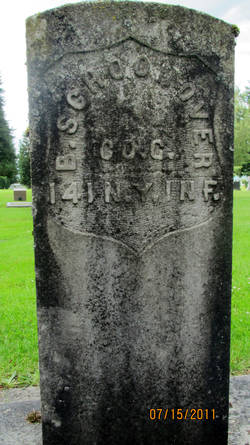 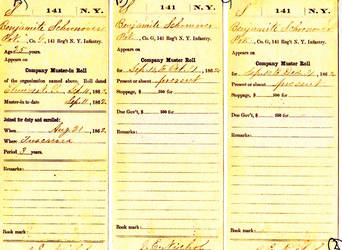 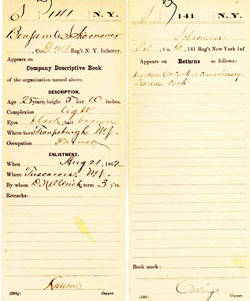 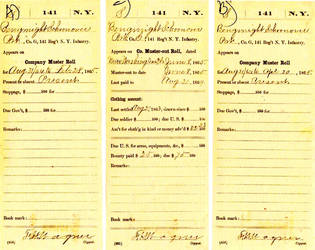 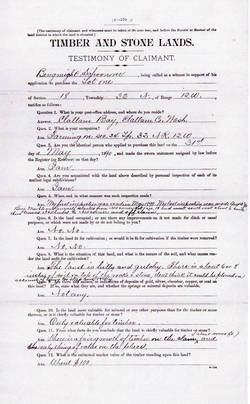 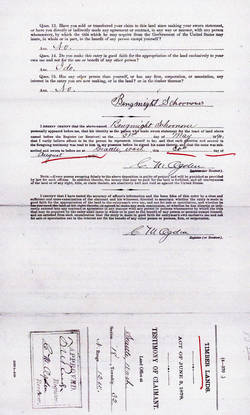 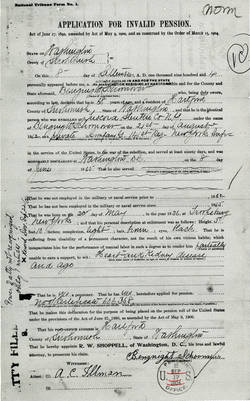 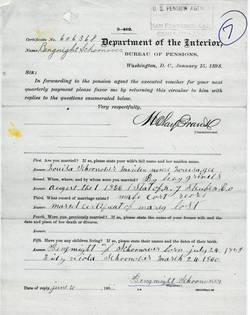 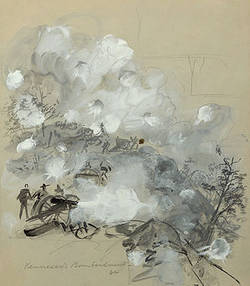 After being recruited in the south central/western New York counties of Chemung, Schuyler and Steuben, the 141st, a three year regiment, served in both the eastern and western theaters during the Rebellion. Organized and mustered in at Elmira, NY it left the state for Washington City on the 15th of September, 1862. From there, in April, 1863 was ordered to Suffolk, VA. The following June and July it was engaged with slight loss at Disacund Bridge and Crump's Crossroads. That September it joined the forces of Union Gen. U.S. Grant in Chattanooga, TN. The following month, October, '62, it sustained a few losses at Wauhatchie and, in November, was present during the battle Missionary Ridge.

May, 1863. The 141st moved into the campaign aimed at capturing Atlanta, GA. During this enterprise it bore a conspicuous part in all the important battles including Resaca, Dallas, Acworth, Kennesaw Mountain, Peachtree Creek and the siege of Atlanta itself. At Resaca the unit was heavily engaged and lost 15 killed and 77 wounded. At Kennesaw, including the engagement at Golgotha, Noses's Farm and Kolbe's farm it lost an additional 12 killed, wounded and missing.  Finally, at Peachtree Creek it experienced the hardest fighting of the campaign being under severe front and flank fire for nearly four hours during which three charges of the enemy were repulsed. Casualties there were 15 killed and 65 wounded. Having started toward Atlanta with 22 officers and 434 enlisted men, its losses to 9/1/63 numbered 210. With the fall of Atlanta, the regiment remained there until 11/15 when it started with Union Gen. W.T. Sherman to march to the sea therein taking part in the siege and capture of Savannah.

1865. Sherman's forces, including the 141st started northward through the Carolinas. During this northward movement it closed its period of active campaigning with a "few" losses during the battle of Averysboro, NC.

After the surrender of remaining Confederate forces under Albert Sidney Johnson, the 141st marched to Washington, D.C. where it participated in the Grand Review.  It was then mustered out of existence.

Relating to war, on August 21, 1862 in Tuscarora, New York - a name which no longer appears on maps of that state - Bengmight enlisted in the U.S. Army infantry.  At enlistment farmer Schoonover's vital statistics were: Age 25; Height 5'10"; Eyes black and Hair brown. For the three year enlistment Private Schoonover received a $100 bounty/bonus $25 of which was paid up front with the balance to be received, perhaps incrementally, later. While in the service his first name would, at times, appear as Benjamite. In later years it would also be written Bengemight.

Poring through the military service records of company "G" of the 141st New York infantry, one finds that following enlistment and Federal muster, Private Schoonover was always listed as being present for duty until July/August, 1863 when he was noted as being absent, sick in the hospital.  The nature of this hospitalization is not recorded. Back on duty by sometime in September/October, Bengmight continued to be present for duty until the very end of December when he was again noted as absent. This absence appears to have lasted until sometime in January or February, 1864. Again, the cause for the absence not given in available documents.

July 19th / 20th, 1864. During the battle Peachtree Creek, Georgia as the forces of Union General William T. Sherman moved towards Atlanta, Private Schoonover contracted a cold which resulted in heart disease and kidney troubles. Although apparently seriously ill the soldier chose not to be hospitalized but to remain with his unit and be treated by the regimental surgeon. This decision would prove to have life-long consequences.

Mustered out of the military in June, 1865, Bengmight apparently returned to Troupsburg, New York and farming. Sometime in 1867, however, the Schoonover family moved from New York to Osceola Pennsylvania. Likely the move was made to take a job at the R. Hammond and Company tannery. One of the members of the firm was John W. Hammond, a former Lieutenant in Bengmight's wartime company. At the tannery Bengmight "worked the beam" at a wage of almost $2 per day.

Bengmight was still employed at the tanner in 1869 when his old lieutenant penned the following: "While at work on the beam he fell down and remained on the floor, helpless. (He was) carried to his house by workmen and remained there for a month or longer....I understood at the time it (the fall) was cause by heart and kidney difficulties. We then gave him a lighter job running liquors at less pay.  He had a large family to support (so) he was compelled to work when he ought not to have done so.  I think he is really disabled 1/2 on account of the disability mentioned."

Despite his physical disabilities, Bengmight continued to work at the Hammond Tannery until 1873.  While it is not clearly documented, it appears at that time he moved his family to Michigan where he resumed farming. It was in that state, in or near the community of Grant, Newaygo County the U.S. Census for 1880 found him, his wife and three children.

As of 1883/84 the Schoonover family was still in Michigan. For a time Bengmight was employed on a neighbor's farm, but as of the latter year he was employed at a logging camp.  This employment prompted a lumberman acquainted with him to write the following: "He worked for me in (the) logging camp. (He) commenced sawing logs but (his) back gave out and was helped back to camp.  (He) was sick in camp six days before (he was) able to go home.  (He then) remained there about three weeks before (he was) able to return and do light chores around camp." This light work schedule at the logging camp apparently continued into the following winter and, perhaps, longer. All in all, however, he was unable to hard work like the other men.

While the reason why is not documented, around the month of September, 1888, the Schoonovers quitted Michigan for Washington Territory. It was there in Seattle, King County, WT that Bengmight - noting his occupation as tanner - wife Louisa and son Benjamin were documented in mid-July, 1889. The following year farmer Schoonover and family were residing in Clallam Bay, Clallam County, Washington.  While there Bengmight travelled back to Seale to request a homestead-type claim on 29 acres of Clallam County timber. For this he paid $2.50 per acre or a total of $72.50.

Although Bengmight received a patent (deed) on the above land in 1891, the following year he quit claimed deeded the timbered parcel to the U.S. Government for $1.00.  Why this was done is not known, but it may have been because he decided not to deal with the timbered land, but to move northeastward to Snohomish County and go back to farming. Whether or not that was the case, in July, 1898 the family was reportedly in Hartford, Snohomish County. In 1900 they were in the same vicinity, but in what was apparently a voting precinct known as Highland.  As of that year's census, it was noted that the couple had had three children, two of whom were then living.

On September 5, 1901, after years of suffering from ailments which traced back to his days of Civil War soldiering, former U.S Army private Bengmight Schoonover, late of the 141st New York Infantry company "G", was granted an $8 per month U.S. Government disability pension. The basis for that stipend was noted as being partial disability because of disease of the heart and kidneys as well as lumbago and nervous (system) debility due to age. Although it is not clear why in September, a year later that stipend was lowered to $6 per month. In 1905, however, it was upped to $12 per month and was being paid at the rate of $15 per month at the time of the old soldier’s death.

Louise Schoonover died at her home in Hartford on December 24, 1908. At her passing she was aged 72 years and 2 months. She was laid to rest in the Harwood Cemetery in the nearby community of Arlington.

Following his wife's passing it appears Bengmight moved into the home of his daughter and son-in-law in Haller City/Arlington, Snohomish County.  He remained there until his death on April 4, 1911 after what his obituary described as a "long illness." The obituary also noted that the 74.10 year old Bengmight had been preceded in death by his wife and two sons.  With Civil War comrades D.S. Baker, G.F. Earnheart, W.W. Perrigo M. McCaulley, B.F. Haus and George D. Wallace acting as pall bearers, his remains were interred in Arlington's Haywood Cemetery beside Louise.