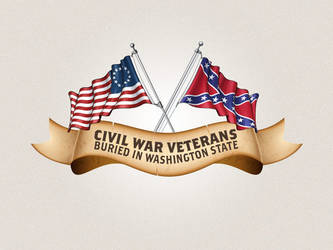 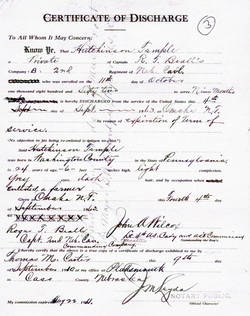 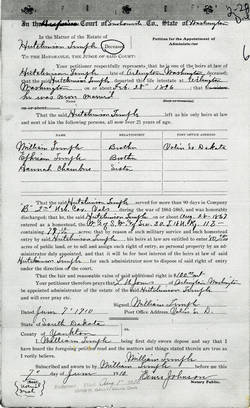 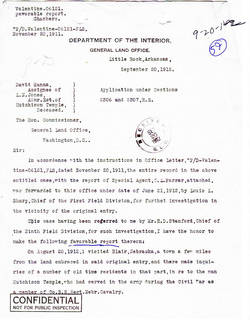 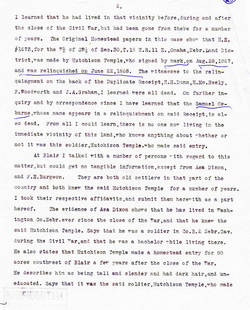 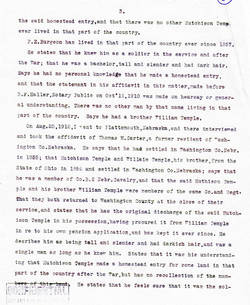 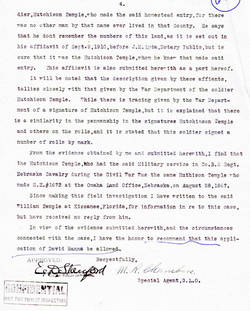 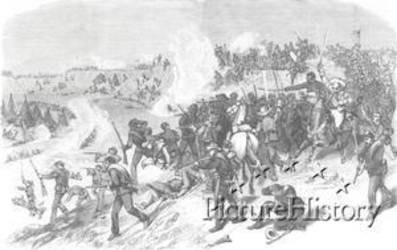 Recruited from within the state "at large', the 2nd, a nine month regiment, was to spend period of existence not fighting Johnny Reb, but Native American Indians.

Formation of the unit came about because of the grave menace to settlers in that area occasioned by numerous bands of hostiles who had been plundering and capturing the pioneer settlers of western Minnesota during the summer and fall of 1862. Those depredations threatened to cross the Missouri River and move into Nebraska Territory.

Soon organized and in the field, on 6/20/63 Company "D" engaged the enemy at the Pawnee reservation, losing one man killed and two wounded. After that, in the latter part of 8/63, the regiment, as part of Union Gen. Alfred Sully's Northwestern Expedition left the mountains of the Little Cheyenne River in search of the red man.

On 9/3, in the Dakota Territory, expedition scouts reported 600 Indian lodges and an estimated 1000 warriors about 10 miles distant. Preparations were hastily made to attack the encampment that same night, so thus began the bloody battle of Whitestone Hill in what is present-day Dickey County, North Dakota. Over the next two days several desperate charges by the blue cavalry were finally able to drive the enemy headlong from the field with an estimated loss of not less than 150 killed and  their wounded being twice that number. Loss to the 2nd was 7 killed, 14 wounded and 10 missing.

During their flight the Indians abandoned all their tents, clothing and supplies.  Only the exhaustion both men and horse of the 2nd prevented pursuit of the fleeing warriors.

The victory at Whitestone Hill was reportedly entirely due to the coolness and courage of the 2nd. Thus, it was a fitting close to a hard and toilsome campaign of several months duration. After the battle, with its term of service expired, the regiment returned to Omaha for final muster.

Firstly, it should be noted that no specific birth date or birth year can be found in available documentation pertaining to Hutchinson Temple. Birth years span 1835 to 1837. However, if one accepts that he was reportedly 24 years of age when he enlisted in the U.S. Army during October of 1862, then his birth year would likely have been 1838. It is this year that we are accepting for our purposes herein.

As evidenced by the birthplace of younger brother, Ephriam, by 1849 the Temple family had quitted Pennsylvania in favor of Ohio. It was there in or near the Ross County community of Union that the U.S. Census found them. The household at that time was comprised of the adults and children as delineated above. Joseph's occupation was listed as "laborer."

Based on available information, circa 1856 Hutchinson and his older brother, William moved from Ohio to Washington County, Nebraska Terr. The 1860 census found Hutchinson there in the community of Desoto at the home of one John Colter. The Colters were a farm family. Hutchinson apparently worked on the Colter family farm.

It was in Desoto on 10/13/62 that farmer Hutchinson Temple became cavalryman Hutchinson Temple when he enlisted in the U.S. Army for a period of nine months. His unit was the 2nd Nebraska Cavalry Company "B". At enlistment his vital statistics were noted as: Age = 24 years; Height = 6'.0"; Complexion = light; Eyes = gray; Hair = dark.  Brother William enlisted in the same unit at the same time. He and Hutchinson were mustered in to Federal service together, would serve their entire periods of enlistment together and would be mustered out together.

Both Hutchinson and William apparently provided their own horses for use by the U.S. Government while they served in the military. At the time of his mustering in, Hutchinson's steed was documented as having a value of $65.Throughout their period of service the Temple brothers would receive extra pay each month for the use of their mounts and equipment.

In terms of personal danger - illness, wounding, etc. - Hutchinson's period of service was very benign. Beyond being present for duty, the only other entry on private H. Temple's company roster is that beginning on 6/23/63 he was absent for some indeterminate period on detached service.

On 8/17/63 the following communication  was generated from headquarters of the 2nd Nebraska, Ft. Kearney, Nebraska Terr.: I have the honor to report the departure of company "B" 2nd Nebraska cavalry from this post in route to Omaha, Nebraska for the  purpose of being mustered out of the service.

Arriving at Omaha City on 9/4/63 Hutchinson was mustered out to this date. At that time it was reported that he had last been paid to 6/30/63.  He also had an underterminated amount of money due him for use of his horse and horse equipment from 6/30 to 9/4/63. He owed the U.S. Government $2.16 for arms and equipment.

Freed from military life, Hutchinson returned to Washington County, living for a "number of years" around Desoto and the community of Blair. It was near the latter place that he established rights on an 80 acre homestead parcel of land. While the time placement for this is fuzzy, it was likely in the mid-1860s as it appears that in  August, 1867 he sold the rights to this parcel  to another individual and, in June, 1868, signed his X (Hutchinson was not literate) relinquishing his claim to the land.

It was likely at this point that Hutchinson reportedly moved to Burt County, Nebraska Terr. where, for an indeterminate period time, he made his home with one Hiram E. Leydeck.  Leydeck had been a member of the same regiment and company as Hutchinson and his brother. When Leydeck moved from Nebraska to move to Washington Territory Hutchinson may have traveled to the Pacific Northwest with him. As census information pertaining to Hutchinson is not available for 1870 or 1880 it is difficult to determine when this occurred. However, he was in Arizona, Burt Co., NB in 1885 (a farmer) and circa 1892/'93 arrived in Arlington, Snohomish County, Washington.

Once in the Pacific Northwest and, until his death not many years later, Hutchinson made his home with one John Beckman.  Beckman reportedly knew Hutchinson 30 or 35 years before from the city of Takama, NB. What the Beckman/Temple relationship was at that early time is not documented, but Beckman's son-in-law testified after Hutchinson's arrival in Arlington he often heard him speak of a land claim he had filed in Nebraska. As we shall see, this seemingly unimportant information would prove significant in terms of later court-related events.

Hutchinson Temple died on 2/28/96 in Arlington, Washington. No details are available pertaining to his passing circa the age of 58 years.  A member in good standing with the local G.A.R. Post, he was, under their auspices, buried in Arlington's Harwood Cemetery. Never married, Hutchinson left behind no widow or children. He did, however, leave behind potential heirs.

On 6/7/10,years after Hutchinson's death and burial, within the Superior Court of Snohomish County, Washington a motion was filed by elder brother William - then residing in North Dakota -  on behalf of he and two of his siblings- Ephriam (address unknown) and sister Hananah Chambers (address unknown). Focus of the legal action was to prove that the Hutchinson Temple who died in Washington was the same Hutchinson Temple who had once claimed an 80 homestead in Nebraska. If this could be proven, it was the contention of the Temple siblings that as Hutchinson's heirs, by reason of his military service, they were entitled to 80- 90/100 acres of public land. The line of reasoning seems to have been that military service homesteads were 160 acres and that Hutchinson had only relinquished his right to half of that acreage. While available court records are vague on the matter, it appears that the court ruled that when selling his original homestead he had also relinquished his "additional" homestead right thus making his surviving siblings ineligible to claim the supposed other "half" of Hutchinson’s homestead.  So ends the saga of Civil War cavalryman Private Hutchinson Temple.