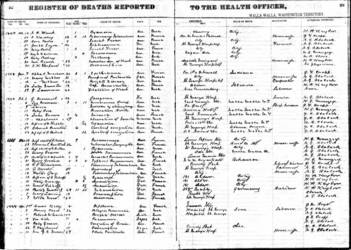 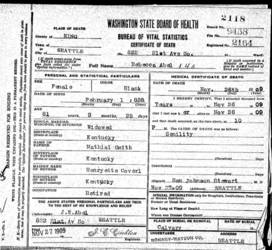 Granddaugher, Mary Elizabeth Abel is also buried at this cemetery. Her grandson, James W. Abel is buried at Holyrood Cemetery.

James W. Abel was the son of laura Abel and the grandson of James Abell, Civil War Veteran who is buried in Walla Walla County, Washington. He was married to Matilda Bertha Pierson in November 1897 in Denver, Colorado. They were the parents of one child, James William Carl Abel born 1898 in Colorado. Between 1900 and 1902, the family along with Rebecca Abel (widow of James C. Abel) resided at 822 - 21st Avenue South, Seattle. 1871-1961