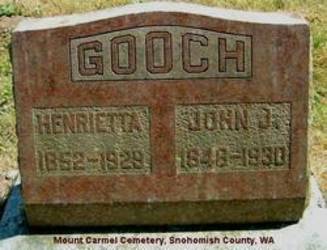 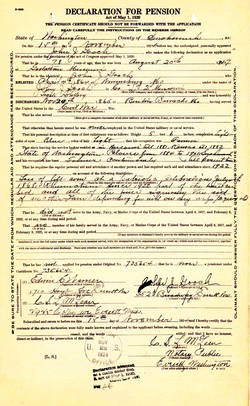 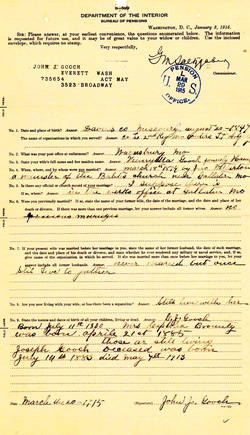 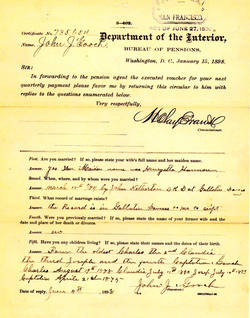 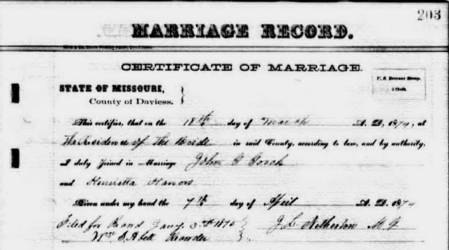 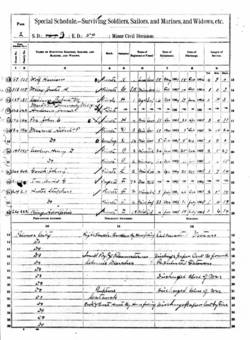 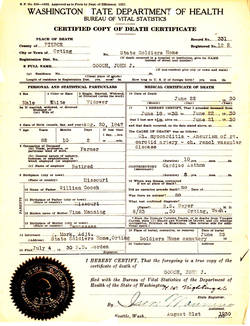 During the American Civil War infantry and cavalry regiments generally stayed together and fought as cohesive units. Such was not the case for artillery regiments. Instead, individual companies (Batteries. Generally 4 - 6 guns) were assigned where ever needed. As a result artillery regiments seldom, if ever, came together as a complete entity.

The 2nd Missouri artillery was organized during the summer and fall of 1861. It was on duty within the state until reorganized in February, 1864. At that time it was equipped and mounted as a regiment of light artillery with the result that different batteries were soon afterwards scattered throughout the country.

Battery "L" remained about Sedalia and Warrensburg, MO until September 24, 1864 when it was ordered to Jefferson City. There it participated in the campaign against the forces of Confed. Gen. Price.

The following is a field action report submitted by Lieut. John H. Kendall commander of Battery "L" regarding an incident in which it participated on September 2, 1865:

"I have the honor to report the result of a skirmish with a loss of two of my company and some Indians on the 2nd of the month.

I lost two men killed. My men killed 2 Indians and captured 2 ponies with some other trophies. The men killed by the Indians had been out hunting and were returning to camp when attacked.”

John J. Gooch was probably born in Gallatin Daviess County, Missouri. Available documents present several birth years, but the only complete - date, month, year - enumeration found is August 20, 1848. As such, this is the birth date we are focusing on herein.

We are certain that John's father was William T. Gooch (b. 12/8/10 TN). As for the identity of his mother - as well as the mother/mothers of his siblings - not even family members have been able to sort out that identity issue. Three different names are found in conjunction with being William's spouse. Likely, John’s mother was William’s first wife Levina "Vina"/”Vinnie” (nee Manning b. ca. 1825 TN) Gooch. Her name appears only in the U.S. Census for 1850.

Two other women later appear as possibly being William's spouse, one with a maiden surname of Trumbe - M.A. [Amanda?] (b. ca. 1839/'40 MO or AR) and Sarah A.  (no nee b. ca 1832 OH) -Their birth years make it unlikely either would have been John's mother; some of the other Gooch children, yes, but not John's.

All the Gooch children were raised in a farm family environment. In 1850 the farm was in District 27 of Daviess Co., Missouri, while in 1860 it was in or near Beat 3, Bonham (post office) Fannin County, Texas.

By April of 1864 William and family were back in Missouri, likely residing in or near Warrensburg in Johnson County. It was on 4/4 of that year in Warrensburg that young John enlisted in the U.S. Army. While military records denoted him as being 18 years of age when he enlisted, accepting 8/20/48 as his birth date, he would have been only 15.7. Perhaps it was because John was "presented" to the recruiting station by one Archibald Seigried who was already a member of Co. (Battery) L of the 2nd Missouri Light Artillery. It may have been that Private Seigried volunteered to look after the teenager, so Gooch was accepted into the battery.

For enlisting it appears Private Gooch received a $240 enlistment bonus or "bounty" a portion of which was to be paid up front with the balance to come in later increments. This was a tidy sum of money in 1864 considering that the pay of a private soldier was $13 per month.

It is at enlistment that we gain our first information about John J. Gooch the physical being. Beyond being 15.7 years old, he stood 5'6" in height, had blue eyes, light hair and a light complexion. His listed occupation was "farmer."

Looking over Private Gooch's period of military tenure, it proved to be very benign. As the battery he joined was then stationed in or around Warrensburg, Missouri, he rendezvoused with it the day following enlistment. After that, with the exception of a ten day furlough after the shooting stopped in 1865, he was always present for duty.

After settling accounts with Uncle Sam for lost equipment - spurs, an artillery whip and satchel - as well as getting his enlistment bonus straightened out and paid, John Gooch was once again a civilian.

As best as can be determined, after leaving the service John returned to his father's farm. It appears likely that farm was in or near Warrensburg, MO as it was in that community on 7/4/68 that tragedy struck our former artilleryman.

Based on John's later telling, on that Fourth of July he was participating in a patriotic ceremony which appears to have involved him manning a cannon which was firing salutes in celebration of the holiday. It seems that John was utilizing a wood handled swab cleaning or otherwise servicing the barrel tube when an explosion occurred shattering the swab staff and injuring him to such a degree that it necessitated the amputation of 1/3 of his left forearm, 1/3 of his right middle finger and imbedded wooden slivers in his right forearm. How ironic to have survived a shooting war without a scratch and then have such an accident occur.

The U.S. Census for 1870 found John residing in Marion Grundy County, Missouri in the farm home of his father and stepmother, Amanda.  Also were his residing therein were younger brothers Joseph and Austin as well as his sister Olivia.   this was most probably another farm setting

On 3/18/74 at a Baptist church located near Gallatin Daviess County, Missouri, John married Henrietta “Iretta” Hannon (b. 5/1/52 SC). In 1900 Henrietta would claim to having birthed five children, three of whom were then living. However, there appears to have been a sixth Gooch child, their first born whom they named Layafett. Lafayett obviously died in infancy as the only mention of his name is in an 1876 census taken In Township 61 of Daviess County, MO.

1880. Dawn of a new decade. A new census tally. The population count of that year placed John, "Iretta", James and Charles in Liberty Grundy County, Missouri. John's father, William and partner/wife Amanda were living in the same community.

As noted by the birth states of John and Henrietta's children, the Goochs did not spend their entire lives together in Missouri. Most of their children were born there, but one was birthed in Kansas. Finally, as we shall see, they ended their years in Washington Territory/State. First, however, to Kansas.

In 1881, for what reason we do not know, the Goochs pulled up stakes in Missouri and moved to Kansas. Their Kansas stay was to be short-lived. It was so short that we do not even know where the family settled during the up-to two years they lived there.

By sometime in 1883 the Gooch family was in Washington Territory. There, it appears they first settled in the far eastern portion of the territory/state 2.5 miles outside the small, rural Whitman County community of Palouse. A Washington statehood population count of 1889 found farmer John and family at that location residing in home of John's carpenter Brother Joseph. Based on this bit of information, perhaps it was Joseph who prompted his older brother to "move west." While U.S. Census data for 1890 is not available because it was mostly destroyed by fire, a veteran count taken that same year also placed the Goochs in Palouse.

It was on July 29th of 1890 while in Whitman County that John, like millions of other aging Civil War veterans, began the paperwork necessary for those in the search for a U.S. Government disability pension stipend based on ailments or other physically handicapping conditions which traced back to their soldiering days. In John's case he referred to weak lungs (caused by the measles), but more importantly post war afflictions such as the (1868) loss of his left forearm and a portion of his right middle finger as well as wooden cannon swab splinters which were still imbedded in his right forearm. He also claimed catarrh (infection) of the head (1882).

While available information is somewhat murky on the matter, it appears that - based on his post-war cannon injury - John was rather quickly awarded a $12 per month stipend dating retroactively to 8/8/90. That stipend would increase dramatically before his passing. More on this, later.

1900. A new century, decade and census. In this tally from Trunbow Whitman County, WA we learn that, as earlier noted, of John and Henrietta's children, only three were then living. Further we learn that the three – Claud Joseph now a blacksmith by trade, James H. and Captolia were living under their parents' roof.

A year or less after the census of 1900 the Gooch family quitted eastern Washington and moved to the Puget Sound region of western Washington State. As is many times the case, what prompted the move is not documented.

In western Washington it appears John, Henrietta and family first settled in the community of Arlington. Arlington is located in Snohomish County.

John's occupation in 1910 was listed as engineer. Ten years later that title was further clarified as "stationary engineer." In both instances, likely John was the custodian in buildings heated by a steam boiler which he tended.

The Goochs did not stay long in Arlington as, by the end of May, 1912 they were living south of there in Everett, Snohomish County, WA. Their address in Everett was 3523 Broadway.

In 1914 we find that John's pension striped was increased to $14.50 per month.  The following year we hear that only two of John and Henrietta's children – “C.J.” and .Captolia – are still living.

John's health began to fail in 1922. He was becoming more frequently bedridden and needing constant care from his wife. Two years later, on 11/15/24 Henrietta sought the assistance of attorney Edwin C. Warner, a Civil War veteran himself (G.A.R. Cemetery Snohomish, WA. Block 2, site 22) in an attempt to obtain additional pension monies for her husband and herself.

Likely it was because of Henrietta’s request that a medical examination of John was conducted in early January, 1926. The findings of that exam were that although the old veteran could eat without assistance when food was prepared for him, because of catarrh (infection) and indigestion it was difficult to nourish him. Further, because of his inability to see he could not walk safely. To make matters worse it was said he was in the final stages of senile decay and too feeble to go out of his upstairs room if he did get out of bed. In all, John needed an attendant.

The outcome of all of this evaluating was that John's pension was upped to $72 and by 8/5/26 he was a resident of the soldiers’ home in Retsil, Kitsap County, WA. Interestingly, documents are silent on whether or not Henrietta was residing there with him.

In August and September, 1926 the soldiers' home moved to get John's pension increased from $72 to $90 per month. While that effort was successful, it came with a cost. If John accepted the $90 stipend he could no longer reside in the soldiers' home. John declined the larger pension.

Henrietta died in Seattle, King County, Washington on 5/14/29. While it is not documented, she may have been residing with son Claud and his family at 7617 Latona Avenue. She was/is buried in the Mt. Carmel Catholic cemetery located in Everett, WA.

The census for 1930 had John in Seattle living with son Claud, but this was likely only the mailing address for receipt of his pension checks the last of which was received on 6/4/30. He died 6/22/30 in the state’s other soldiers' home located in Orting, Pierce County, Washington.

Cause of death for the 82.10 year old John was chronic myocarditis, an aneurism of the right carotid artery and chronic renal vascular disease. Contributing was five years of cardial asthma.

John’s state death certificate indicates he was buried in the Orting Soldiers' Home cemetery. In actuality he was/is buried in Everett’s Mt. Carmel cemetery beside Henrietta.

After his father's passing Claud sought compensation from the U.S. Government for $116 expenses accrued for his late father's embalming, rough box coffin and transportation of his remains from Orting to Everett. The Government reimbursed $100 of those expenditures.