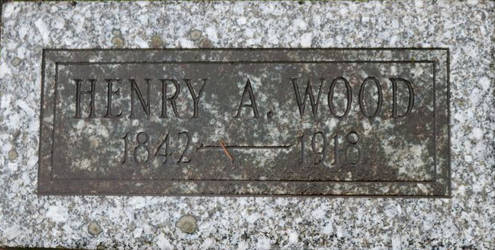 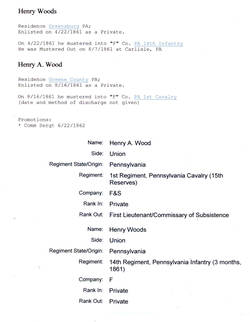 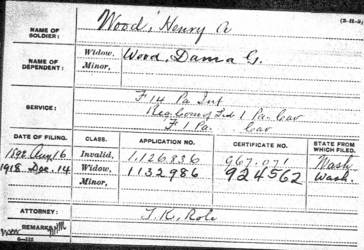 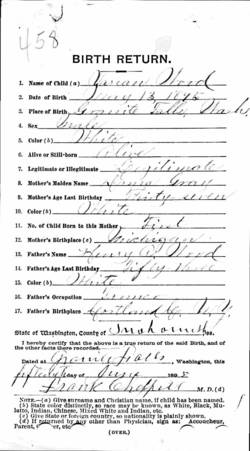 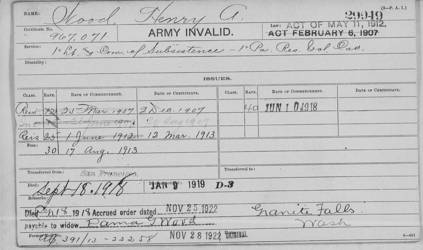 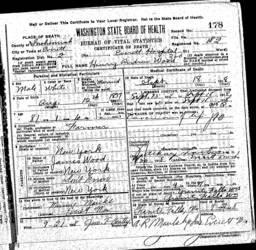 The 14th, a three month eastern theater regiment, was formed at Camp Curtin located at Harrisburg, PA. It contained companies that had been recruited in various regions of the state. Many of the men comprising those companies had seen service in the Mexican/American War (1846/'47), so were familiar with the life of a soldier. Still, in early May, when the unit was moved to Camp Johnston (the fairgrounds) near Lancaster, PA it was drilled in Scott's tactics and the practice of that system.

On 6/3/61 the regiment was moved to Chambersburg, PA. From there it crossed the Potomac River into Virginia. In that state it set up camp near the town of Martinsburg. From there several expeditions were made into the country, but in every instance failed to find the enemy.

Before leaving Martinsburg citizens of that place presented the 14th with a beautiful flag. When, subsequently, the town fell into Rebel hands, many of the townspeople who had been involved with the flag presentation were subjected to bitter persecution.

Departing Martinsburg, the 14th marched to Bunker Hill where the Confederates were reported to be in force. Arriving there, however, all that was found were empty camps.

From Bunker Hill the unit moved on to Charlestown and then to Harper's Ferry. It was at the latter place they first received intelligence concerning the battle of Bull Run/Manassas, VA was received.

The 14th's term of enlistment having expired, the regiment was ordered to Harrisburg, PA for final muster and discharge. That city, however, was already teeming with soldiers, so the unit was diverted to Carlisle where the men were paid, mustered out and discharged.

REGIMENTALLOSSES:
No Loss Information Is Available.

The 1st (44th regiment, 15th reserve) was a three year, eastern theater, cavalry unit. In July and August, 1861 ten companies left Pennsylvania and proceeded to Washington City where regimental organization was completed and mustered in to Federal service.

After Washington City the 1st stationed at Taneytown, MD until 10/10 when it was moved into Virginia. In November it made a raid on Dranesville and five companies participated in the battle of that place in December.

The regiment fought its final battle at Ream's Station (8/25/64).It was mustered out of existence on 9/9 at Philadelphia, PA.

With the disbanding of the original 1st, unit's re-enlisted veterans and new recruits were packaged into a four company battalion. Joined by veterans of the 6th and 17th Pennsylvania cavalry, this organization - dubbed the 2nd Provisional Cavalry - continued on in the field until being mustered out on 8/17/65 in Louisville, KY.

Henry Andrew Wood was born 8/12/37 in the state of New York. Available documentation does not provide his specific birth date.

The father of Henry was James Wood (no b. d. NY).  The name of his mother is not known.

No information is available about any possible siblings. Also lacking is any insight into Henry's childhood, teenage and formative adult years.

The first we learn of Henry is when - as Henry Woods - he enlisted in the U.S. Army. Without access to his military service records very little information is at hand. We know that in the opening days of the War he enlisted into and was discharged from the 14th PA Infantry, a three month unit. On the heels of that discharge he re-enlisted in a second unit - the 1st PA Cavalry - in which he served until the War's end.

Surviving the conflict Henry returned to civilian life. Where is not known. As of this writing he has not been located in the U.S. Census tallies for 1870 or 1880. Numbers for 1890 are not available because most of that census was destroyed by fire.

Henry did not marry until later in life.  While no specific date is documented, the ceremony took place around 1894.

The bride Henry took was Diadama "Dama" Gray. Dama was born in Michigan during the month of June, 1858.

When Henry and Dama had arrived in the Puget Sound region of western Washington is not known. The only hint regarding that date is that Henry was in Washington by 1892 when he applied for and was granted a U.S. Government disability pension based on ailments or illnesses that may have traced back to his days of Civil War soldiering.

1900. A new century. A new decade. A new census.  The government tally for that year found Henry and family farming in or near the Snohomish County of Granite Falls. A decade later, in 1910, he was still farming, but his community was identified as Gregory. It is not yet known if this community name change indicated the Wood family had physically moved.

Henry A. Wood died on 9/18/18 in the Everett Hospital located in Everett Snohomish County, Washington. . Cause of death was carcinoma (cancer) of the lip. The deceased was aged 81 years, 1 month and 6 days. Burial was/is in the Granite Falls American Legion Cemetery.

After Henry’s death Dama remained in Snohomish County. The U.S. Census for 1920 found she and son Varian farming in Outlook Snohomish Co., WA. Again the significance of the community name is not known.