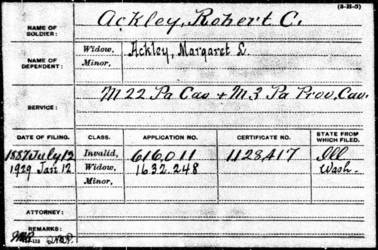 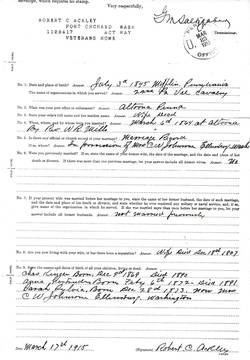 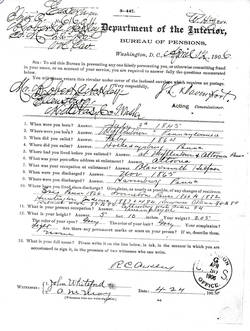 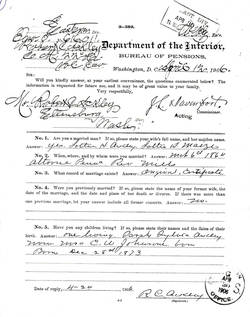 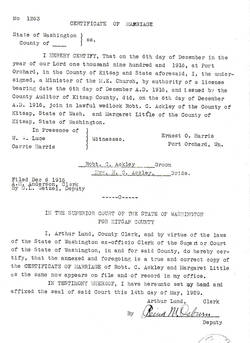 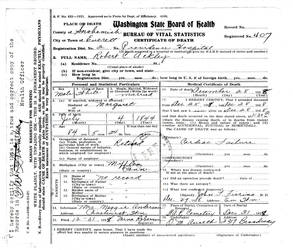 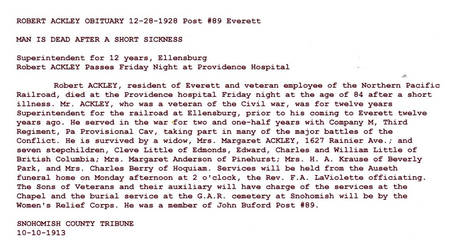 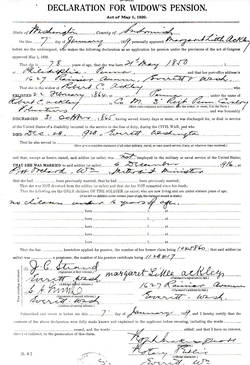 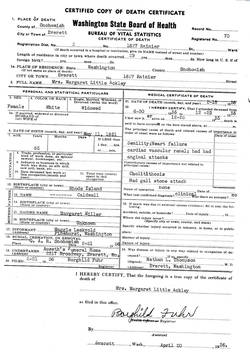 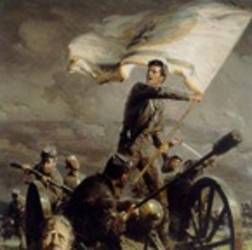 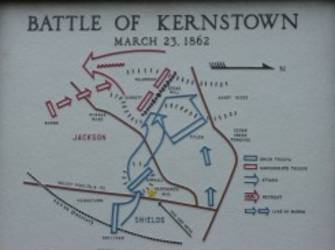 The 22nd first saw life in mid ’63 as a six-month unit formed in the wake of President Lincoln’s call for troops to repel Confed. Gen. R.E. Lee’s invasion of the north. In Feb., 1864 a “new” 22nd three year unit, the 185th of the line was born from the consolidation of 5 companies of the old 22nd with the 5 companies of the Ringgold Battalion and 2 companies of the “Washington” and “Lafayette” cavalry.

Around mid ’64 the regiment was temporarily given muskets and assigned (as the 185th Infantry) to a brigade that saw action against Confed. Gen. Jubal Early’s forces in Maryland. By Aug., the 22nd was mounted and equipped as cavalry. A portion of it then joined in Natl. Gen. Phil Sheridan’s campaign in VA’s Shenandoah Valley where they saw action at Kernstown, Berryville, Charlestown, and Halltown. At the same time, a detachment left behind in Maryland was engaged at Lynchburg, New Market, Moorefield and Chambersburg, VA.

The unit then turned its attention to Fisher’s Hill, Brown’s Gap and Meyer’s Cave where a determined, but costly charge saved the entire division (wagon) train.  It lost heavily in the successful Union action at Cedar Creek then completed the year on picket and scouting duty against roving bands of Confederates. Co.’s E and F were mustered out on 7/19/65.

Those companies remaining were then consolidated with the 18th PA Cavalry to form the 3rd Pennsylvania provisional Cavalry, which faded into history on 10/31/65.

NOTE: The original birth-to-death biographical profile on Robert Ackley was created in the early days of the Civil War Vets Buried in Washington State project. As such, it suffered from limitations in size and resources to be drawn upon for its writing. What follows is an up dated profile written in May, 2018. While it provides many details not available in the
original, it still does not reflect the depth and degree of research resources from the National Archives in Washington, D.C. utilized in recent biographies.

As best as can be determined from available documentation, Robert was the third of six Ackley children. Siblings older than he were Benjamin Franklin (b. 2/14/33 PA) and James D. (b. 1835 PA). Those younger are identified only by first and middle initials. They were S.E. (b.1838 PA), M.A. (b. 1839 PA) and J.S. (b. 1839 PA). As noted, all of the known Ackley children were born (and raised) in Pennsylvania. More specifically, they were born and raised in Mifflintown, Pennsylvania.

In early 1864 Robert, a 5’8” teenager - listing his occupation as blacksmith helper or molder - joined the U.S. Army’s “new” 22nd Pennsylvania Cavalry. Except for some illnesses and one notation of being away without leave, his military tenure was without personal trauma.  At discharge he had risen to the rank of corporal.

The story of the Ackley’s, like that of many American Civil War veterans and their families, is one of westward movement. The U.S. census tallies for 1870 and 1880 found the Ackerlys in Pennsylvania, first in Oil City Verango County and, later, in Brokenstraw located in Warren County.

In Oil City Robert listed his occupation as engineer. In Brokenstraw he listed it as railroad engineer. While early records are not clear as to whether Robert was a construction engineer or a locomotive engineer, it was the latter. Later in life his occupation was listed as clerk in a railroad roundhouse. Robert, it appears, was familiar with railroads and railroad locomotives. He would follow their steel rails westward.

Around 1883 the Ackleys departed Pennsylvania and settled in Huntington, IN. They apparently lived there only one year before moving on to Kankakee, IL where they remained to 1889. In 1889 they headed west to Owl Creek located in Cowlitz County Washington Territory/State.  They remained there until 1894 when they resettled in Ellensburg, Kittitas County, WA. While in Ellensburg Robert reportedly served as a superintendent on the Northern Pacific Railroad for twelve years and, later (1910) was employed as a clerk in the local railroad roundhouse.

Lottie died in Ellensburg on December 18, 1907. The cause of her death is not known. Interment was on December 20, 1907 in the Ellensburg IOOF cemetery.

By late 1915 Robert then an aging Civil War soldier was residing in the Washington State Veteran’s Home located in Retsil, Kitsap County near Port Orchard, WA. There, on 12/6/16 he remarried to the previously wed Margaret E. Little, nee Miller.

As of the1920 census Robert and Margaret were residing in Everett, Snohomish County, Washington. Robert died there of cardiac failure at Providence Hospital 11:30 p.m. December 28, 1928.  While his death certificate lists his age as 84 yrs., 5 mos., and 24 days, this is based on a birth date of 7/4/44 rather than the 7/3/45 noted on documents signed by the veteran himself. Burial was in the Grand Army Of The Republic (G.A.R.) Cemetery in Snohomish, Snohomish County, Washington.

Margaret Little Ackley survived her second husband by over seven years. She died 2/18/36 at the age of 85. She is buried next to Robert in Snohomish.