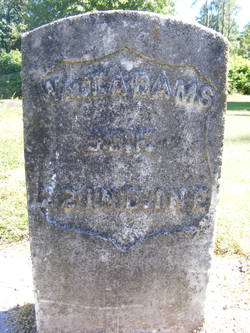 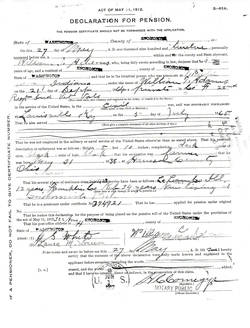 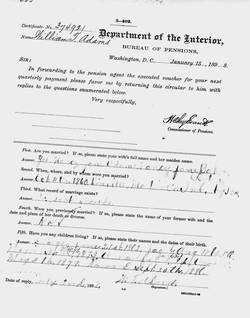 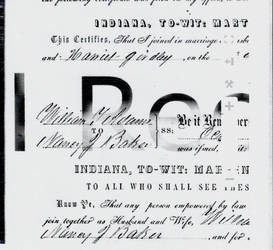 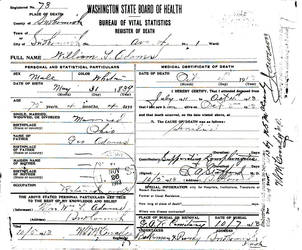 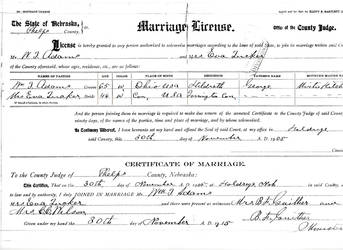 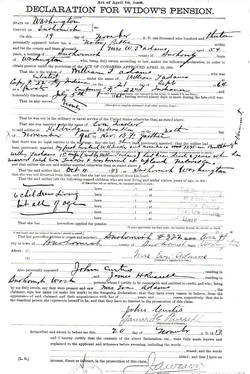 The 22nd, a three-year “western theater” regiment left the state shortly after Federal muster.  Its initial assignment was with Fremont’s army attempting to bring relief to besieged Lexington, KY. That effort proving belated the regiment moved into Missouri and, by early 1862, Arkansas where they participated in the battle of Pea Ridge.

The unit next moved to Batesville and Cape Girardeau in MO then to the siege of Corinth, MS.  By fall it was marching through TN and KY.  At Perryville, in the latter state it lost 56 killed, that being one half of its number (engaged).

The end of that year saw a sufficient number of the troops reenlisting, so the regiment retained its organizational identity.  In 1864 the 22nd actively participated in the Atlanta campaign and was in most of the skirmishes during the Federal advance on Savannah, GA.

The Carolinas campaign that followed Sherman’s march to the sea found the regiment engaged at Averasboro and Bentonville.  With the surrender of Confederate Gen. Johnston’s army the 22nd moved to Washington D.C. and final muster.

ED. NOTE:  The original birth-to-death personal biography on William T. Adams was written during the early years of the Civil War Veterans Buried In Washington State project. It was limited in both size and in terms of available resources to draw upon for research purposes. The profile below was written in May, 2018. While it contains much more personal information l than the original, it still suffers from a lack of details that can only be gleaned from documental files available

from the National Archives in Washington, D.C.

In 1850 the Adams family resided in Rush Tuscwaras County, Ohio. A decade later they were in Mitcheltree, Martin County, Indiana. While it is not documented, the Adams family were likely farmers.

In 1864 William, by then a 5’ 10” darkly complexioned farmer, was drafted into the U.S. Army for a period of one year.  The only available notation pertaining to his time in the service is that he was always present on (his company’s) rolls and was mustered out with this detachment.

After leaving the service the Adams family apparently resided in Gridley, McLean County, Illinois for twelve years. Then, they moved on to Nebraska where they resided first in Antelope, Franklin County and then Salem which was also in Franklin County. It was there on 4/30/01 Nancy died.  She was buried in Franklin County’s Upland Cemetery.

It was in Snohomish on 10/4/13 at the age of 75 yrs., 4 mos., and 4 days William died of “senilis”.  At some point he had acquired a government disability pension based on his army service as, at the time of his death he was receiving a $22.50 monthly stipend.  Available paperwork indicates the second Mrs. Adams may not have been successful in petitioning to continue receiving all or a portion of the pension monies.

William Thompson Adams was/is buried in the Grand Army Of The Republic Cemetery, Snohomish, Snohomish County, Washington. The final resting place of Eva is not known.