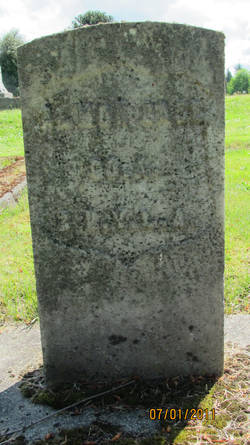 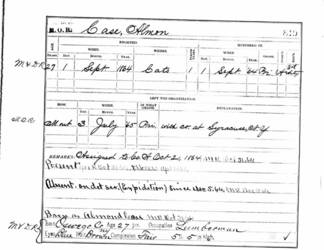 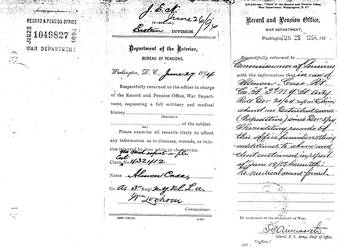 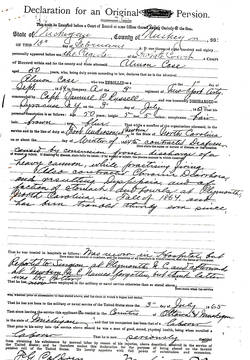 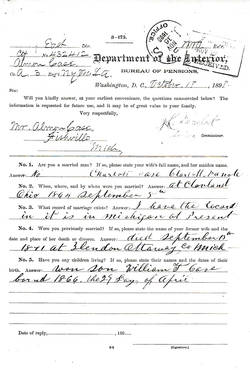 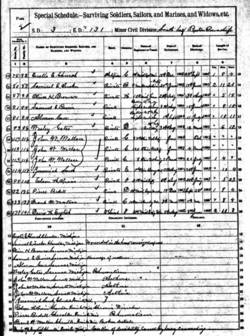 The initial mustering of the 3rd N.Y. Light Artillery was during May, 1861. Varied enlistment terms of recruits resulted in companies being shuffled and regrouped during the unit’s first two years. The 3rd first served as an artillery regiment at or near Washington D.C. from Dec., 1861.

This one year company was mustered in on 9/23/64 under Captain Samuel P. Russell. It originally served in the 18th Crops and Dept. of Virginia before moving to Carter’s Division, Provisional Corps in North Carolina from March 2 to April 17, 1865. Mustering out was on 7/3/65.

ED NOTE:  The original birth-to death biographical profile on Almon Case was written during the early of the Civil War Veterans Buried in Washington State project.  As such it was limited both in size and in the number of research resources available.  The profile below was created in July, 2018. While it contains many more details than the original, it still suffers from a depth of information that can only be garnered through pension and other files housed in the National Archives located in Washington D.C.

Biographical information on Almon Case is scarce.  He was born in Oswego, NY on February 4, 1837.  His parents were John (no b. d.) and Elizabeth (nee Bucks no b. d.) Case.  Although the Cases were a farm family it is not known if there were other case children, besides Almon, in the home.

The U.S. Census for 1860 tallied Almon residing in a boarding house located in Blendon, Ottawa County, Michigan.  His occupation at that time was listed as “teamster”.

September, ’64 was an important month and year for Almon, now a 5’5” blue eyed laborer as within the span of one week he enlisted in the U.S. Army in Syracuse, New York and got married in Cleveland, Ohio.  His bride was Charlotte Van Ort (b. 1840/OH).  When and how the two met is not known.

Military service was to contain pitfalls for Private Case.  For one thing, while engaged in firing practice at Fort Anderson at Newbern, N.C. a concussion from the discharge from a heavy cannon caused him to become deaf.  Also, while at Plymounth, N.C. he contracted chronic diarrhea.  The resulting dyspepsia (digestive problems) were to plague him for years.

The War behind him, returning to civilian life Almon and Charlotte likely settled in Blendon, Michigan.  It was there on 4/29/66 their only child who would survive to adulthood, son William T. Chase, was born.  A second son, John, born in 1869 and who was ten months at the time of the 1870 U.S. Census for Blendon was taken, likely he died thereafter as his name is not documented following that date.

On 9/13/71 in Blendon Michigan, Charlotte died.  No details are available pertaining to the cause of her death or her place of burial.

On 2/21/88 while in Michigan Almon requested a U.S. Government disability pension based on ailments and medical issues which traced back to his days of Civil War soldiering.  It is not known if a pension stipend was granted.

From available documents it appears Almon remained in Michigan until the last portion of his life.  The 11/12/97 Snohomish County Tribune noted that the (now) Muskegon, Michigan resident was coming to Snohomish to visit his son. In 1900 the census for Snohomish County, Washington found the old soldier residing with his son William, his wife and young daughter.

Almon died in Snohomish on 1/15/02.  Burial was/is in that community’s Grand Army Of The Republic (G.A.R.) Cemetery.