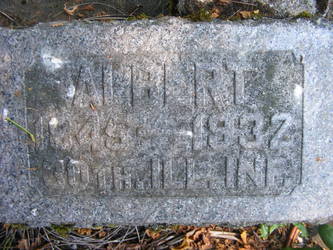 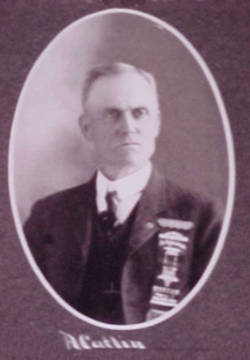 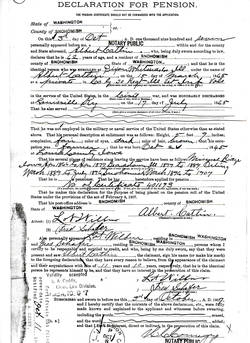 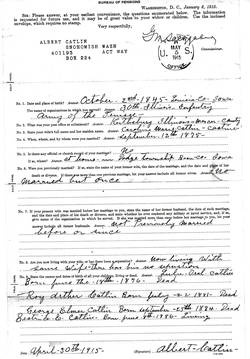 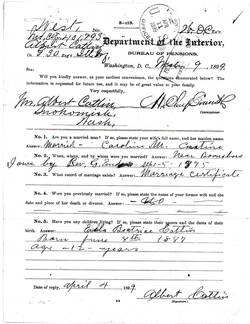 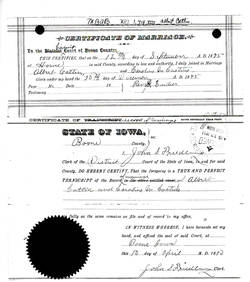 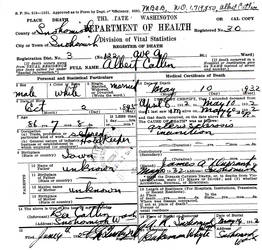 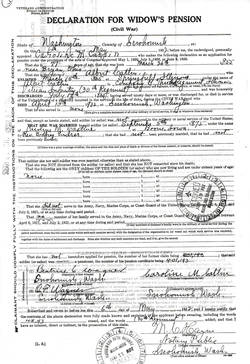 This three-year “western theater” regiment moved from Illinois into Kentucky in Oct., ’61. 1862 began with the 30th assisting in the taking of Forts Henry and Donelson and ended at Memphis, TN. The intervening months had seen much action including the successful battle against 6000 enemy cavalry at Medan Station, MS. Joining Gen. U.S. Grant’s army in 1863 the 30th fought at Raymond and Champion Hills, MS where, in the latter action, the regiment lost heavily.

The sieges of Vicksburg and Jackson, Ms followed. In 1864 the unit joined Gen. Sherman’s “Grand Army” for its move to Atlanta, and, with the fall of that city, his “March to the Sea.” On 3/25/65, after fighting a number of battles, the 30th arrived at Goldsboro, NC.

It next moved to Raleigh before marching northward via Richmond and Alexandria, VA to participate 5/24/65 in the Grand Review in Washington D.C. A rail movement to Parkersburg, VA was followed by a steamboat trip to Louisville, KY where the 30th received final muster and started for home.

ED. NOTE:  The original birth-to – death biographical profile on Albert Catlin was created during the early years of the Civil War Veterans Buried In Washington State project. As such it suffered from limitations in size and research sources. The following update was written in June, 2018. While it contains more details than its predecessor, it still lacks the documentation provided in more recent profiles which rely heavily on documents from the National Archives located in Washington, D.C.

In March 1865 as America’s War of the Rebellion ground to a close, while residing in Keithsburg, Mercer County, IL Albert, a 5’ 9” teenaged farm boy with brown hair, dark eyes and a fair complexion, entered the U.S. Army. At enlistment he noted his occupation as “farmer.”

While most documental notations point to his enlistment, one indicates he may have been drafted.  In either case, it does not appear Private Catlin’s brief military tenure proved deleterious to his health in terms of either wounds or illness.

Leaving the service Albert returned to Iowa.  There he resided in Mineral Ridge from 11/66 to 4/77. He then moved to Beardstown, IL.

In 1885 the Catlins were residing in or near the community of Dodge located in Boone County, Iowa.  In 1889 they moved west to Washington Territory/State.  Available documents do not tell us why the move was made.

In western Washington the Catlins first settled in Orting, Pierce County where Albert became a “hotelkeeper.” The 1893 City Directory for nearby Tacoma noted he was the proprietor of the Orting Lodging House.

By 1900 the Catlins had moved northward from Pierce County to Snohomish, Snohomish County, Washington where, once again Albert was noted as being a “hotel keeper” of an establishment which the Everett Snohomish County City Director for 1901 identified as he Rainier View Hotel. Although in 1911 the hotel was identified as being located at 122nd Avenue A, it is unclear if this was in the City of Everett or in the community of Snohomish.

As the decades passed Albert and Caroline continued settlement in the community of Snohomish. Albert also maintained operation of the hotel.

Albert Catlin, 86. 4 years of age, died at home in Snohomish on 5/10/32.  At death he was noted as being “one of the few *remaining members of Morton Post G.A.R.”  Cause of death was listed as arteriosclerosis (hardening of the arteries).  While pension papers indicate the Civil War vet had been receiving a monthly government disability stipend based on his military service, no dollar amount is provided.  Burial was in the Snohomish Grand Army Of The Republic (G.A. R.) Cemetery.

Surviving her husband, the last document entry on Caroline is dated 5/13/38 and notes suspension of death pension benefits stemming from Albert’s military tenure because of the “pending appointment of a guardian,”  most likely her daughter Bee.  Caroline passed from this earth on 12/22/38.  Although the location of her passing was north of Snohomish in Sedro Wooley Skagit County, Washington. She was/is buried beside Albert in the Snohomish G.A.R. Cemetery.