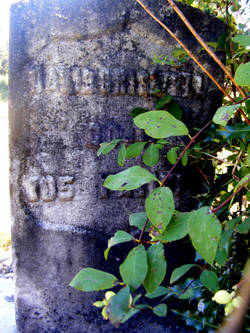 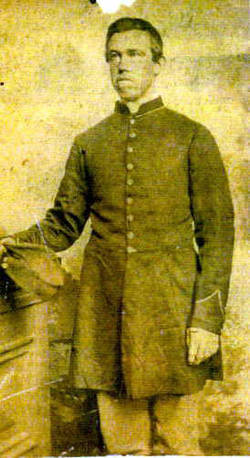 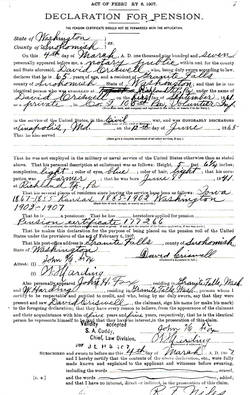 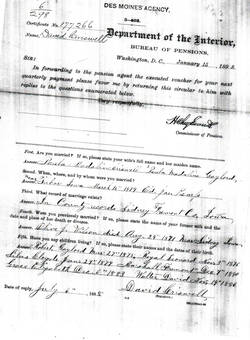 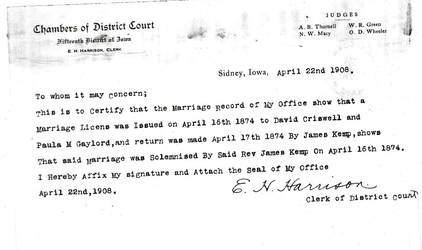 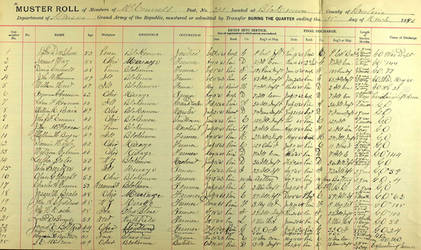 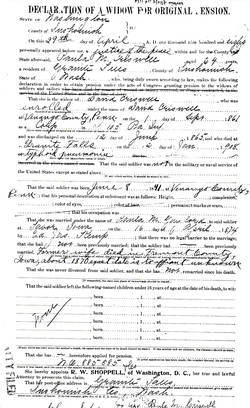 Raised primarily in three west central Pennsylvania counties the 105th, a three year unit spent the ensuing winter in Washington D.C. before moving to the Virginia Peninsula Campaign in March, 1862. There it took part in the siege of Yorktown and battles of Williamsburg, Fair Oakes, Glendale and Malvern Hill.

When the regiment reached Harrison’s Landing, and the end of the campaign, its ranks were so reduced by wounds and sickness that less than 100 men were fit for active duty. Still, the 105th would suffer additional losses in August at 2nd Bull Run and in December at Fredricksburg.

1963 found the regiment warmly engaged at Chancellorsville and at Gettysburg. Returning to Virginia the unit saw combat at Auburn, Kelly’s Ford, and Locust Grove before capping off the year with the Mine Run Campaign.

On 12/18 almost the entire regiment reenlisted. In May 1864 the 105th did its share of fighting at The Wilderness and Spottsylvania before moving on to Petersburg. 1865 saw the unit complete its combat career at Sailor’s Creek and then participate in the Grand Review in Washington.

Throughout its entire existence the 105th served only with The Army of the Potomac.

ED NOTE: The original birth-to-death biographical profile on David Criswell was written during the early years of the Civil War Veterans Buried In Washington State project. As such, it suffered from not only size limitations, but research resource limitations. Rewritten in June, 2018 the profile below features many more details than the original, but still suffers from a lack of substantive information that can be found in documents housed in the National Archives located in Washington, D.C.

David remained on the family farm until he enlisted in the U.S. Army on 9/1/61. The enlistment was made in his hometown of Richland.

His unit’s move to the Virginia Peninsula in the spring of ’62 would be significant to the young private only because in May and June of that year he wound up sick in the hospital at Philadelphia.  In December at Fredericksburg, however, he received an “unspecified” wound, which removed him from the 105th rolls until 2/28/63 when he re-enlisted.

Military documents next note Pvt. Criswell in July and August 1864 as “still absent” after being wounded in the right leg during fighting in The Wilderness (5/5/64).  Returning to the ranks, on 9/1/64 Pvt. Criswell was promoted to Corporal.  Shortly thereafter, on 10/27/64 he was listed as missing in action during fighting along the Boydton Plank Rd near Petersburg, VA.  It was later learned he was not only wounded during this fighting, but was taken prisoner.  After being detained at Richmond, VA and Salisbury, NC Cpl. Criswell was paroled and, after returning to camp on 3/13/65, finished the war on furlough.

Initially, David appears to have returned to Pennsylvania after being separated from the service. How long he remained there is not known, but by 1867 he was residing in Iowa.

At some undermined point he had married Olive J. (nee Wilson). The census for 1870 found he and Olive farming in or near the community of Sidney, Fremont County, Iowa.  Tragically, on 8/24/71 Olive died. Available records indicate the couple had no children.

All David and Paula’s children – except Walter - were born in Iowa. Iowa communities of residence noted for the Criswells were Prairie, Fremont County (1880) and Green (1885) also located in Fremont County. Occupations noted for David during this period were “agriculture” and “farmer.”

The Criswells move to Kansas took place sometime after Grace’s birth in January, 1883 and before Walter’s birth. What had prompted the move is not documented. The only residence location noted in Kansas was Atwood, Rawlings County (1900). There David listed his occupation as “truck gardener.”

At death David was receiving a $13 per month government pension based on injuries or ailments which traced back to his days of Civil War soldiering. Paula continued to receive at least a portion of her late husband’s monthly military stipend until her death on 1/28/15. She was/is buried beside David in Snohomish.