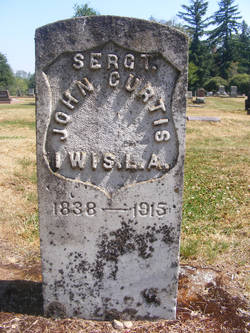 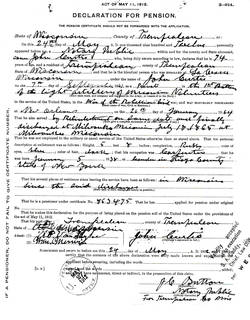 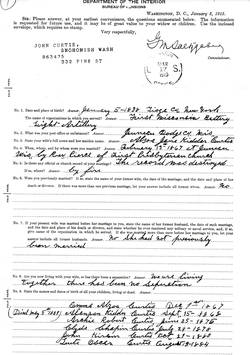 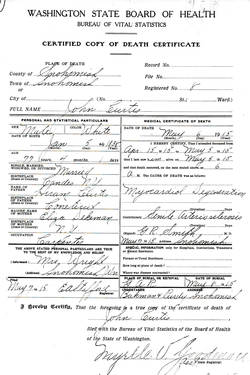 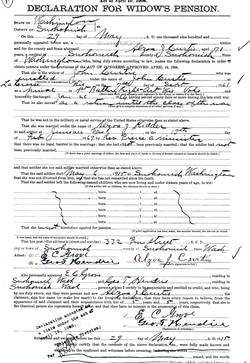 The 1st, a three-year “western theater” battery, remained in-state until 1/23/62 when it moved to St. Louis, MO. From there it joined an expedition to Cumberland Gap, TN that necessitated hauling their 20 lb. Parrot guns over steep passes by hand. In December, ’62, after a side trip to Virginia, the unit joined Union Gen. Sherman’s forces at Memphis, TN and started toward Vicksburg, MS.

The battery then played a prominent roll in the first attack on that city. During the Vicksburg campaign the battery fired over 12,000 rounds, the result being its Parrots became so worn and unserviceable they were replaced with 30 lb. models. After Vicksburg’s fall the 1st aided in the reduction of Jackson, MS. December, 1863 found the 1st at New Orleans, LA being equipped as horse artillery.

At this time an inspecting committee said of it:” A more self sustaining, self-reliant body of men cannot be found in the U.S. Army.” In April, ’64 the battery covered Union Gen. Banks’ retreat in the Louisiana/Texas Red River Expedition. In May it was engaged at Alexandria. On 11/26 the unit accompanied a cavalry expedition to West Pascagoula, MS, and then returned to New Orleans and Baton Rouge where it remained until returning home for final muster.

ED. Note: The original birth to death biographical profile on John Curtis was written during the early years of the Civil War Veterans Buried in Washington State project. As a result its scope was limited by size and research sources. The biography which follows was created in September, 2018. While it is more detailed than the original it still lacks the in depth details of more recent profiles found on this site.

John Curtis was born 1/5/38 in Candor, Tioga Co., New York to parents Hiram and Eliza (Dekeman) Curtis.  According to sketchy U.S. Census data available from this period he may well have had seven older brothers and sisters. No names are available pertaining to these possible siblings.

In 1846 the Curtis family moved from New York to Trempleau Co., WI.  It was there, with the outbreak of the War of the Rebellion, that John, described as a 5’8”; ruddy complexioned carpenter, entered the U.S. Army.

Health impairments during his time in the service would prove to be injury, rather than wound, related: Oct. 16 to Nov. 17, ’61 treated for illness.  No diagnosis. Dec. 1862 at battle at Hayne’s Bluff, (near Vicksburg) MS incurred piles (hemorrhoids).  Sept. 1863 contracted disease of the liver and, 7/1/64 incurred injury to left testicle.

Despite his ailments Private Curtis successfully completed his initial term of service and reenlisted as a veteran.  By the time the war ended he had been promoted to corporal and, finally, sergeant.

In 1870 the Curtis family was residing in Oak Grove, Dodge County, Wisconsin. There John listed his occupation as “grocery retailer. A decade later the family was still in Wisconsin, but then farming in or near the community of Trempeau in the county of the same name. This residential address continued into at least 1905.

In 1891 at the age of 53 the former Union artilleryman sought a government invalid pension based on his wartime service.  The pension was granted as; by the time of his death he was receiving $30 per month.

John and Alzoa moved from Wisconsin to Snohomish County Washington circa 1905.  The move was likely made in order to be near the families of their five surviving adult children who resided in Snohomish and other nearby communities.

It appears the couple first settled in Everett and, in 1909; Snohomish a small community named after the county located some miles east of Everett. . The census for Snohomish in 1910 noted the household as being composed of John, Alzoa and their youngest son, Oscar. John was noted at the time as being employed as a carpenter.

John Curtis died at home 5/6/15 at the age of 77 years and 4 months.  Cause of death was myocardial degeneration and, contributing, senile arteriosclerosis.  The death certificate noted his occupation as carpenter. Burial was/is in the Snohomish Grand Army Of The Republic (G.A.R.) Cemetery.

After John’s passing Alzoa never remarried. She remained in Snohomish and died there in late 1934 at the age of 90.She was/is buried next to John.